A Rookie No More (Remix) 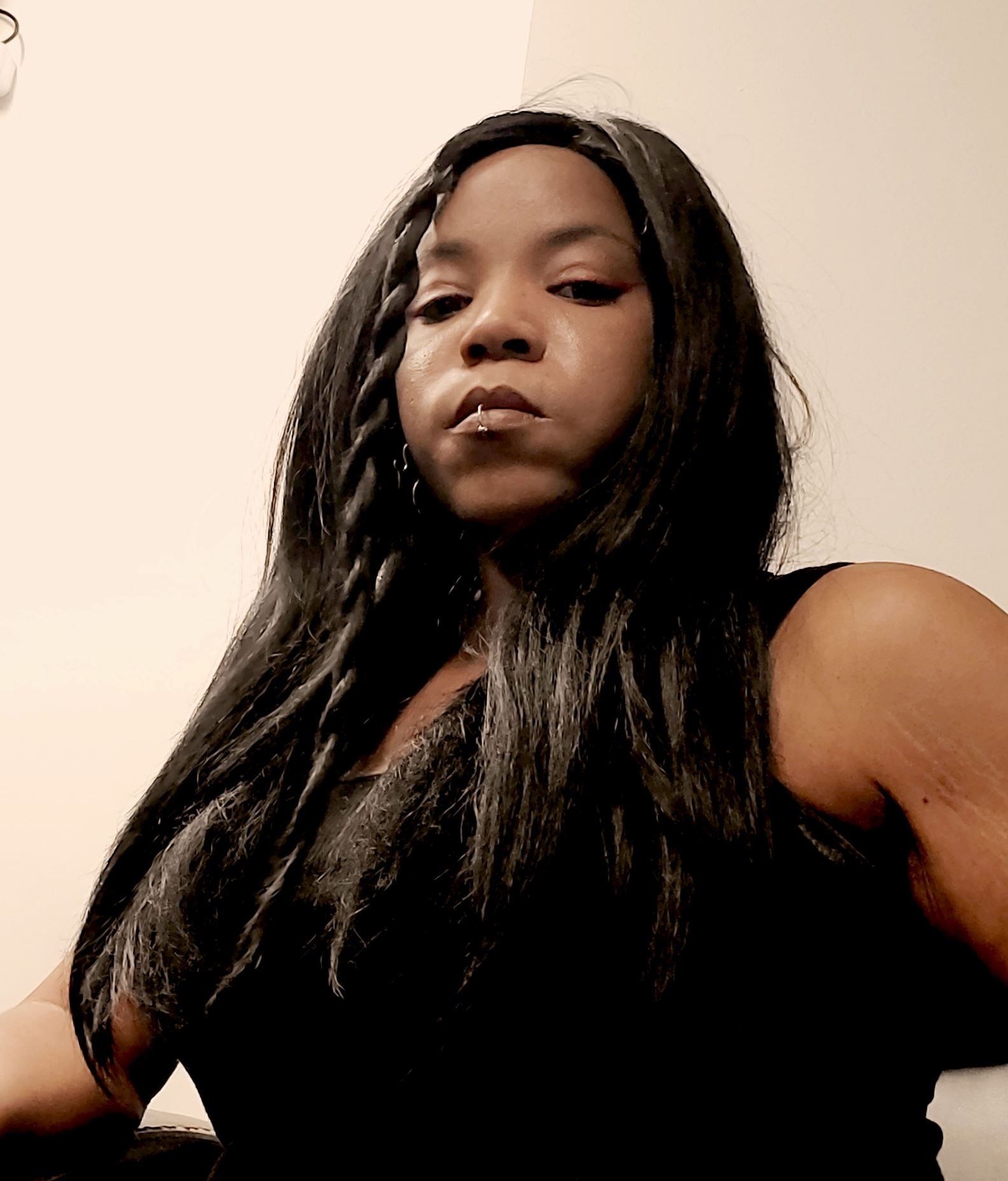 “Man, I don’t even know what we’re doin here. We ain’t got time for you to get yo dick wet.” Javier Morales didn’t stop walking or turn around to acknowledge his partner whining, he led the other man around a cinderblock wall and found an ugly patio with a gaggle of women in robes and head wraps lounging. “Hello ladies and them.” Morales bowed slightly and turned to face a weird looking short haired whomever when he said them. The assembled women and other, jumped up each of them rushing to put their arms around the man.

“Javi, Javi hi daddy!” The one he’d called them was the first into his arms, the other man stood there frowning. He started to speak but changed his mind when Morales extricated himself. “My friends, my loves, this is the new guy. Manny these are the ladies and them. This tall snowbunny right here is Lila, this is Miss Ginger.” The white girl and the light skinned girl in the red wig smiled at him and spoke together, “hi new guy Manny.”

The other two ladies were dark and delicious Candice, petite brown skinned Keisha and them, aka Ace. “Hi.” Manny wasn’t necessarily polite on a good day and that day he was incapable. He looked each of them up and down, made them for pros or strippers and looked at Javier, “really? Really these are your assets?” Lila and Ginger looked at each other and started taking off their earrings, Javier saw and moved to get the other man away, “sorry loves, he doesn’t know. Boss here?” Ace jerked a thumb at the door, “yeah she’s in the office.”

“Have fun Manny.” The white girl snapped her teeth at him, and he felt a strange frisson of pure black terror. It was the most secret fears, it made his guts bubble and his balls retreat to safety. The way they looked at him, it made him feel uncomfortable in some deep way he couldn’t name. He let Javier lead the way and just inside the back door Javier stopped, “listen mother fucker. Keep your mouth shut, smile, if you can’t say something respectful say nothing.”

That was the time Manny should have asked the nagging question, “who are we seeing? What are we doing?” Instead, he snorted and tugged his hat and rolled his eyes, “okay daddy.” Javier chuckled and turned to walk into the darkness, “dumb mother fucker.” Manny had to trot to catch up, “what you say?” Javier waved him off, “nothin come on.”

Inside Manny saw it looked like a strip club, but the building had no signage outside. Inside women wandered around, two girls were on a side stage working out their joint shower show, from far in the back left corner came a voice that cut through Manny and touched that dark fear in him, “Javier, I thought that was you.” The voice was almost sexless and deep, pleasant on top with an undercurrent of something sinister.

He turned to look and almost rolled his eyes. So much drama for what? The woman who emerged from the back of the club was petite woman wearing braids nearly to her knees, her big dark eyes were shiny but, cloudy as if she could see the room, the atoms in the room and something happening on a world five planets away. She wore a full length silky yellow robe; she was obviously naked underneath.

“Hello Javier and friend. Come on, let’s go in the office.” Manny managed to keep the outward signs of nervousness to a minimum but as they walked down the hallway past dozens of photos of beautiful girls, that thing inside him, the ugly little prey animal panicked. He felt the way he did the first time he went to jail and had been paraded in front of all those animals, he wanted to run squealing to hide somewhere.

By the time they were ushered into the lush burgundy themed office he’d gotten his shit together. He half listened to the other two chitchat while he looked around more walleyed than he realized. He kept thinking of periods for some reason and made a face. “You don’t like the décor Manny?” He gave her an ugly empty smile, “no it is, something.”

He let them continue their conversation until they stood. “Good to see you as always. We good?” The woman turned back to examine Manny and he felt like she sniffed him, the prey animal inside whimpered and gibbered, “oh we’re good Javi.” Her tone was so low and calm, it hit Manny like a velvet tongue across his fear. He found himself standing and watching her.

Javi walked by, slapped him on the shoulder. “Ay, it ain’t personal, just business.” Before a question could form in his mind, she was on him. She rode him to the ground like she’d leapt out of some tree and the last thing he understood was the thought, ambush predator. After she tore a mouth full of flesh out of his throat she sat on his belly, tipped her head back and called.

The girls and them streamed in, all too hungry to retain even the sly appearance of humanity. Lila and Ginger had each shed their ladylike heads and atop their shoulders each bore a multi mouthed cunt flower on delicate, pulsating pink stalks, Candice let her hood spread and the robe slip off of her body as the smooth brown skin crackled and speckled, the boss smiled at her. “You are so pretty. Come on and eat.” The last to descend were Keisha and Ace, each having taken the time to construct her and their webs, they waited patient as elder gods for their share.

Lila tore two handfuls of thigh meat from the still screaming man and bent to feed Keisha and Ace, the voice that moved through the poisonous labia for a face she had was sweet and high, “okay here you go honey. That’s good eat up.”

The boss watched her children feast for a while before leaving them to it, “make sure everyone puts their faces back on. Club opens at 7 and it is fleet week.”

As the door closef behind her she walked out to the floor for some last-minute check ins and one young woman needed a hug. Since being ejected from the pit, the boss had struggled to find her place until she opened Hellbabes Buffet…all they can eat.

If you want to check out the original version.

Shannon Barber Is an author from the Pacific Northwest. Their work has appeared in Wear Your Voice Magazine, Ravishly and Witchcraft Magazine. They are the author of the forthcoming poetry book, Gasoline Heart by Lark Books this Fall. Read their work on their site.

Tags:
Previous Article
After Everything Was So Rudely Interrupted