It must have been difficult for Allen Callaci to follow his memoir Heart Like a Starfish, which is a painfully intimate discussion of his near-death heart replacement surgery and the way he dealt with the reality of mortality. His newest memoir, 17 & Life, takes just as sensitive an approach to life and death. I don’t know that this story would have been possible without his publisher, Bamboo Dart Press’s, choice to publish prose chapbooks. 17 & Life is a novella length memoir that discusses the murder of Anna Marie Bachoc, the author’s junior high school friend, three or four years after he lost touch with her. He had an adolescent crush on her, and the memory of her and his feelings for her forced Callaci to deal with life and death issues. What I love about this memoir is that it does not pretend that because adolescents are young that their emotions are trivial. It treats young people as humans whose experiences are significant.

Part of what makes this short form memoir effective is the way that it allows Callaci to delve into a kind of pain that is hard to describe. This is and was a real pain to him, but very little happens other than the fact that he hears that she was murdered from his mother and then tries to find ways to find closure as he remembers her. Of course, he is never able to find that closure. How could he? He is faced with the fact that much in life is simply painful, and we as people just have to face that pain, often alienated from the people around us who love us. 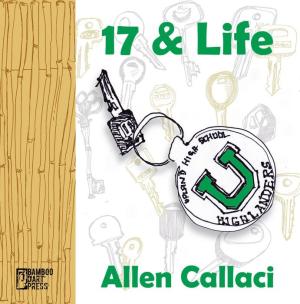 The short form allows him to go into the dissatisfaction he has with the nature of loss. There is no meaning to it, and once he explains that, going on and on isn’t going to help. The passage that makes this most powerfully clear is when he reads a newspaper article about her murder. “There was no closure. There was only this: The electrical cord used in the killing was still wrapped around the body when they found it” (25). As the narrative moves forward it becomes less a cohesive story and more a collection of scraps of memory. Of course, this is appropriate. This is how we, or maybe just he, processed a grief that other people were not going to understand.

It might have been easy to suggest that young people are just histrionic and that their emotions are meaningless, but Callaci’s show that the existential crises of youth are no less powerful than those of adulthood and that they need to be taken seriously. There has been a change in the way that we think of young people’s emotions due in part I think to a change in young adult literature. When I was young, I found this genre insipid and read little of it, opting for adult books. Authors like J. K. Rowling and Suzanne Collins changed this, and took the interior lives of their readers seriously.

Callaci’s memoir would fit comfortably in a possible new genre, young adult memoir, and like young adult fiction, it could be useful to adults and adolescents alike. I found myself thinking about unresolved issues from that same time in my own life. Like Callaci, I found that there is no closure, and that’s just something that he and I need to deal with. This book helped me to deal with that.

Tags:
Previous Article
A Long Way for an Allongé
Next Article
Seven Ways to Turn a Bad Day Around