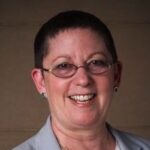 A one-night-only fest in Long Beach, penultimate week of a festival finale in Santa Monica, contemporary Cuban dance in Beverly Hills, feting a formidable abbess in University Park, dealing with diabetes in Echo Park, and more So Cal dance this week. 3.  Waltzes and torrents from Cuba 2.  Dancing across the LA/OC border Mid-Lent, mid-women’s history month, and amid ongoing debilitating accusations of priests abusing children and nuns, Heidi Duckler Dance Theater considers a formidable female who was way ahead of her time in the Catholic church. Site specific HDDT sets up shop in a cathedral to consider Hildegard von Bingen, a German Benedictine abbess, writer, composer, philosopher, Christian mystic, visionary, polymath and considered to be the founder of scientific natural history. At a time when women rarely had a voice, von Bingen’s work spanned the theological, artistic, and scientific fields. How and why she was able to avoid the pervasive muzzling of women is considered in The Hour of Hildegard. Duckler promises this as an introduction to an extended exploration of the abbess’ work and times. St. John’s Episcopal Cathedral, 514 W Adams Blvd, Adams District; Sat., Mar. 23, 5 p.m., $10-$50. https://www.eventbrite.com/e/hour-of-hildegard-tickets-55998036635. The interplay of the architecture contained in R.M. Schindler’s famous concrete “Slab-Tilt” Schindler House in West Hollywood and artist Alison Knowles’ 1960’s intermedia piece The Play House is grist for Shelter or Playground-The House of Dust at the Schindler House, a series of performative investigations that involve new and recreated performances from around the world. Last month the four month exhibit launched with a day of performances from an international roster of choreographers including locally-based Milka Djordjevich. Djordjevich’s work is the only one getting a repeat showing, twice a month until June. Details on the Schindler House, Knowles’ poem The House of Dust that inspired The Playhouse, the Fluxus avant garde movement in the late 1950s & 60s of which Knowles was part, and the extended endeavor running through June 2 that incorporates Djordjevich’s performances at https://makcenter.org. Schindler House, 835 N. Kings Rd., West Hollywood; Sat., Mar. 23, Apr. 6 & 20, May 4 & 18, June 1, 3 p.m., free. https://makcenter.org. PHILADANCO. Photo courtesy of the artists.