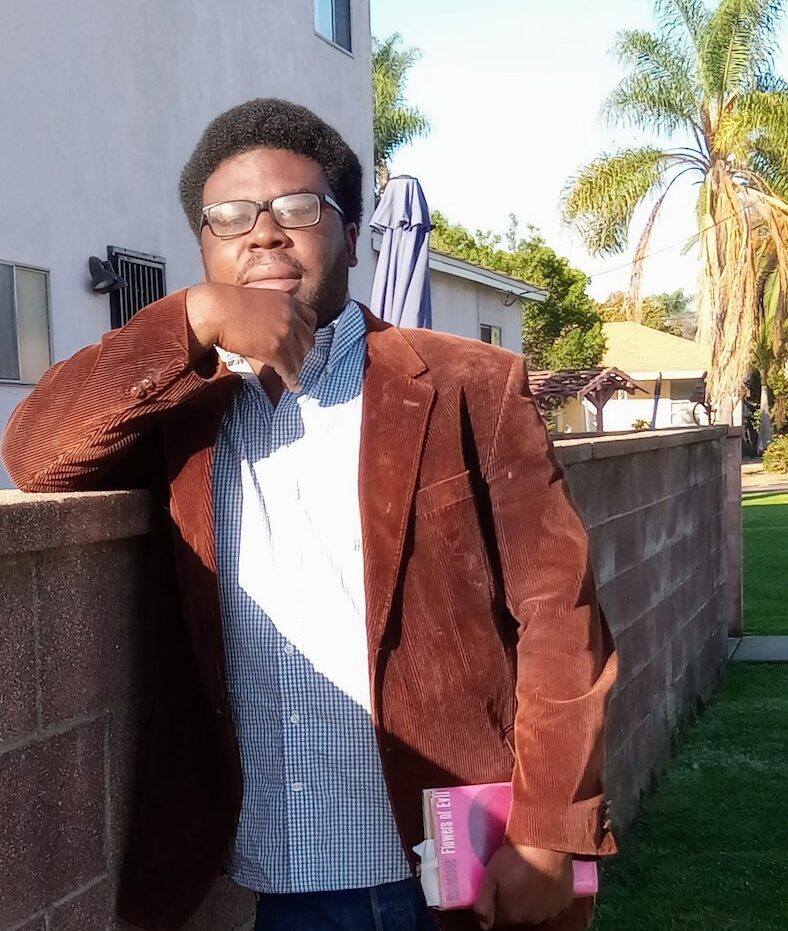 As I Followed the Music

I think that my earliest encounters with jazz happened at a shoeshine parlor in South Central Los Angeles my Pops used to frequent with me as a child. The place was owned by a former pimp by the name of Doyle. Although he had long since retired from the game of pimpin’ once he opened the parlor, he still carried the knowledge and wisdom he had long learned with him. Faint recollections of Charlie Parker (or was it Dizzy?) driven by fast talk and elbow grease–always in tempo, to the rhythm of be-bop.

I can remember going to a restaurant owned by the Nation of Islam. Early childhood thoughts of Malcolm made me feel proud to be Black. I recall seeing photos of Elijah Muhammad on those diner walls, and not registering who the light-skinned fellow with the fez was. That was my memory. That was my childhood. The place was immaculate. Clean, well run, somehow I think that I had hidden those treasures within me. Memories I’ve kept hidden, more than you’ll ever know.

In high school, it was my eccentricity that got me noticed the most. At this time I had gotten my feet wet with hip-hop. Groups such as Tribe Called Quest and The Wu-Tang Clan were in heavy rotation. I bought the 36 Chambers album my sophomore year, and throughout those influential years had collected almost all of their albums including some solo stuff by the artist themselves. I began emulating my idols by thinking of the perfect rhymes to put to beats. It wasn’t until my junior year that I dove into the insanity of Rock, which was first introduced to me by Mr. Hendrix–a teacher who played guitar on an upside-down strat. It was then that I got into the punk etceteras and excess which college radio played. It probably wasn’t until 2001 that music took on the form of poetry in my writing, that was when I learned to sing. I haven’t looked back, until now.

The bristles of a smile

In an air of maturity

Nothing more than a well dressed

In the furling wind,

That voice deep from somewhere

Catching a glimmer of a father never known,

In photos his mother took.

A spitting image of the man in the mirror.

Hidden behind a skin

Too few, the young man

His father left in youth.

He often thought of the perfect words,

But fell short on the proper vocabulary

This was the sad fact of my arrested development.

Chad Grant is a writer and poet, born and raised in Los Angeles. Chad has been writing ever since he was in junior high school, though his first work wouldn’t be published until he was twenty-six years of age. Chad Grant has been featured in various publications such as Dead Beat Literary Blog, Poetica Victorian, and Avalanche Magazine. He is currently working on a degree in English literature at California State University Dominguez Hills.