Around Christmas 2020, an inmate at California State Prison Solano learned that his bunkmate had tested positive for COVID-19.  Instead of being placed in isolation, he was moved to the facility’s gym, where many inmates were already under quarantine, some of whom had already tested positive for COVID-19.  He continued to test negative but was kept in the gym.  He did his best to stay safe, even though signs for social distancing had been taken down.

Transfers of exposed persons have also endangered inmates, while in some cases, staff – the primary vector for COVID-19 entering prisons – refused to wear masks until complaints from prisoners and their families mounted, forcing administration to crack down.

The U.S. has the largest incarcerated population in the world, with COVID-19 infection rates for incarcerated populations reported at 3-4 times higher than those outside and death rates often twice as high.  The California Department of Corrections and Rehabilitation (CDCR) reports 216 deaths, to date, of 49,178 confirmed cases. 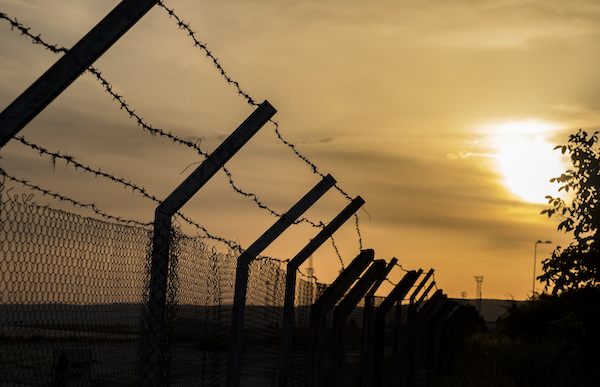 As of March 31, 2020, CDCR was at 130.4% capacity across its facilities, with its Solano facility at 160.1%. CSP Solano was still over 120% capacity on December 31, 2020.  Overcrowding hampers isolation of infected and exposed inmates, while tougher sentencing over recent years has resulted in an older and more vulnerable inmate population.

Even though vaccinations of staff and vulnerable prisoners have been underway since December 2020, the pandemic is far from resolved and our incarcerated community continues to suffer. CDCR reports 39 active cases on March 17, 2021, 36 new in the last 14 days.

Some people may be spending extra time behind bars due to backlogged courts, delayed legal mail, and hampered legal investigations.

Public defenders face larger hurdles than before in communicating with their incarcerated clients and may be representing people they have never met.  With face-to-face visits shut down at the outset of the pandemic, defenders haven’t seen the people they represent for a year.  Deputy Federal Public Defender Michael Weinstein, who represents California prisoners challenging their convictions in federal court, explained that it’s difficult in this environment to build up the trust and personal relationship that form the basis of successful representation.

In-person mental health examinations in corrections facilities haven’t been possible since early 2020. Defenders are faced with the choice of moving forward with incomplete investigations or leaving their clients waiting behind bars longer in the hope that more thorough investigations become possible soon. This lose-lose situation is disheartening to public defenders trying to do the best they can for their clients.

Inmates’ mental health has suffered because of COVID-19.  With in-person visits shut down at the outset of the pandemic and family privilege visits soon after, many have not seen their loved ones for over a year.  Free phone calls are few and far between, and phone calls for prisoners are costly, making it harder for economically disadvantaged families to keep in touch.  Studies have linked family communication with reduced recidivism, meaning that in the absence of family contact, the likelihood of rearrest and reimprisonment increases. 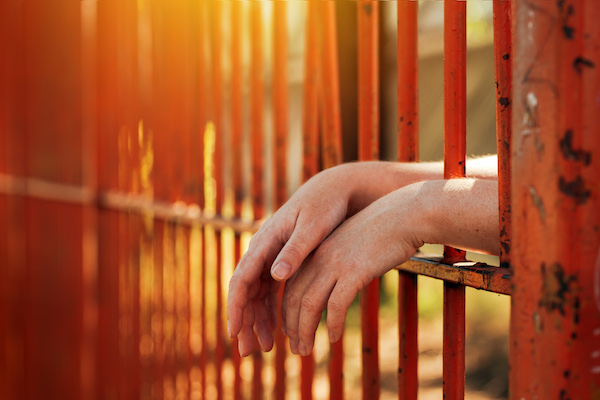 Daily life in prison, already challenging, has become harder. Due to outbreaks of infection, canteens where inmates typically obtained food and personal supplies have been closed, and mail rooms, which process the quarterly packages inmates receive from their families, have become backlogged.  Many haven’t seen the sun in months.

Each time the inmate at the Solano facility has completed quarantine, his belongings such as food and personal supplies undergo an additional quarantine, while he spends three days in a paper jumpsuit.

Prison education and rehabilitation programs are crucial to inmates’ morale and their ability to successfully reenter society, but in-person programming was shut down at the outset of the pandemic.  Completion of programs such as college courses and self-help classes also demonstrates to parole boards that an inmate is ready to handle life on the outside.  It is unclear how future parole review boards will view the still-widening gap in current inmates’ program records.

Some education programs have continued via old-fashioned correspondence.  However, the ability of inmates to keep on top of their academic coursework has been hampered by the delays in mail rooms, as books, assignments, and instructor responses are late in arriving, leaving students stressed and struggling to catch up.

Organizations like Natashia Deón’s non-profit REDEEMED stepped forward during the height of the pandemic in 2020 to request release for prisoners with demonstrable post-conviction successes via the Expedited Release Program, which acknowledged the danger of COVID-19 to our incarcerated communities.  But California Governor Gavin Newsom denied the 498 requests submitted by California Lawyers for the Arts.  REDEEMED and CLA must now resubmit via the lengthy standard clemency process, and the additional work required limits the number of submissions that they can process.

CDCR is currently rolling out video-visiting, which will represent an enormous gain for inmates, especially those whose families’ financial situations limit phone calls and travel.  We encourage California voters to advocate for this capability, even as the pandemic winds down.

Readers can also contribute to the work of organizations like REDEEMED and California Lawyers for the Arts and voice their support for California Assembly Bill 292, which prevents facility transfers from disrupting an incarcerated person’s rehabilitative programming.

Kristin Ash is an MFA student at Antioch University, Los Angeles, and lives in Ventura, CA with her family.

Tags:
Previous Article
Beth Ruscio’s Speaking Parts
Next Article
The Most Exciting Events within the World in 2020-2021