Filmaker Ramin NaimiBabe's and Ricky's A Doc of LA's Blues

Crowdfund of the Week 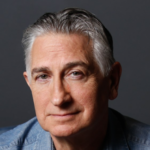 Babe’s and Ricky’s Inn was a blues club for the ages. Located in South Central LA and run by Laura Mae Gross for 50 years, until her recent death, Babe’s and Ricky’s hosted the greatest blues artists in the world.
Filmmaker Ramin Naimi made his full-length documentary during Babe’s and Ricky’s final days; in it, he chronicles personal stories and captures stunning live blues performances. The film has been well-reviewed, but does not have distribution, so Ramin and his team are doing what all artist-entrepreneurs must do — they’re planning to tackle distribution themselves.
They have launched an indiegogo campaign to raise at least $15,000 by February 25, 2013. Your contribution will pay for initial release of the film, which will be accompanied by live blue performances!
Watch the promo video below, then go to their indiegogo page and give the Blues some Green.