As part of Dare to Dance in Public Film Festival (D2D), and because this is the site of our birth place, we make it a point to share as many as possible of our award winning and honorably mentioned films with our readers and supporters at Cultural Weekly. And as this year we had one filmmaker with a film in each of those categories, I thought it best to start there.

You might never know that director Benjamin Seroussi’s remarkable Train Train — the film that won Dare to Dance in Public Film Festival (D2D’s) award for Best Interface of Dance and the Camera — as well as his beautiful Near Perfect Synchronization, which won an Honorable Mention — are both music videos.  Both films are from a series called “Pre-Choreographed” for the wonderful Japanese pianist/composer Koki Nakano whom I discovered through Seroussi’s work.  Although dance films and music videos usually have a different metamorphosis and reason for existence — not to mention often, although these days not so much — have a radical variance in budget, as long as a film is made with integrity and as long as it explores dance at the intersection of the camera visually in a compelling and moving way, I find each form can be equally important and vital. 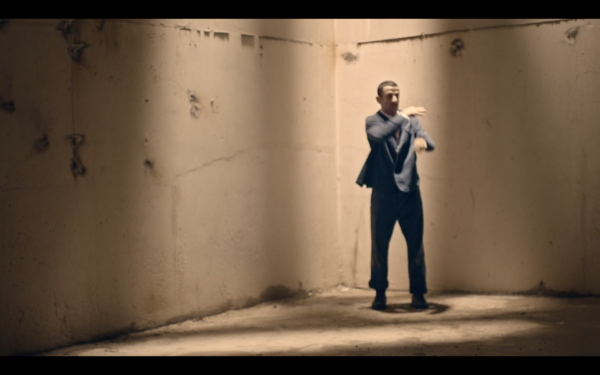 Train Train is an amazing film as it intentionally and successfully upends all kinds of traditional notions about filmmaking.  Although it begins abruptly with about 15 seconds of what seems like pure, almost caustic sound design, it suddenly takes us up and into what looks to be an enormous and abandoned industrial building of some kind, and goes immediately into responding to Nakano’s driving piano music. Pretty quickly the film dives into some deliberately shaky and truly dizzying shots, rhythmic edits, and stunning movement choreographed by Damien Jalet and danced by the astonishing dancer Aimilios Arapoglou. DP Quentin De Lamarzelle’s cinematography and lighting are gorgeously mysterious, and the camera truly dances in a duet with  Arapoglou, as well as with the location and Nakano’s music. The entire film comes in, kind of slaps you in the face, presenting itself so unexpectedly and urgently, then proceeds to take you on an astounding cinematic and choreographic ride only to finally leave you feeling stunned and breathless, as it goes out as abruptly as it came in. 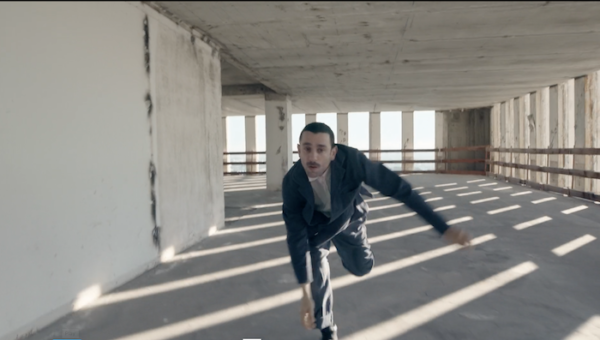 Near Perfect Synchronization, a completely different feeling film with lovely much softer music, is a love affair with wind, the dancer and his movement, and a dusty lot full of tractors and other industrial machines. The film is gorgeously danced and choreographed by Amala Dianor with camera by Christophe Guyon. I wrote previously about Near Perfect Synchronization (before it was even entered into D2D!) and you can read that coverage as well as view it here.

At D2D we honor both films by emerging and established choreographers and directors, many of whom you can read about in the weeks ahead, and many films that challenge conventional notions of dance films and music videos. Personally, I love the way all these forms interact with each other… from concept dance films to music videos to features, and from Instagram Reels to TikTok, they are engaged in an ongoing dialogue and exchange of information and ideas. Each of these forms will continue to change and morph, moving forward to explore an ever evolving landscape of ideas. What’s not to love about that?

You can view Train Train below, and link onto the above for Near Perfect Synchronization.

Congrats to Benjamin Seroussi and his entire team and Enjoy!