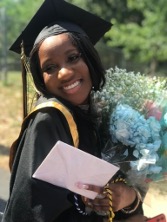 Here begins a series of nonfiction essays written by community college students. Inspired by NPR’s This I Believe podcasts, these students set about writing out a small piece of their world. Through their short essays we are offered the opportunity to look through their eyes and experience a moment in their worlds. The majority of these authors are first-time writers. As their professor, I am grateful to them for the vulnerability, their bravery, and their generosity in sharing their work with the public. We are thankful for Cultural Daily and Chiwan Choi, who make space for their voices. And we appreciate you, dear reader, for taking time to honor their writing.

What do I believe in? I have multiple beliefs in life; however, I recently learned of one that goes by the name of perspective-taking. Perspective-taking is the act of understanding an idea from an alternative point of view, such as that of another individual. It is important to look at situations from more than one perspective because it can help to thoroughly understand why someone responds to something the way they do, or the way someone acts in general.

It was the day of August 31st, my mother and I had to move out of our apartment at last moment’s notice. Due to this, we barely had any help moving other than from TJ, my mom’s boyfriend. TJ has been around for a couple of years and always lent a helpful hand when needed. This day though, I was not expecting the dragon from within to cause such a burn.

It came time to start moving some things into the U-Haul truck. I was still in the process of packing some things from my room and my nail area when I heard the front door open and TJ asking me to do something. “Can you double wrap your drawers? because they are starting to spill out.”

In that moment, I was focused on packing and taping other boxes so I did not complete what he asked right away. He then came back into the apartment, sucked his teeth and asked me for a second time to double wrap my drawers. I did not respond because I was clearly completing another task. However, I did re-tape my drawers as soon as I finished doing what I was doing.  Before I knew it, there was a moment as he was carrying multiple boxes and furniture and heading out the door. I was in the kitchen which you have to pass in order to exit the front door. I saw him struggling a bit so I tried to make my way towards the front door but I did not get to it exactly in time since there was multiple boxes on the kitchen floor for me to get through to get to him.

When I did make it to him, he exclaimed, “Don’t worry about it, I got it,” while looking out the corner of his eye at me. I just felt like at least I made an attempt to hold the door and help. Throughout the day, small petty things continued to happen and I had an attitude with him for the rest of the move.

These attitudes led to a couple arguments between myself and TJ, as well as between my mother and I. Everyone was frustrated and stressed out.

Following the move, I turned a cold shoulder towards TJ for weeks. There was a first attempt to have a civil conversation, but I let my emotions get the best of me and exploded so nobody had a chance to truly speak their side until the second attempt. So one day, my mom picked me up from school and TJ was in the car–they practically ambushed me–but this was the time to have the civil sit down.

During this sit down, TJ  explained to me the reasoning behind his actions, that when he asked me to double wrap my things and he returned inside the apartment to see they were not, he was frustrated. This was because he was trying to move things into the U-Haul truck a certain way so that more items could fit. When he returned and was not able to take my drawers, it delayed his process and seemed like I was blatantly not listening to him. Moreover, when I did not make it to hold the door quick enough to help him, it seemed as though I was just being rude and unhelpful.

I felt very overwhelmed because I did not know he felt this way; instead, I was blinded by what I’d seen as his faults while not paying attention to my own. Due to me not looking from a different perspective, I almost changed the relationship between TJ and I, and things would have been rocky from that point on for us as well as my mom. This is when I learned that it is very important to not quickly judge the way somebody acts or take personal offense to it right off the bat, especially without taking a step back and looking at it from their perspective first.

All in all, I believe it is important to know perspective-taking, both for the sake of your feelings and other people’s. In the end, I know that if I would’ve took that belief into account during this event, I would’ve spared a lot of hurt feelings, altered relationships, and arguments. Thank you.

DaSha Carmon was born and raised in Woodbridge, Virginia, where she attended Freedom High School from freshman to senior year. Her entire senior year was completed virtually due to isolation rules of COVID-19. She was awarded an Advanced Studies Diploma, June 2021 at her high school graduation located at Jiffy Lube Stadium. After graduating, she spent her time pursuing her passion of becoming a Nail Technician. She started her own nail business from scratch that now has a following of 5.5k on Instagram. As of August 2021, she now attends Northern Virginia Community College where she is earning her Associate's Degree in Business Administration that she plans to apply to her own business in the future.