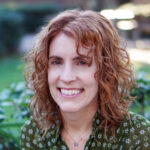 As an expat living in Mexico, I experience offers of help on a daily basis. At every turn, if I need assistance with anything, locals respond kindly and graciously. This is frequently not my experience in the United States, a culture of extreme self-sufficiency and individualism, bolstered by a “pulling oneself up by one’s bootstraps” mindset. Figuring things out on your own is a prized virtue, and there is a fierce independent spirit that diminishes the value of regularly giving and receiving help to one another.

My Spanish teacher in Los Angeles, originally from Mexico, told me that one of the hardest things for her about living in the U.S. was that people rarely offered support to one another. She would joke about how irritating it was when people would say “just google it” in response to her sincere inquiries.

On a recent trip back to LA from Mexico, as the passengers on our flight were being shuttled to the customs area, you could literally feel a sense of anxiety on the bus. The smell of fear was in the air. Why wouldn’t it be? The current global climate certainly warrants it. As I proceeded through customs, I was ushered over to an extremely short line. My initial thought was “great.” Who wants to wait in a long line? The problem was, I saw another U.S. citizen from my same flight, a Latino man, being sent to a much longer line. Our passports were the same, and as far as I could tell, the only difference between us was our skin color. This was disturbing on many levels and was made all the worse when after exiting the customs area, I encountered a massive video projection of the Statue of Liberty on a huge wall, welcoming people into this country. But of course, nothing about this symbol of liberty rang true with the fear I had just felt from those around me on the flight, as well as the re-direction of fellow citizens into different lines.

As I stood at the arrivals curb waiting to be picked up, an elderly Mexican woman asked me hesitantly if I spoke Spanish. I replied “un poco,” and we began a conversation about her attempts to contact her nephew who was supposed to pick her up. She had come from Mexico City to visit his mother who was quite ill. Her cell phone didn’t have international service and she wondered if I could call him on my phone. Several times she tried to pull up the number on her phone, but couldn’t access it. Her hand shook the entire time. Eventually we found his number, I called, and we were able to talk to him and tell him where she was waiting. After she spoke to her nephew, she was visibly relieved, stopped shaking, and said how nervous she had been about finding him amongst the crowds. LAX can be an intense airport at any age when it’s extremely busy, and navigating it not knowing the language or having anyone familiar with you is understandably anxiety-producing. I told her how happy I was to be able to help her, as I had just experienced daily help from people while in Mexico, and to be able to reciprocate even a fraction of all the assistance that had come my way felt so appropriate. Kindness tends to work that way, after all. As it’s given away, it wants to be duplicated.

These separate but related vignettes are intended to illustrate what is needed now more than ever around the globe. Interactions on a personal level between individuals from countries at odds with one another can have tremendous energetic impact and produce important fruit: things like a shared understanding and an affirmation of one another’s common humanity. But most importantly, these interactions work powerfully to mitigate the culture of fear we are currently living in. Any governmental policy, action, or failure to act that is based in fear will never produce something positive. But as fear has become the weapon of choice in these divisive times, a determination to come together in whatever ways we can grows increasingly vital.

The good news is, we have much more power to move towards unity than we realize. Despite broken governmental systems, we need not be passive bystanders, nor should we ever downplay the significance of what may seem like small actions. Collectively, we can shift darkness towards light. No step towards kindness and understanding is ever wasted. And at the end of the day, it will carry far more potency than fear ever will.

Karen Kinney, artist and author of "The Reluctant Artist: Navigating and Sustaining a Creative Path," has exhibited work at Los Angeles International Airport and Stanford University. She writes freelance articles for numerous publications and is working on a second book.
karen@karenkinney.com https://karenkinney.com/ karen_e_kinney karen_e_kinney https://amazon.com/Karen-Kinney/e/B073611R5L