A passion for winemaking combined with a renegade’s zeal for racy motorcycles? While the macho machines might seem better suited for a biker bar serving beer, Temecula’s Doffo Winery makes that improbable combo work.

Doffo’s mammoth tasting room atop its rolling vineyards resembles a mechanic’s garage. Its walls are lined with vintage cycles. And its vast entry is a roll-down garage-style glass door. Behind the counter: Malbec, Zinfandel, Cabernet Sauvignon, and Syrah wines.

“In the early days, we’d throw down a glass and break it each time we sold a case – we were doing about $2,000 a day,” said founder Marcelo Doffo who launched his 15-acre enterprise in 1997. Today, the winery produces 8,000 cases annually. 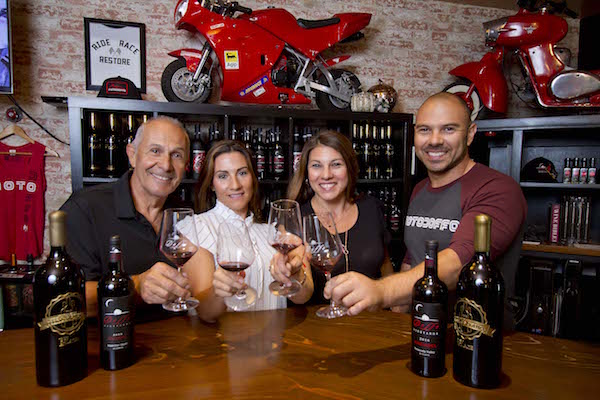 “Yeah, he fired us twice yesterday, “ joked Damian Doffo, who with his sisters, endeavor to promote the winery via niche-directed marketing campaigns as well as events imbued with big-hearted hospitality. A vineyard-adjacent piazza accommodates up to 120 people. A terrace that fronts one of two tasting rooms is often packed on weekends. 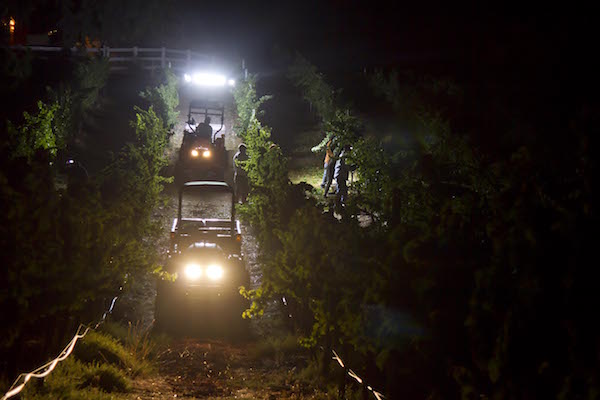 Recently, Doffo and three other small wineries pooled resources to purchase a spectrophotometer, which analyzes acids and sugars that help to monitor the fermentation process. The machine aids in producing more balanced wines.

Some might sniff at the mention of “Southern California wines,” but Temecula Valley is suited for such production: low-pressure systems draw cool coastal air through mountainous gaps. Cool nights prevent grapes from getting cooked on vines. Warmer days and lower rainfall, however, create an earlier growing season: March through September.

Italian, Rhone, and Spanish varietals are best suited to the region’s Mediterranean climate.

Zinfandel’s a winner at Doffo 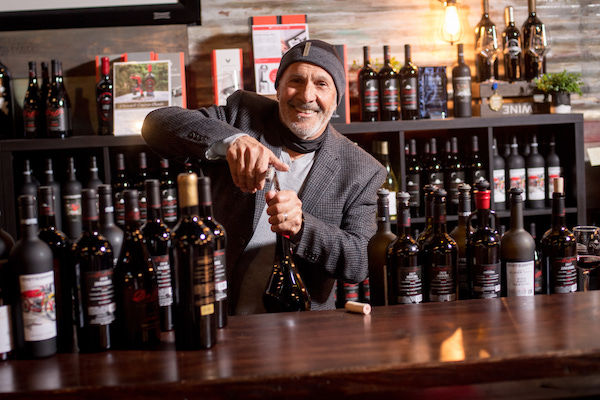 Among other awards, Doffo Winery has captured two successive top honors for its Zinfandel, in 2015 and 2016 – via the Temecula Valley People’s Choice Blind Tasting event. The 2015 Zinfandel was named “Best Red” in Temecula Valley. And several of its wines have been rated 90 or more points by Wine Enthusiast Magazine: 2017 Malbec, Malbec Private Reserve, Mistura, Cabernet Sauvignon Private Reserve, Syrah; 2016 Salute; and 2019 Viognier, among others (in 2019, Wine Enthusiast named Temecula Valley as one of the “10 Best Wine Travel Destinations” in the world.) 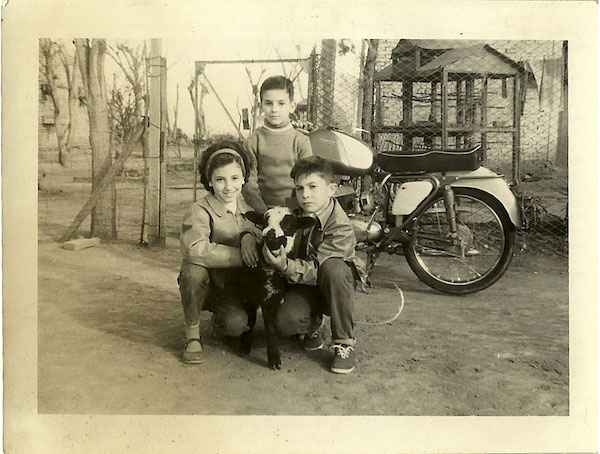 Marcelo Doffo was raised on a soybean, corn, and cattle farm in Pampas, Argentina, spurring his love of the land and what it can produce. His passion for motorcycles was also born there – after his father and uncle bought a motorcycle as transport to school. He also grew enamored with imported European motorcycles that were trending during his boyhood.

Marcelo moved to the United States in the mid-1970s. A trip to Italy spurred further interest in winemaking: a great uncle made batches in his basement. In the late 1990s, Marcello began laying his own irrigation lines along with trellises. He planted initial vines of Syrah and Cabernet Sauvignon. Now, Doffo Winery is known for its excellent canopy management – the vineyard has some of the best-manicured vines in the Valley. 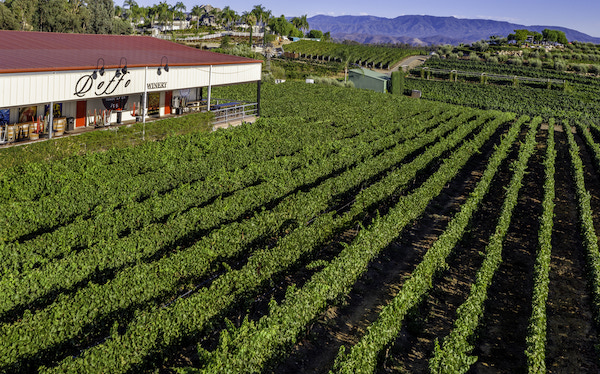 Music that wafts over its vineyards no doubt also helps (speakers are placed on 14-foot tall posts). “The vines like classical music the best,” Marcelo said. 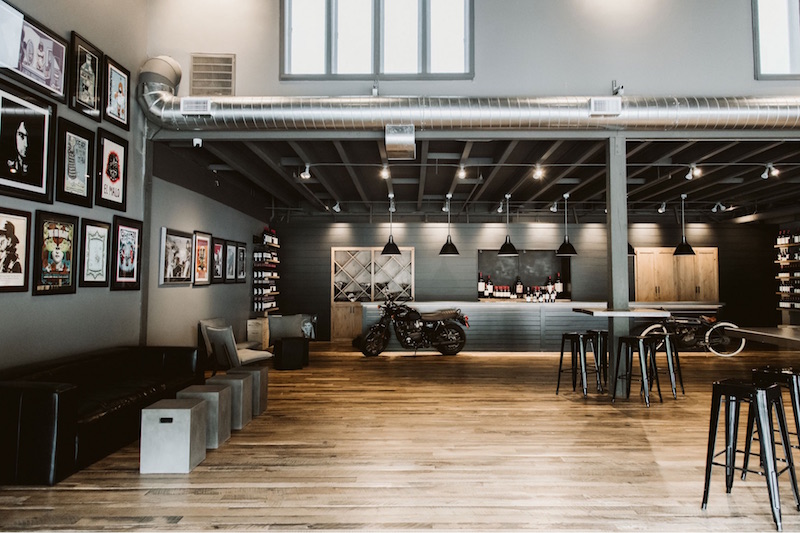 The Mark Ryan Winery with locations in Walla Walla and Woodinville, Washington, also pairs winemaking with a love of vintage motorcycles. The winery’s Board Track Racer line features four wines (three red and one white) emblazoned with motorcycle-themed labels. Its minimalist Woodinville tasting room is anchored with a Triumph motorcycle.

Like Doffo Winery, it also includes a roll-down glass garage door.  And for a time, a classic 1928 Indian Chief was displayed, on loan. 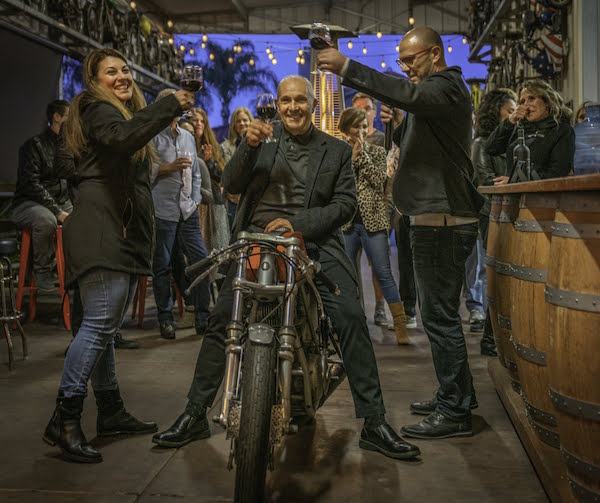 Located within an hour or two drive of major metro areas, Temecula draws on more than 22 million potential tourists. During peak seasons, roads and tasting rooms can be packed. More serious wine drinkers favor a midweek visit to avoid the weekend crush. The vineyards provide a Tuscany-like backdrop for weddings and various events.

The financial impact of tourism in the region is huge. In 2019, total direct travel spending for the Temecula Valley was $1.125 billion, much of it fueled by wine tourism.

The region’s first winery opened in 1974; wine grapes were first planted in the valley in 1820. Temecula now harbors more than 40 licensed wineries and 80 growers. The Temecula Valley AVA (American Viticultural Area) comprises 33,000 acres, 2,500 of which are planted to wine grapes.  It was first recognized as an AVA in 1984.

Tours and accommodations are also available, and private events can be reserved.