Here’s my latest art film, “eating the gods,” 1:22 minutes. I’ve included some thoughts on creating this, below – but best to view the film first. Bon appétit!

Enjoyed the film? Thanks for subscribing to my YouTube Channel.

In case you missed it, here’s last month’s film, “Homage to Los Angeles.” 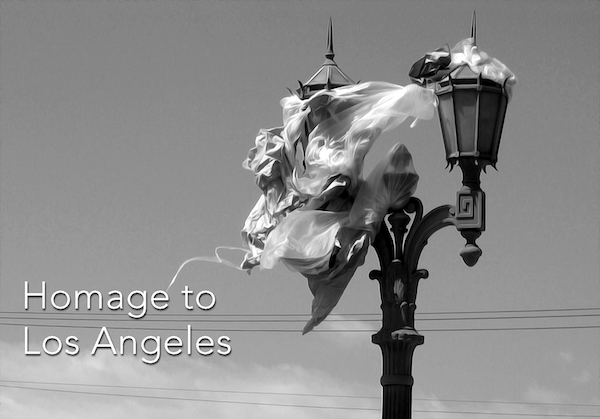 Notes on “eating the gods”

I’ve long been fascinated with the idea of “eating the gods,” largely evident in the Christian rite of the Eucharist: eating Christ’s body and drinking his blood. Cannibalism is central to human existence, in terms of people’s intense desire to interpenetrate, to either take on or imbibe in the qualities of another. Or in its most aspirational form, eating the gods in order to become them.

“He eats us; we think we eat him,” begins Hadewijch’s Eucharistic reflections, which if you’re even half-alive, will send a suspect shiver down your spine. While Hadewijch’s 13th-century writings can ache with the separation she claims we feel from the divine, they point to the solution: consumption on a level that is rabid, fierce, and yes, all-consuming. But for me, what’s at the base of that is perichoresis (Greek, going around / rotation. Or in Christian theology: mutual indwelling, the interrelationship within the triune God, Father, Son, and Holy Spirit).

Why is this important? Because people are hungry for this kind of interrelationship that goes far beyond the surface (intrarelationship is actually the better word). We want to taste our gods and in fact, consume and be consumed by them. We need direct initiation and contact with the divine – or better said, with a sense of the divine in each other, the “mutual indwelling” that is the very definition of perichoresis.

The pandemic has deprived many of needed ecstasy – and even before COVID struck, I’ve long-surmised that many don’t get near enough euphoria in life, whether that be from creating art, a five-mile run, great sex, laughing with friends, or playing hide-and-seek with a three-year-old.

So, my film is a reminder that yes, you can “eat the gods.” And indeed, consume them in more ways than you perhaps suspect – even via seemingly ordinary routes that you might find are surprisingly transformational.

Tags:
Previous Article
A History of Asian Americans
Next Article
How to Add Texture to the Wall and the Wall Hangings for Decoration