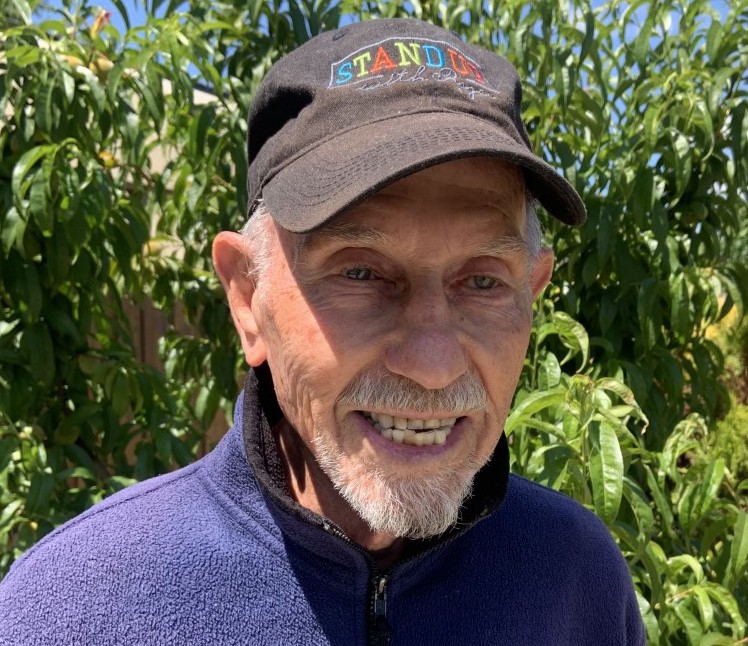 WHEN IT IS TIME

I
In the no-hurry sleepy town
Crowned, with old gnarly pepper trees
Barefoot-prints on dusty paths and
Alleyways with dirt-bathing birds.
In backyards clacking chickens grubbing the ground
Untied dogs, about, free to roam
In her place called home.

II
Good jobs blew in from afar
As a multitude mobbed in.
Wealth upset the solitude
To construct a commercial scene
Shopping centers, wide roads, paved sidewalks
Product purveyors restless for more to make more to buy
Upend what was the bucolic place
She called home.

III
In the old folk’s home on the porch
In rocking chair she stares
At the cloudless sky wondering
As the vultures soar
How much longer before no more.

At Cal State LA, I minored in literature, worked on the literary magazine and developed a yearning to write. Throughout the years I would begin but never finish anything until reaching the age of eighty-seven, realizing then I might have to retire from consulting and writing could keep me going before check out time. That was seven years ago, I am still consulting and have written about a dozen short stories, some poetry, essays and stuff I call sketches.Born in 1927 in Santa Ana I was named after my grandfather Edmund French. At the time he was undersheriff of Orange County with a pioneering legacy of helping to develop Huntington Beach. California landscape, climate and history have gone deeply into my sense of being and offered fertile ground for storytelling. I witnessed when small rural towns were becoming urbanized, when industry replaced agriculture, and streetcar tracks gave way to freeways.