Mishmash: a confused mixture of things.

Fairfax Avenue is an excellent example of an urban mishmash of disjointed places, events, and buildings. The documentary visually shows many of the incongruities and contradictions that characterize our time.

The contrast between the long line of colorful young people hoping to find a deal at the funky Dolls Kill store, and the background of a historically Jewish neighborhood since the mid-1900s, couldn’t be stronger.

Zigzagging along a three-mile stretch of Fairfax Avenue, my scanning included: 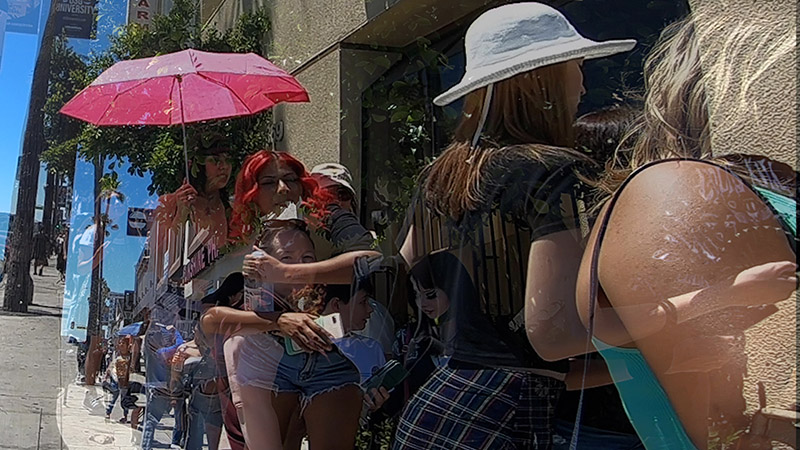 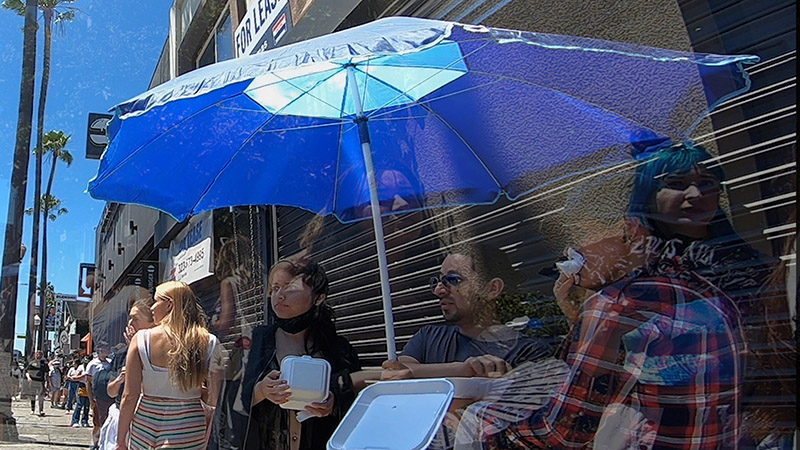 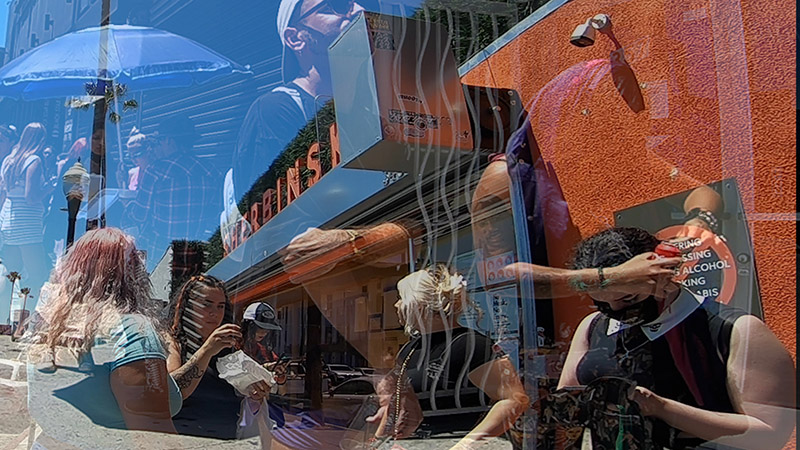 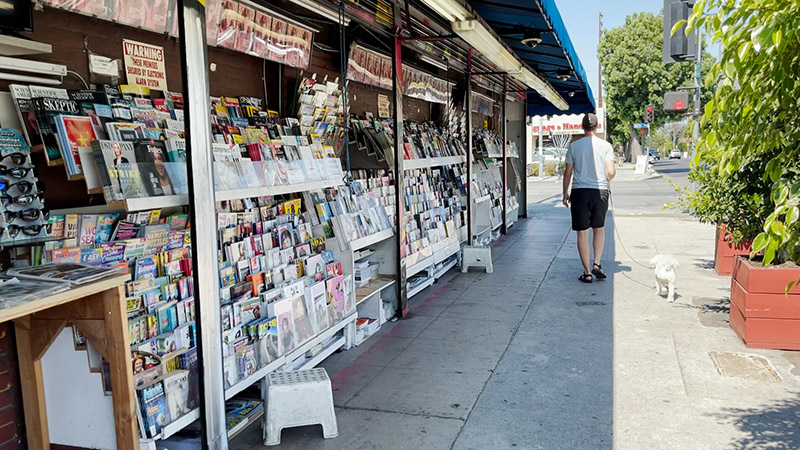 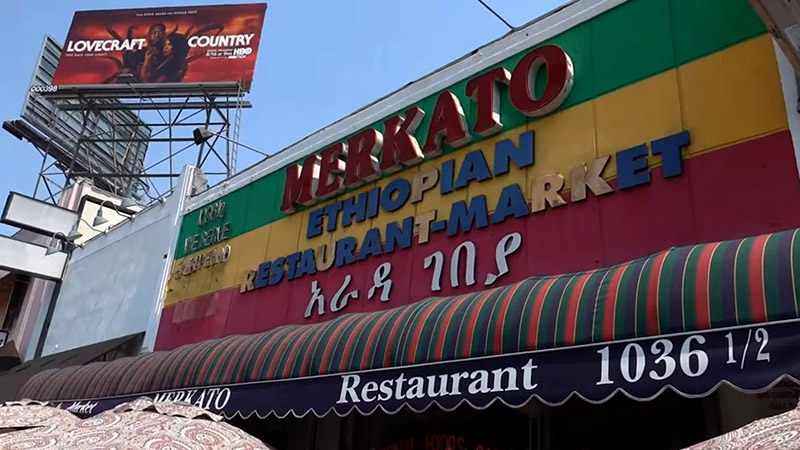 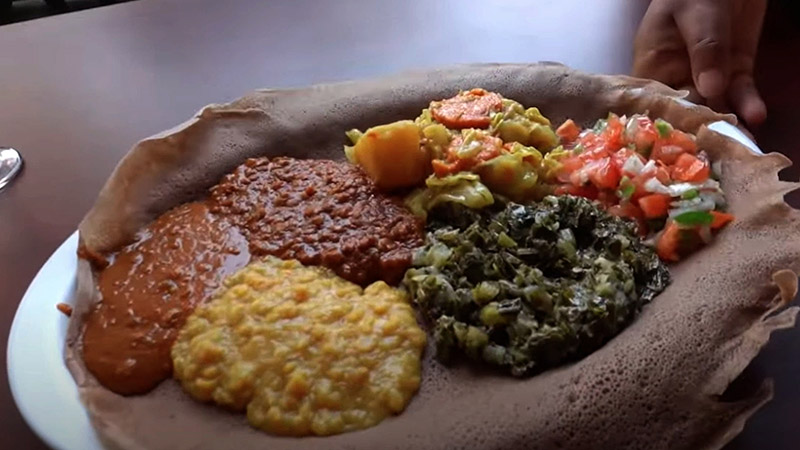 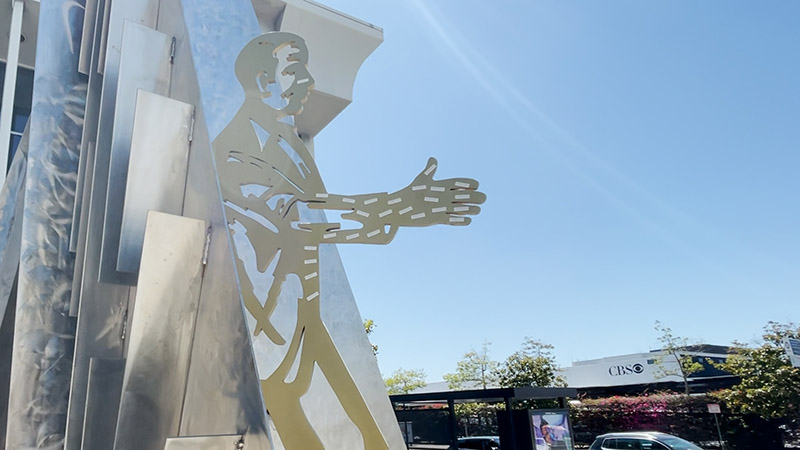 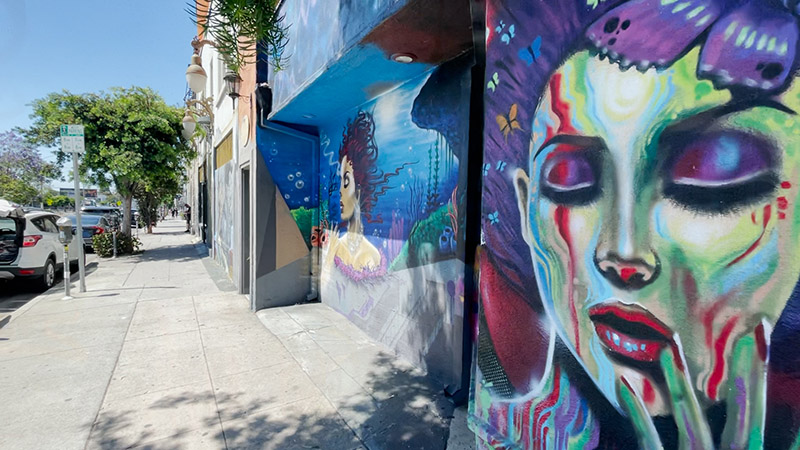 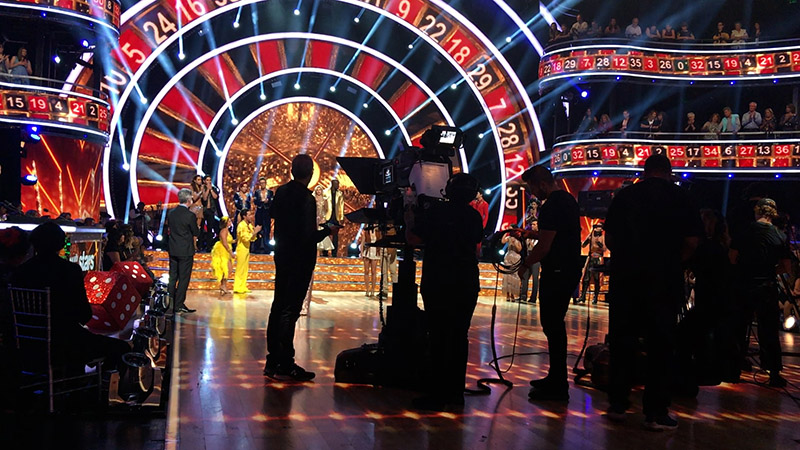 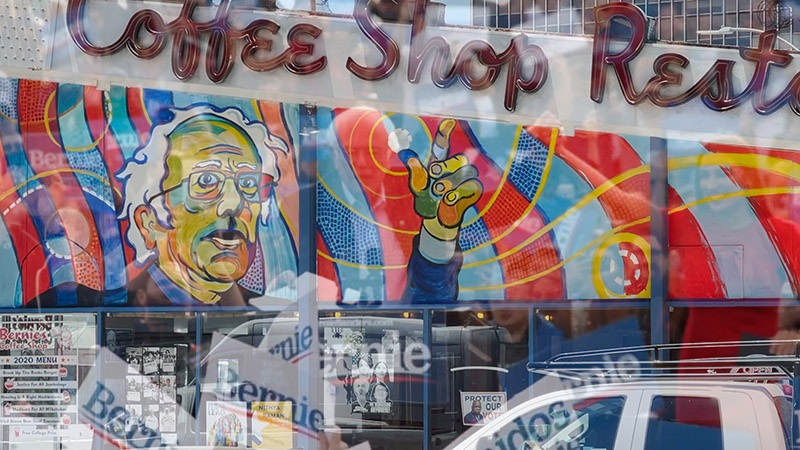 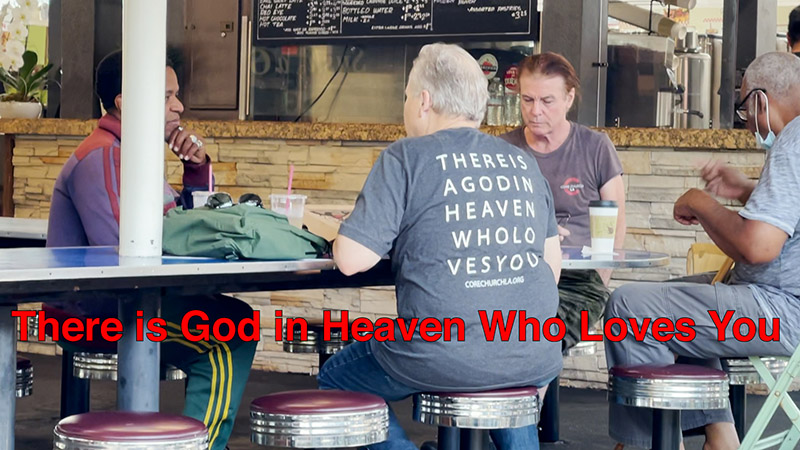 Around the intersection of Fairfax Avenue and Wilshire Boulevard, we encounter three architectural works that resemble a conference of monologues in different languages without translations.

The Petersen Automotive Museum is an adaptive reuse of a building designed by Welton Becket in 1962. In 2015, the architectural firm Kohn Pederson Fox wrapped it with stainless steel ribbons in the act of large-scale exhibitionism.

Pritzker Price-awarded Renzo Piano’s design of the Academy Museum of Motion Pictures, soon to be inaugurated, is more subtle. While maintaining the facade of the original May Company building, it reshaped its six floors from within. Inside there will be immersive permanent and temporary exhibition galleries, an education studio, two state-of-the-art theaters, and public special event spaces. The sphere-shaped theater in concrete and steel will float above the ground floor level.

The original LACMA buildings were designed by William Pereira in 1965 and by Holzman Pfeiffer Hardy in 1986. Neither were gems of architecture. However, the decision to demolish them and substitute square footage with a new one designed by the Pritzker Price-awarded Peter Zumthor is an act of brutality and lack of imagination. The Amoeba-shaped plan, which reminds Oscar Niemeyer’s own house built in 1951, is far less organic when reviewing its poor use of space, at a tag of $750 million. 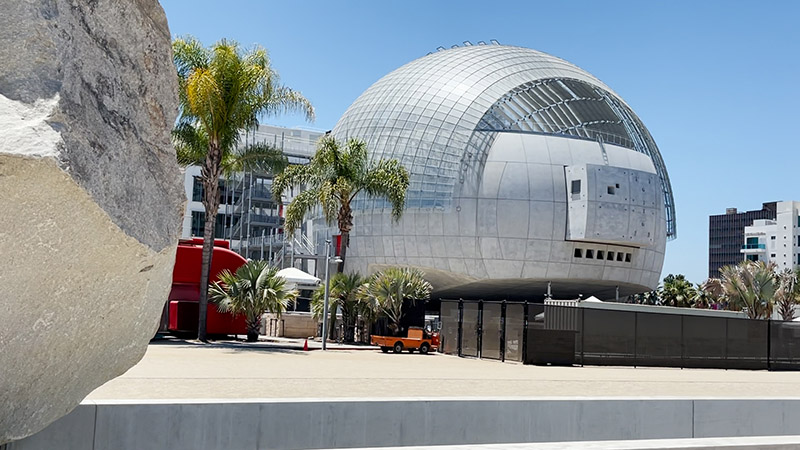 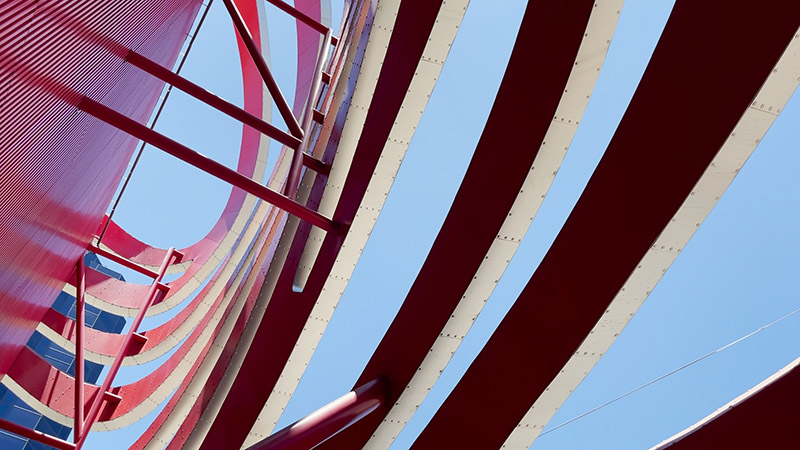 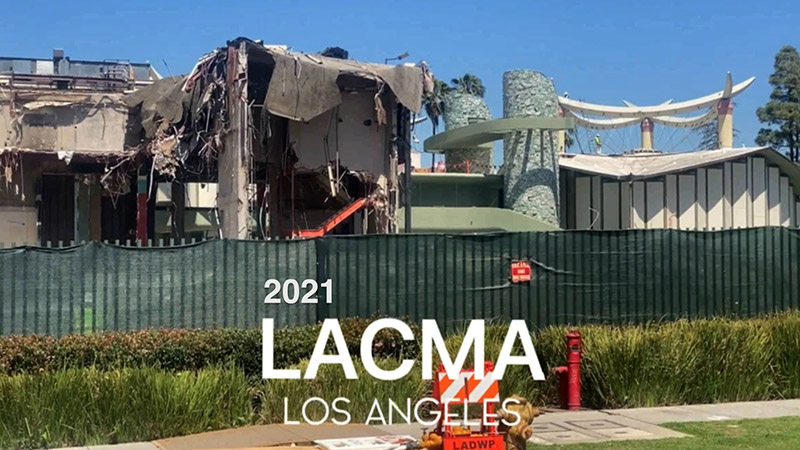 Is intellectual hubris better than political hubris? Time will tell.