Of all the popular casino games, none involve creativity quite like slots. Card games focus on probability (and, in the case of poker, bluffing), while table games like roulette and craps incorporate wheels and dice to add a dynamic element. But none involve visual and thematic design quite like slots do.

Most pop culture references, from James Bond to the Ocean’s 11 franchise, bring to mind roulette and blackjack. But in the world of online casinos, slots are one of the most popular ways to game. The diversity of games and exciting features, from jackpots to progressive slots, are constantly expanding.

As more casinos move online, offers like the Wildz no deposit bonus have become standard ways to invite new players to try the hundreds of slot offerings from top developers like NetEnt and QuickSpin.

One of the most popular slot themes is fantasy, which covers games like Magic Spell and Tomb Raider. Other popular categories include pop culture and sports, which run the gambit from The Hangover movie franchise to Michael Jackson to Football Star.

But some developers have chosen to showcase fringe interests via video slots. Some themes are historical, others mathematical, and even more based on culture. Let’s take a look at five popular slot games with factual origins and the developers who created them.

In the American South, the legend of Bonnie & Clyde from the 1930s remains a popular legend. Though they became infamous for their string of robberies that ended in a fateful off-road chase, Bonnie Parker and Clyde Barrow symbolize a trailblazing attitude, loyalty, and young love.

The BF Games project includes reels with nostalgic images of the Wild West in a comic-style design. Keep a lookout for the jukebox symbol, which is a 50x multiplier.

The Fibonacci sequence is a mathematical concept that continues according to the ‘golden ratio’, in which future numbers in the sequence are exactly 1.618 times the previous number. It’s used in professional sectors for trading and architecture, though it’s also found in nature in shell formations and seed production.

The BF Games project adds a fantasy twist. The video slot has three reels with one payline and three rows. The only way to win is to catch three symbols on the payline. 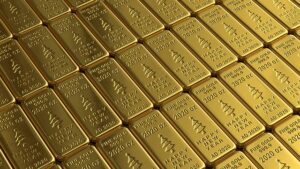 This phrase comes from China, where it’s one of many expressions used as ‘luxury brand slang’. Fu’er Dai describes consumers who are interested in extravagant brands and over-the-top events. These modern social butterflies enjoy decking out their canine friends in designer tags and covering their favorite tech in tuhao gold.

This Play’n Go project is one of many from other top developers covering the ‘nouveau riche’. Players will enjoy detailed graphics and plenty of golden icons in this popular Asian-themed slot.

This tale comes from medieval Europe and was popularized by the German Grimm brothers in the mid-1800s. The tale follows two mischievous siblings, Hansel and Gretel, as they’re intrigued by a spooky house in the forest.

The story is popular amongst slot developers, who have created multiple variations. The NetEnt project has five reels and ten paylines, though one of its main appeals is its high-quality graphics and adventurous aspects. For example, it’s ‘sugar rush’ bonus features.

A luchador/a is a type of Mexican professional wrestler. These high-flying athletes entertain and awe huge crowds with their bright outfits, larger-than-life personalities, and intense rivalries. Developer Thunderkick manages to take this excitement and fit it into a video slot.

Players will enjoy the host of wrestlers, ranging from El Serpiente (the snake) to El Pantera (the panther). Even better, the game features a range of multipliers on a five-reel slot with 30 paylines.