I’ve never encountered a chapbook quite like Gail Butensky’s Every Bend, which is a photographic memoir combined with journalistic descriptions of the places Butensky traveled to and the people she met as a photojournalist in the music world. I have, of course, seen any number of full-length books that take a similar approach, but the genius of this short-form collection is that she is able to narrow her discussion in the way that poets do in their chapbooks. The result is focused and interesting, a documentation of her life on the road meeting and working with some of the most interesting punk and rock bands of the 80s and 90s, while at the same time a chronicle of the desert spaces that she moved through while driving to their gigs.

The photographs here are of bands as they are just starting out and there is an energy and joy to all of them. They are still excited about an adventurous career that might or might not be successful. She features groups like the Violent Femmes, the Butthole Surfers, Boss Hog, Fuck, and the Minutemen. So many of those bands didn’t expect or even really want success in the traditional sense. They were trying to create something new outside of the power structure of the music industry. The key line to my understanding of the collection at first seems like almost a throwaway. She writes about the evening at the end of a tour with Pavement when she has come back to relax. “I remember we were in a hotel in Vancouver on our last night with the band and Nixon’s funeral was on the TV after the show. Exciting after party” (52). It seems like an aside, but much of what this collection does is capture the spirit of these bands that were trying to move away from the old ways dominated by people like Nixon. 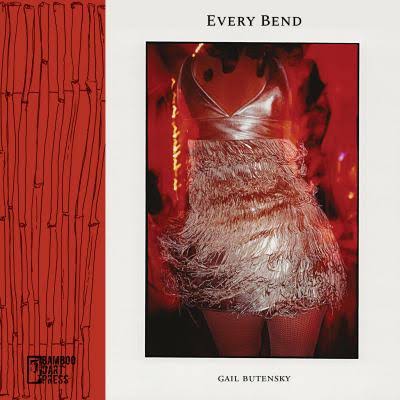 Interspersed with these photographs are shots of the deserts that Butensky traveled through as she followed these bands. These are places of extremity, deserted landscapes that express a love of the world at its edges. This is a collection that ignores that grimness of the past and the grimness of the unnatural. T.E. Lawrence in Lawrence of Arabia says that he likes the desert because it is clean. I get the same sense from these images as well. Butensky’s natural world is one that is full of the potential of the wild. It is clean and beautiful. It is a place where if you go there, you will understand truth.

One more thing I want to come back to is that Butensky’s writing is journalistic and direct, giving us ways into the art. She reminds me of that time that I lived through as well. I am happy to journey back there with her.

Tags:
Previous Article
Opera on the Rooftop Parking
Next Article
Glimmers of Exhilaration