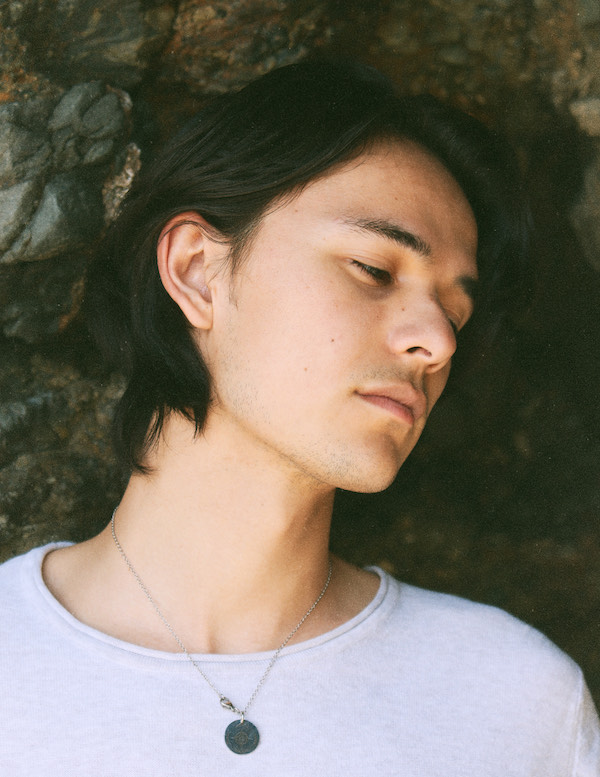 The next day, Jed couldn’t keep the smile off his face.

“What’re you grinning about, you dullard?” Kyl barked at him.

“I’m getting married,” Jed beamed at his supervisor.

“Oh, well…congratulations,” Kyl muttered gruffly. “That artist Kino right? Well, tell him I might commission something from him…as an early wedding gift.” That was as much affection as Kyl would ever show, but Jed knew they were happy for him.

They turned away, embarrassed. “Get back to work Jedrian!”

Jed’s work today was simple. One of the outer supports to the engines had buckled slightly and he had to reinforce it. Shouldn’t take more than a couple hours. Enough time for him to clock out early and return home to his future husband.

His laugh echoed through the cavernous chamber. Other nearby engineers just smiled and shook their heads at yet another young fool in love.

Four hours later, the support was reinforced and Jed’s job was done. The whole time, he hadn’t been able to stop thinking about Kino’s smile when he had seen Jed walk through the door. He wanted to see that smile every day for the rest of his life. To feel Kino’s soft skin against his calloused hands. To see his art, a piece of Kino’s soul bared out for the world to see, grow and change and get the recognition it so deserved. And to think that one day they might have children together.

A soft whump pulsed through the air in the chamber, stopping Jed as he was pulling out his Glass to clock out. The normally rainbow glow coming from within the nearest dimensional engine was now a deep purple, striated with flashing blue forks of lightning. All the other engineers around him were still focused and concentrating on their tasks, none of them noticing the new dark light emitting from the portholes.

Jed stepped towards the engine, transfixed by the intensely rich colors beckoning him closer. If he looked too closely, he thought he could see entire galaxies swirling within the billowing clouds of dark matter.

His hand reached upwards, resting on the membranous window that stood between him and the rift in space-time. It felt warm, stuttering and skipping like a heartbeat. The universe’s own song, waiting to be sung and screamed aloud, writhing just beneath the palm of his hand.

Jedrian pushed through the membrane and his hand entered the chamber.

It was cold. Deathly cold.

The skin on his hand began to flake off then reform, the whorls on his skin dancing and beating in time with the heart of the engine. It didn’t hurt. In fact, it felt…right. His right pointer finger broke apart like a puzzle box and he saw his bone. Then the bone burst into power and he saw the very atoms that formed his foundation.

There was a slight tug, and Jedrian fell forward through the membrane into the dimensional engine.

He didn’t have time to scream as he felt himself coming apart.
Jed had one fleeting though before his mind dissolved.