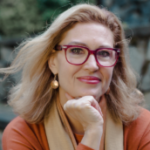 The Hobbit Village in Wellington.
The countdown to The Hobbit: An Unexpected Journey is making worldwide headlines, and the film premieres here tonight. The frenetic activity behind closed post-production studio doors isn’t much impacting the run-of-the-mill rest of us, whose focus is, as it is so often, on the weather. It’s a breezy, humid day in the “Middle of Middle-earth.”
Wellington, New Zealand is transitioning to summer. Visiting camera crews and stylish entertainment reporters who might like a windswept, but not blown away look, are likely cursing the unpredictable winds, but I am enjoying the relative mildness. Even though I still leave the house with the requisite layers of clothing (because it can turn back to winter within mere minutes), I find myself shedding the outer shell a little more often and wishing I had comfortable-to-walk-in open-toed shoes. That’s okay, my clog-like brown leather favorites kind of fit the mood around here these day. I’ve called them my elf shoes since I bought them.
If I felt inspired, I could have crafted a top-to-toe Tolkien look by wearing a silvery woven Gandalf throw. Today I spotted the light gray cape for sale, woven by the officially-licensed Hobbit weavers at Stansborough, for a mere 334 New Zealand dollars. It was on display at the Hobbit Artisan Market, a Middle-earth pop-up retail oasis that appeared overnight by the Wellington Waterfront. The market is a small cluster of tents, decorated with colorful bunting, and featuring the work of craftspeople associated with the movie. When crowds gather, the tents will be nearly impossible to enter because they’ve been assembled, in true Hobbit fashion, on a fairly small scale. But they are well placed, in the middle of Waitangi Park, close to where The Hobbit premiere will take place and where the common folk will be able to watch the red carpet stars, adorned in reportedly several eco-chic ensembles, on a jumbo screen. I don’t think I’ll join them. I’ve never been a big fan of crowds, and packing a hoped-for 150,000 extra into a city of just under half a million, doesn’t sound relaxing. The only way I’ve enjoyed big events like these in the past is when I was in the media, with my own camera operator, and we could duck underneath the velvet ropes to get up close to the action. There are already plenty of media crews in town, toting what appear to be ever-smaller cameras, documenting the run-up to the big event. I am hearing American accents all around me, talking a mile a minute about preparations. Plans B and C are being bandied about, in case things go crazy. I can’t help but feel some of these high-strung personalities (I should know, I was once one of them) are bound to be frustrated by the slower speed of life we lead here in the Middle of Middle-earth. Even if it’s just the slow broadband they’ll have to deal with.
That said, it’s also high-tech city here! The Embassy Theatre is one of two venues in the entertainment district where premiere screenings will be held. It’s been kitted out with two of the highest quality 3-D projectors to catch all the glorious digital details. The theatre’s facade is hard to miss these days — now dominated by a hulking Gandalf sculpture. I had walk underneath the rather imposing piece of public art to pick up the tickets I landed for my family, for a screening just a few days after The Hobbit hits cinemas. The tickets weren’t too dear, just NZ$55, but I did turn down an offer to buy special Hobbit 3-D glasses, selling for about twice the price of the regular pair. New Zealand may be shrouded in a magical mist of excitement and expectation, but it isn’t immune to the real world hyper retail-ization of the movie industry.
With all the Hobbit hubbub, there are ominous dark clouds gathering, and not just on the ever-changing skyline. News reports have focused on the lawsuit lodged by the Tolkien estate against Warner Brothers over a Hobbit-themed online gambling game. However, daily headlines seem to drag up one specter after another. The most serious appears to be an allegation of animal mistreatment, after 27 animals died during filming. Sir Peter Jackson and the producers of The Hobbit deny any neglect and point out the American Humane Association monitored all the filming. PETA plans to protest the premiere. That, and the cloud of doubt the allegation’s created, will clearly take some of the shine off everything. Controversies aside, all is still going according to plan. The finishing touches were put on the movie on Monday, just two days before its unveiling. Thousands are here, and even more are still trekking to the city that’s gone out of its way to welcome them. Some say the City Council spent too much, maybe – more than a million dollars – in Hobbit promotions. That’s big money down here. Yet this “Coolest Little Capital in the World” owes much to the worldwide attention the wildly creative minds in “Wellywood” have focused on it. So, a 500-meter red carpet’s being rolled out, lampposts are adorned in special “Middle of Middle-earth” flags and there are special guides scattered about town to guide befuddled visitors to various attractions.
Happy Hobbit fans are absorbing every bit of movie magic, gathering souvenirs, attending costume parties wearing Renaissance style garb and furry feet costumes. They are also touring what others can’t help but think are somewhat lackluster local sites where some movie scenes were filmed. True fans don’t seem to care. They are spellbound by the land they will always see through a gauzy haze of sweeping landscapes and a distant Mt. Doom.
And true fans are easy to spot. Today, in the grocery store at the center of the Hobbit action, I spotted adult twins, dressed exactly alike and clutching special edition Hobbit photographs, taken in front of a faux Middle-earth backdrop. Smiling from ear to ear, the two made their way through a busy grocery store, packed with locals. Locals who are steeling themselves to face traffic jams and road closures; some already complaining of Hobbit fatigue. The devotees take no notice. Filled with enthusiasm and imagination, they remind us, if we care to pay attention, that we are lucky enough to live in the very “Middle of Middle-earth” where this kind of magic is made all the time.
Video: Peter Jackson and crew race to finish the film.