Haunted Houses: Review of Still-Life With God by Cynthia Atkins 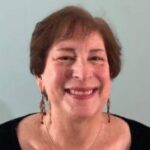 “Nature is a haunted house—
but Art—is a house that tries to be haunted.” – Emily Dickinson

(epigraph of Cynthia Atkins’s “House And Home,” Still-Life With God)

In her intense and inventively lyrical third book of poetry, Cynthia Atkins explores the houses that nature creates and humans too often desecrate, starting with the body. If art, like a haunted house at Halloween, offers only echoes of experience—rubber flaps fluttering hair like bat wings and bowls of spaghetti enveloping hands like entrails, while the wanderer is jolted by weird murmurs and cackles in the dark—Still-Life With God accomplishes its magic with shattering skill. The mysterious figure in a red dress and striped cap on this book’s cover (Perseverance by Lisa Telling Kattenbraker) is an incarnation of the poet: she juggles balls on a desolate planet against a backdrop of stars, while fallen ones litter the ground at her feet.

“God” is everywhere and nowhere in the haunted houses Atkins has constructed. Atkins uses the concept of the divine alternately (or simultaneously) to describe sufferer, abuser, and oblivious observer. In “Skin Deep,” Atkins riffs on the hopeful Yiddish-English expression “from your mouth to God’s ear” as “…Our calls / hollow in the wax of God’s ear.” This poem describes the harrowing pursuit and rape of a Jewish teenager “…by a town car of clowns—The drunken / pimpled sons of sons of sons / of the Ku Klux Klan.” The details of the speaker’s suburban 1970s make this living nightmare graphically real: “virgin Kmart underwear,” “fluorescent…Denny’s bathroom,” “Sweet’NLow and sadness.” She survives by summoning the spirits of her ancestors against theirs:

…I counted the headstones
of my people, like tiny boats
in an inlet. One by one, they saved me.

This is true even when “God” is “drunk at 2 a.m.” or deafened, and when in the aftermath of her assault the speaker finds “…magic-markered / on my locker—a swastika like a jungle gym / for the dead.”

“The word ‘God’ makes me feel naked. It strips me down like bare trees in winter and makes me feel vulnerable and exposed,” Atkins said in an April 2020 interview with Largehearted Boy, a literature and music website. “I felt it was a risky title—and also somewhat indelicate, kind of like the f-word. Just where does this word belong; well, this is the kind of thing the book tries to excavate”

Among the songs Atkins names in the interview as part of her musical playlist while writing this book is “My Blood” by Twenty One Pilots. “Still-Life With God is about the bonds, familial and made family,” Atkins said. “This song is about tight bonds and being loyal to your blood—your people, whoever they may be.”

Atkins writes movingly of people connected to her by blood. These include her ancestors (in “The Street Is A Museum,” they “…live / in the branches, how they twirl to the klezmer / music—like a horse tail snapping in a gust of wind” as if they are figures from a Chagall painting) and her lost, mentally ill sister, described tenderly but with lacerating detail in “Anorexia Nervosa” (“…The way my sister pulled her thinning / hair back to yank her insides out / over the toilet.  Thin as a barbed wire fence, / her arms and legs fold into a self, / a prison of skin she starves herself / to jump from”).

But also, in three remarkable poems I discuss below, Atkins widens her vision and compassion to encompass other people whose fates the poet can’t forget. In “God Is My Alibi”—one of ten “God Is…” poems in this full-length collection—Atkins tells the story of “Willy,” a Black friend sentenced to jail “…for an ounce of stale attic / mouseweed.”

The racist injustice of Willy’s fate (“four scorched years” “…Poverty’s train went to jail / with Willy, his mama sobbing on the rail” is intercut with the speaker’s privileged, banal collegiate life in a lava lamp haze of weed with an unfaithful boyfriend—white like herself, and who, like herself, remains free:

…My boyfriend rolled a fat one
and checked out like a dog gone missing
about the town, to cavil at the moon.

“Dog” is “God” spelled backwards. Guilt is a blood-red thread throughout “God Is My Alibi,” with allusions to lynching (“…Bodies losing form in trees, / where prayers are blazed on fire”) and Ronald Reagan’s failed War on Drugs (“…snare drums of the quietest kind / of war, “Just say no.”) The poem’s final line is meant to sting: “The newspapers wrapped in skin and bone.”
In “When God Is A Bullet,” Atkins enters the mind of a killer when he is still an abused and alienated child:

…This is the kid never invited—
to a party, a club, a secret. […] This is the red blemish
larger than the shrunken world.

The speaker’s empathy sharpens rather than softens the tragic arc of another gun crime that belongs in part to society and thus to everyone:

…This is our garden of shame.  We are the junkies,
roaming the internet…I am the boy. I hear hate
gargling up the flagpole in the schoolyard.
All of us dug in this hole so deep—

Yet somehow, our damaged world also contains mercy. “A Goddess In Purple Rain” is a Prince tribute poem that expands its connections like music expands into the sky. The speaker—a rock and roll Edward Hopper—sees into a laundromat where “a lady is lit-up…folding sheets, pink curlers of baroque / in her hair, singing and creasing / a t-shirt with sequins.”

Her mind flashes back to an old memory of dancing to “Purple Rain” (…“I almost can taste / the sweat on the brow of the boy I danced with […] / It tasted like dry toast / on the brunt of hurting.”) And then she is back with the woman in the laundromat, imagining both of them dancing with their sons. As the poem takes its course, the two women are still together in the magical evening: “…Look at the moon, hanging like a shoe / to throw its heel of light / on a page or an empty field.”

“…rooftops are hunkering down to sing
lullabies to the young, and the night
is a stranger touching my sleeve.” 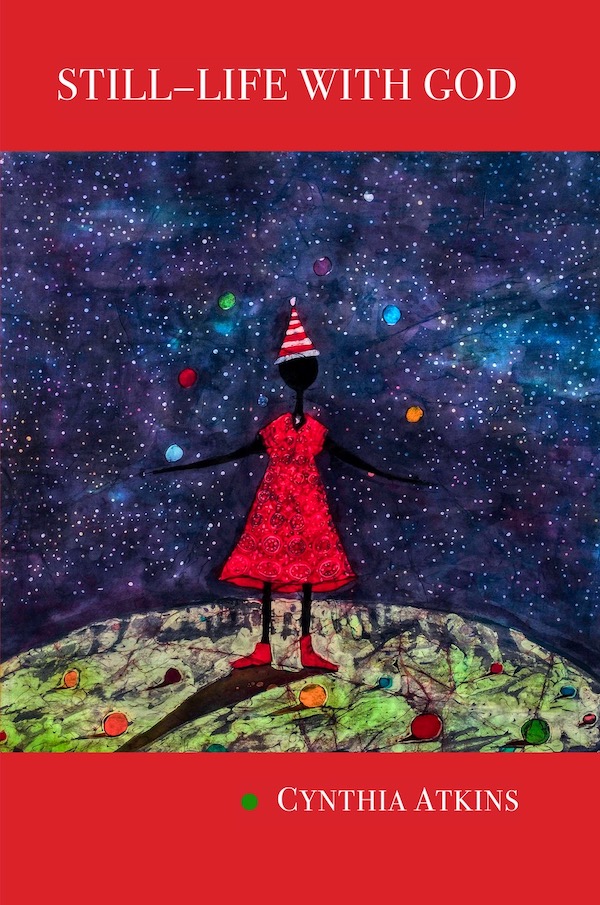