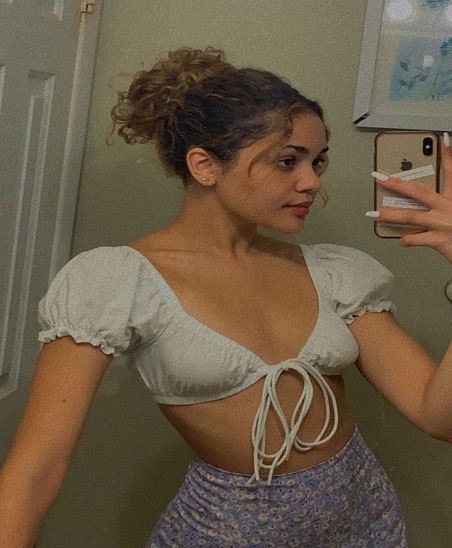 Growing up, things around me were always changing. This constant shifting made me feel like I needed more stability. I began to follow an unintentional routine. Everything happened in the same order, at the same time, every day. I also began to come up with the notion that everything has its place. But as I grew older, I started to dislike the person I was becoming.

I didn’t have many friends when I was younger. Since I was so set and comfortable in my ways, I didn’t feel like I needed any. If they didn’t fit into my routine, then they had no place in my life. I felt isolated and different. In my 8thgrade year, I wanted to change how I’ve been. Change…it was a scary concept in my 13- 14-year-old brain. I decided to take a chance and audition for my school play. Scared as I was, I got the lead. I had to change my routine around as rehearsals and show nights were announced.

I made a group of friends that I never would have expected if I didn’t step out of my comfort zone. I was the happiest I had been in a while. But as 8th grade wrapped up and high school started to approach, more change was to come my way. I started to see myself fall back into my old routine, a routine refusing to change. I began to become unhappy again. And this is when I finally realized, I was getting myself back because I was afraid of change.

I was missing out on so many things because I didn’t like change. New friendships, relationships, and experiences. From then on, I was more open to new things. I let myself live and stopped holding myself back from all the opportunities I had.  I will admit, though, that change still has a small hold on me. There’s been times that I set myself back even more by fighting, rather than accepting change.

I spent 2 years not wanting to let go of my ex because I was afraid of a life without him, having to change things because they wouldn’t involve him. I had become so entangled within a routine that was dependent on him. Me leaving him, or walking away from our relationship scared the hell out of me. But I look back now and see all the people I missed out on because I wasn’t willing to allow change, something that didn’t involve him.

But I can also look back, into the more recent past, and see all the people I didn’t miss out on, or into the future with all the possibilities I have all because I finally was willing to accept change in that aspect of my life.  Because of this, I believe change is not necessarily a bad thing, it’s just different. It’s something that allows you to grow as a human being, and access and reach your fullest potential, in every aspect of your life. It’s a part of life and rather than run from it why not embrace it.

Change allowed me to open up to new people, allowing me to have a circle of friends that I can trust and rely on. Change gave me the opportunity to find out who I really am and who I can really be.  It may be scary, or even intimidating but at the end of the day… change is just the doorway to something new.

(Read all the pieces in This I Believe)

Haven Dawkins is an 18-year-old female who was born and raised in Northern Virginia, and still lives there today. Ms. Dawkins mostly spends her time working as a hostess at a restaurant in her city or in college where she is studying to become a teacher. Every weekend she tends to go out, and tries to maintain a normal social life in what she likes to call “Covid Times.” Haven is the youngest of 4 siblings, and was raised by her mother and father. Ms. Dawkins mainly writes fiction, so non-fiction is a new venture for her. This essay is Haven Dawkins first personal narrative essay.

1
Tags:
Previous Article
The “Nuts” Are Back!
Next Article
Shock and Awe: a Reflection on Manipulation and the Media