The words of a celebrated modern poet and an 11th century literary classic are interwoven as dance theater in The Scarlet Stone. Four dancers and a narrator retell the Persian legend of deadly consequences when a gifted son arrogantly challenges his father. Presented in 2011 and 2015 at UCLA, the dance drama attracted the attention of theater director and UCLA professor Peter Sellers. Most recently, The Scarlet Stone was showcased at Toronto’s biennial Tirgan Art Festival which has made the performance available online through November. 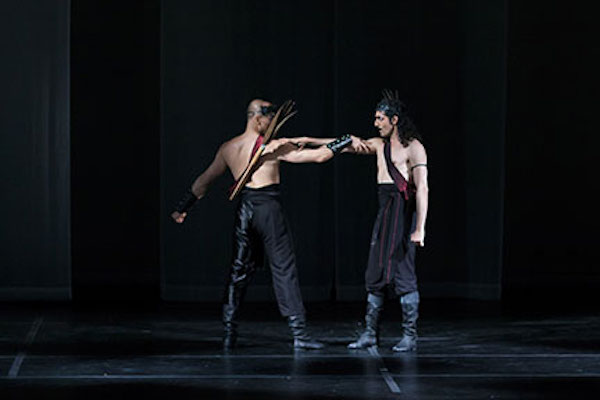 The online offering includes a panel discussion moderated by Sellers that provides background on the significance of Abul-Qâsem Ferdowsi’s revered 11th century Book of Kings (Shahnameh) and the 20th century Iranian poet Siavash Kasrai. The poet moved from a leftist, anti-Shah stance in his earlier poems to a different perspective after the 1979 Iranian revolution and his self-exile outside of Iran. Kasrai’s later poems including his final masterpiece reflect what he saw as betrayal of the concerns that originally propelled the revolution.

The Scarlet Stone as a work of dance theater weaves common threads from the ancient tale with Kasrai’s words spoken by the Narrator (Gordafarid). She enters in a full-sleeved, floor sweeping scarlet cloak to set the scene before a series of sheer curtains. That minimal stage setting of suspended fabric becomes a screen for projections and also assumes significance as the action and dancing downstage is separated from figures appearing behind the translucent fabric, foreshadowing characters and approaching events. 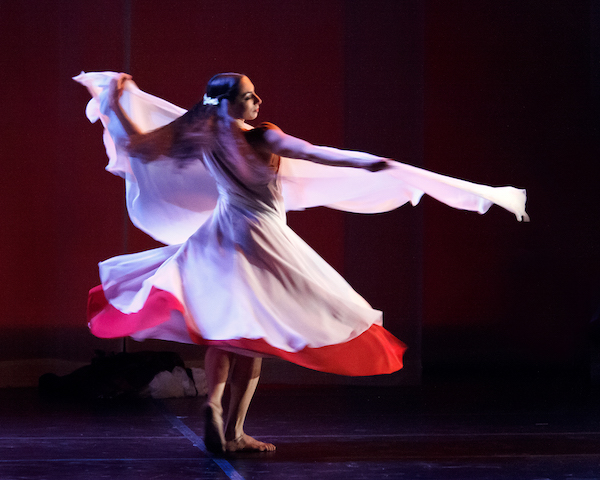 The narrator’s poetic introduction describes the exploits of the warrior hero Rostam which leads to his personification danced by Afshin Mofid as events lead him to another king’s land. Those curtains simultaneously conceal and eventually reveal the second pivotal character, the host king’s daughter Tahmineh (Miriam Peretz). Her circular choreography with layers of an artfully designed dress, each layer gradually discarded, reflect the narration of her self-consciously precise decision process of how-to-dress, how to arrange her hair, and how best to present herself to seduce the hero warrior. 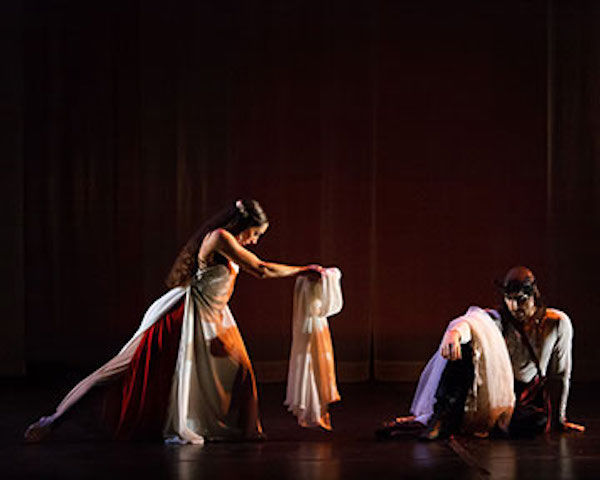 The narrator takes the action forward through the years as the precocious child of that union has grown to the young prince Sohrab (Shahrokh Moshkin Ghalom) whose compulsion to prove himself leads to an effort to depose his hero father and assume the crown. The narrator discloses how the son’s ambitions are aided and undermined by other political forces. On the way to battle, Sohrab encounters only one warrior nearly his match Goldfarid (Ida Saki) who is revealed as a woman, making for a ferocious pas de deux. The narrator leads the story on to the fateful match, the son’s death at the hands of his father, and the mother’s lament at the tragedy fueled by the militaristic arrogance of her son, the unforgiving nature of battle, and betrayal by politically motivated others. 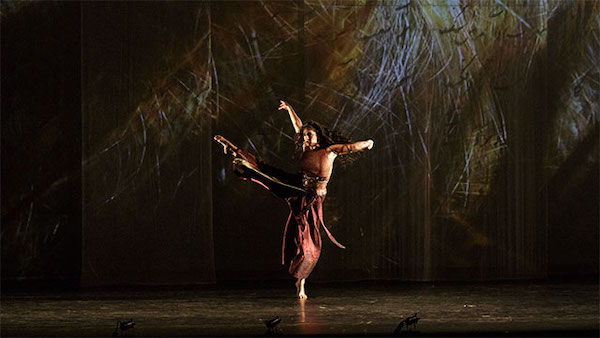 The universality of the themes, the “once upon a time” pace with which the story unfolds in an efficient 80 minutes, the luxurious narration with English subtitles all facilitate understanding for those unfamiliar with Persian literature or Iranian history. The post performance panel led by Peter Sellers provides audiences with an additional window into the worlds of Persian literature as well as traditional and contemporary Iranian dance. The roughly 60-minute discussion opens with Sellers’ always insightful and provocative comments about theater and dance.

A scholarly perspective on Ferdowsi’s Shahnameh (Book of Kings) and Kasrai’s poetry, is nsuccinctly provided by Ahmad Karimi-Hakkak, an emeritus professor at the University of Maryland and visiting professor at UCLA. The director Shahrokh Yadegari and most of the dancers come into the conversation including Ghalam who had dual credits as the costume designer and choreographer as well as dancing the hero warrior. With a gap of several years between the two performances, the dancers discussed how their view of their characters and their dancing evolved from the 2011 to the 2015 performances. Several dancers also shared childhood memories reflecting the importance and respect in which the Book of Kings was held. 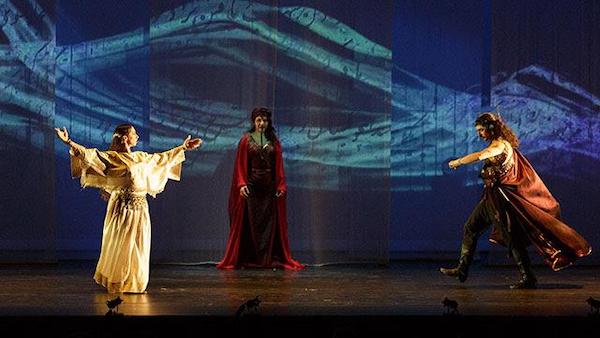 The sponsoring Tirgen Art Festival, a biennial celebration at multiple venues in Toronto, Canada, is considered the world’s largest celebration of Persian/Iranian arts and culture. Events range from dance, music, cinema and visual arts to history and literature. The name, Tirgen, references an ancient Persian/Iranian festival at the summer solstice. 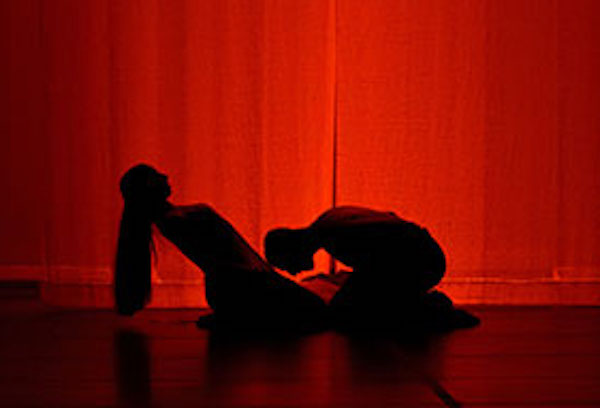 The Scarlet Stone video and the panel discussion online through November extends the chance to understand Persian and Iranian cultural influences beyond those able to attend the festival. Online thru Nov. 30 at Tirgan. Panel discussion at YouTube.

2
Tags:
Previous Article
How to Build a Popular Gaming Blog
Next Article
Poets on Craft: Austin Veldman and George Franklin