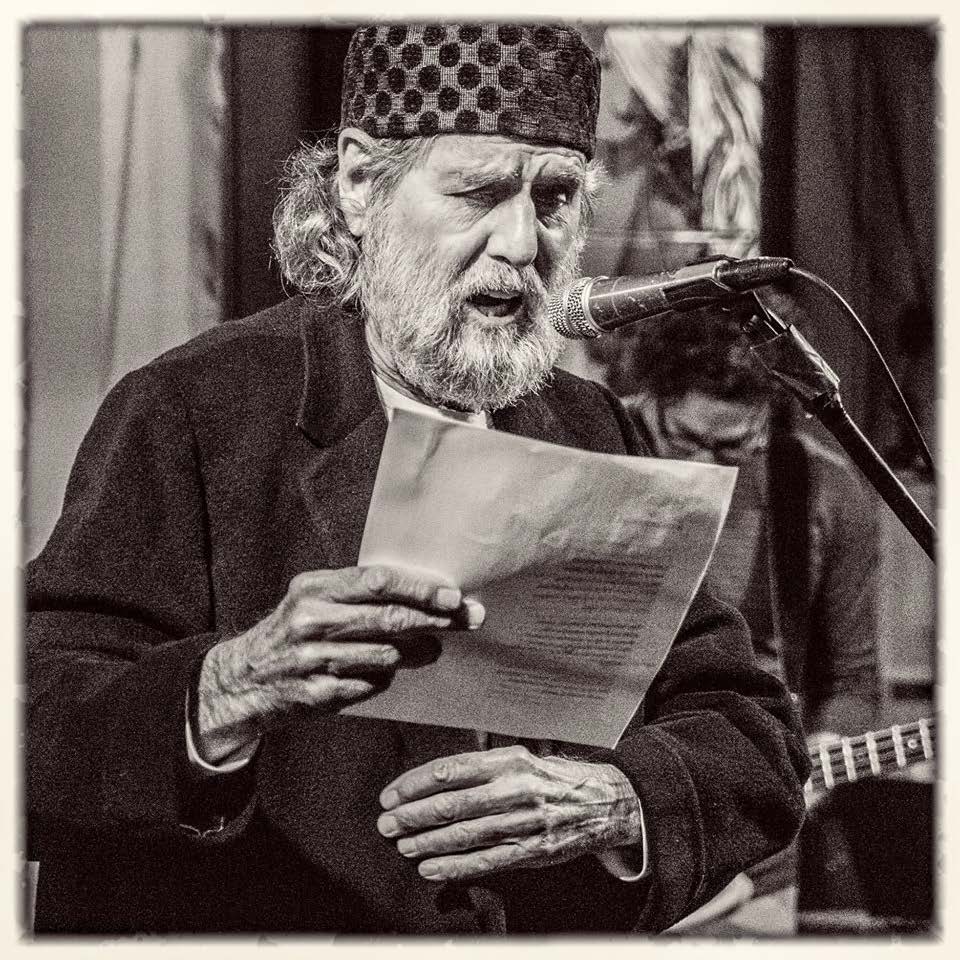 For convenience, I & my life partner
(the woman formerly known as my wife)
have numbered our arguments. Number 3,
you’re so negative. Number 8, you’re
naive. Number 11, another beer already?
Number 13, you don’t listen to me.
But I do. I just don’t agree. Now
my life partner’s on the couch, watching
Live P.D.  She’s pleased with the police,
so kind to the miscreants & trailer trash
they apprehend. Of course, they’re
kind! They’re on camera! Without
looking at me, she holds up three fingers.

My life partner wants to make a deal:
she’ll stop storing our broken pepper mill
upright in the spice rack, pepper everywhere
like coarse soot, she’ll store the mill
on its side if I stop switching off the light
over the dining-room table whenever
she’s in another room. Why? Why
does she need that light on all day?
She raises both fists & opens each one
twice. Number 20, you don’t love me.

The homeless guy who lowers himself
down beside me on the bench
outside the Co-op? He’s generic,
more dirt than human. As if
my father’s ill spirit possesses me,
I almost snarl “Hey! I’m eating here,”
his stink killing my appetite for the bowl
of organic jackfruit on my lap. I stand,
ashamed, give him a dollar & walk away
after dumping the paper bowl
into a trashcan advertising the pleasures
of our historic shopping district.
I swore I’d stop writing about liberal guilt
& about cats too, but I must confess
last night, I groomed our little black cat
with my tongue & watched her perpetually
startled gold eyes widen as I licked her neck
& then her belly, inhaling her scent.
In Japan, childless couples can rent
a cat by the hour to sniff its belly, which
smells like the crown of a baby’s head.

OR MY SISTER, THE FEMINIST

You told me
I can’t imagine
what it’s like
being a woman.
But I can imagine
being a spoon, a loaf
of bread, a hummingbird,
even a werewolf,
in-grown hairs & all.
Why not a woman?
Don’t you remember
the night you woke up
sobbing & I left
my bed down the hall
to hold your hand
until you fell back to sleep?

Jefferson Carter has work in such journals as Carolina Quarterly, Barrow Street, Cream City Review, and Rattle. Chax Press (Tucson) published his ninth collection, Get Serious: New and Selected Poems, which was chosen as a Southwest Best Book of 2013 by the Tucson/Pima County Public Library. Birkenstock Blues (Presa Press: Rockford, MI) is now available through his website: jeffersoncarterverse.com. Carter lives in Tucson with his wife Connie. He’s a passionate supporter of Sky Island Alliance, a regionally-based environmental organization.

Tags:
Previous Article
Review of Birkenstock Blues by Jefferson Carter
Next Article
A Long Way for an Allongé