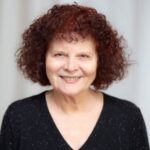 As a journalist in the Hollywood Foreign Press, I interviewed Jim Carrey 20 times during the past 25 years. The last time I spoke with him was a few weeks ago for his Showtime comedy series Kidding, that aired September 9 to November 11, and was renewed for a second season. Carrey plays Mr. Pickles, the beloved host of a children TV show with puppets, who experiences an emotional breakdown after one of his twin sons is killed in a car accident. Judy Greer plays his ex-wife, Catherine Keener his sister, Frank Langella his father and showrunner. Kidding was created by Dave Holstein in collaboration with Michel Gondry, the French director of Eternal Sunshine of the Spotless Mind (2004) written by Charlie Kaufman.

I find Jim a handsome man, a troubled soul, and a true artist. I admire his work and have seen all this movies, comedies and dramas. Particularly relevant to today’s world is The Truman Show (1998), written by Andrew Niccol and directed by Peter Weir, where Truman discovers that he has been living his entire life inside the fake reality of a TV show. Carrey confesses having had to deal with “seriously deep currents” in his own life that have made him able to understand the pain of others. To him Kidding is about “the fear of our authentic selves, of the honest truth.” He says he is satisfied with his life and excited about where it’s going, feeling happy, but also sad and lonely. He spends a lot of time alone in his big house in Brentwood, engaged in his latest passion, drawing political cartoons that are posted on Twitter for his nearly 18 million followers @Jim Carrey.

Carrey has been painting and sculpting for a few years, in the video I Needed Color he says he started doing that to heal a broken heart. When Trump was elected President in 2016, he began to sketch, and says that these drawings “came out of my necessity to alchemize such confusion, disbelief and disappointment into something creative and decent.” From that came “freedom and relief and good feelings, knowing that I am expressing myself honestly. I can’t just watch this nightmare unfold, this is my way of voicing my opinion. It’s important not to be silent in a time like this. We need to scream and yell and say we know this guy is a liar, a dishonest person, a criminal. I am tired of listening to disgusting liars, I am ready to go to war.” In reference to the forced separation of children from their parents, Carrey says, “They are calling it separating, but we are kidnapping people.  If you allow them to steal babies at the border and not ever give them back to their parents, these children are psychologically damaged.  It happens fast at that age and they are lost.” He tweeted to Time, “I fixed the controversial TIME Magazine cover. This is much more appropriate.”

With the mid-term elections two weeks away, November 6, Carrey encourages Democrats to come out and vote, “You need to do this at this important time in history, because if Trump gets one more term, then you are going to see real flat-out in-your-face fascism.” He has this suggestion for Republican voters, “There’s so much criminality going on in this administration, you can’t hide from it. It doesn’t mean you have to vote for a Democrat, but do the right thing and stay home.”

As to what could be done to fix problems in the U.S., as a Canadian-American, Carrey understands the benefits of free healthcare, of government help for homeless and veterans. “There are socialized programs that must be implemented in order for us as a community to be human. We are inhumane as a country right now.”

We will have a chance to see Carrey’s anti-Trump original cartoons at the exhibit “IndigNation: Political Cartoons by Jim Carrey, 2016-2018” from October 23 to December 1 at the Maccarone Gallery in Boyle Heights, 300 S Mission Rd. Los Angeles, CA 90033.