Still spry and charismatic at 91, John Cullum offers an enchanting and charming solo turn  in John Cullum: An Accidental Star, a 80-minute career retrospective with songs. This virtual cabaret piece, available online until April 22, was produced by the Irish Repertory Theater, the Vineyard Theater and Goodspeed Opera House, three theaters Cullum has worked with, and is simplicity itself. Cullum relates stories about his seven-decade career with subtle musical accompaniment by pianist and musical director Julie McBride. From his early days in New York with Joseph Papp’s Shakespeare in the Park to his Broadway debut in Camelot to recent triumphs such as The Scottsboro Boys, the two-time Tony winning star offers amusing anecdotes and backstage insights as well as memorable performances of songs from his shows. 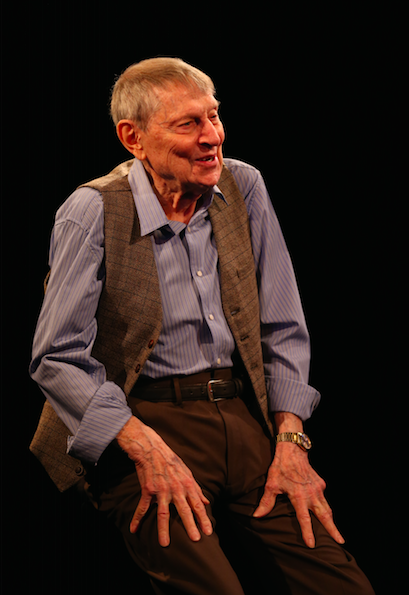 David Thompson wrote the concise script and Lonny Price provided the straightforward direction, consisting of Cullum seated on a stool center stage with just enough varying shots to lend variety. The theme tying together his stories is the unpredictable and unintentional nature of many of his triumphs. Hence the title. When he first arrived in New York in the late 1950s from Tennessee, Cullum began nabbing roles in classical productions and established himself as a Shakespearean with several repertory roles in Papp’s summer series. He got into Camelot by not only outsinging, but also outacting rivals for a role as one of the knights. This led to him understudying star Richard Burton and replacing Roddy MacDowall as the villain Mordred in the Broadway company. 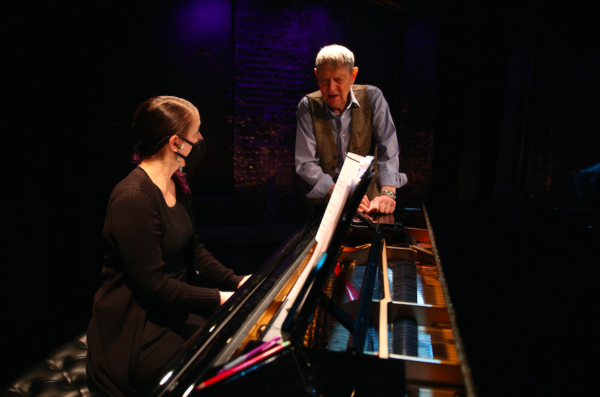 Also in the “accidental” category, Cullum’s leading man roles in On a Clear Day You Can See Forever and Shenandoah were originally intended for Louis Jourdan and Jack Palance respectively. I loved Cullum’s description of Palance’s voice as wispy and slightly sinister, all wrong for the warm Charlie Anderson, a Civil War patriarch determined to keep his Virginia family out of the conflict. He includes juicy tidbits about the making of both shows as well as the flop We Take the Town which starred a miscast Robert Preston as Pancho Villa and closed out of town. Cullum soulfully warbles a sweet love song from that misbegotten venture, and explains that the songwriters refused to make necessary changes resulting in a shuttering before reaching New York. We also learn about his initial unfavorable reaction to the satiric musical Urinetown. He eventually took on the show moving from Off-Off-Broadway to on, demonstrating Cullum was always willing to take big risks and not settle for reviving the familiar.

Cullum’s voice may be a tad wobbly, but it retains its rich texture and emotive power. His rendition of “Come Back to Me” from On a Clear Day still thrills with urgent passion and humor. His narrative tone is folksy and inviting. The only flaw here is Cullum is such a nice guy, he doesn’t indulge in any nasty show-biz gossip, not even over Madeline Kahn’s departure from On the Twentieth Century only a month after the opening. I also would have liked more info on Cullum’s non-musical roles in such productions as the Richard Burton Hamlet, the ill-fated Burton-Elizabeth Taylor Private Lives, Arthur Miller’s All My Sons, Tracey Letts’ August: Osage County and the nuclear-holocaust TV movie The Day After. Despite TV and film roles such as the CBS series Northern Exposure, Cullum is one of the few male leading men whose main media is the theater plus he’s the one of the few from the Golden Age of Musicals still working today. This entertaining retrospective affords a rare overview of not just one superlative performer’s career, but also a look back at the development of the art form over three-quarters of a century.