I met Lin-Manuel Miranda for the first time in November 2018, when he gave an interview to the journalists of the Hollywood Foreign Press about Mary Poppins Returns, directed by Rob Marshall, with Emily Blunt as the magical nanny, a sequel to Mary Poppins (1964) with Julie Andrews, based on the book series by P. L. Travers. We saw the story of this writer’s relationship with Walt Disney depicted in Saving Mr. Banks (2013) with Emma Thompson and Tom Hanks.

Miranda played Jack the lamplighter, apprentice to Bert the chimney sweep played by Dick Van Dyke in the original film. He said: “Jack is the one adult who understands what Mary Poppins represents when she comes back into town. Grownups forget about the magic of childhood, but Jack never lost his childlike wonder. There are two beautiful lessons that come out of our film, one is that childhood goes by quickly, so treasure it, if you are a parent or a child. And two, get in touch with that boundless imagination that comes inherent to every child. As children we are all poets with limitless imaginations, and some of us choose to specialize in that, while others move on to other pursuits as we grow up and it fades away.”

Miranda, 41, was passionate about music and the arts from early childhood, he played the piano at age 6, at age 19 he composed and staged the musical In the Heights at Wesleyan University in Connecticut. A later version of that musical opened on Broadway in 2008, and it has now become a movie directed by Jon Chu (Crazy Rich Asians), who was raised in Palo Alto, California, by Chinese immigrant parents. I spoke with Miranda about In the Heights in February 2020 at a long-lead press roundtable. The release was then postponed a year, to June 11, 2021, due to the closure of movie theaters during the coronavirus pandemic. He said: “This is a show about home, and that’s a loaded word if you are an immigrant or the child of an immigrant. We’ve come to America from all over the world, our parents or our grandparents have made that sacrifice so we can start a new life here, so what traditions should we hold onto? There are many differences between cultures, but the goal is to celebrate what we have in common. When I was growing up in the Washington Heights neighborhood, after the influx of Dominicans in the 1970s, those were the dominant business owners. So I stratified the nationalities to different generations. Usnavi the narrator is Dominican, Nina is Afro-Latina and her parents are immigrants from Puerto Rico who came here in the 60s, Abuela Claudia came from Cuba in the 1940s. My Puerto Rican parents bought their home from an Irish family in the 80s, as the Irish were leaving Washington Heights when Latinos were arriving, and there was a huge influx of European Jews after World War II. So this upper Manhattan neighborhood has historically been a first chapter for many Americans.” 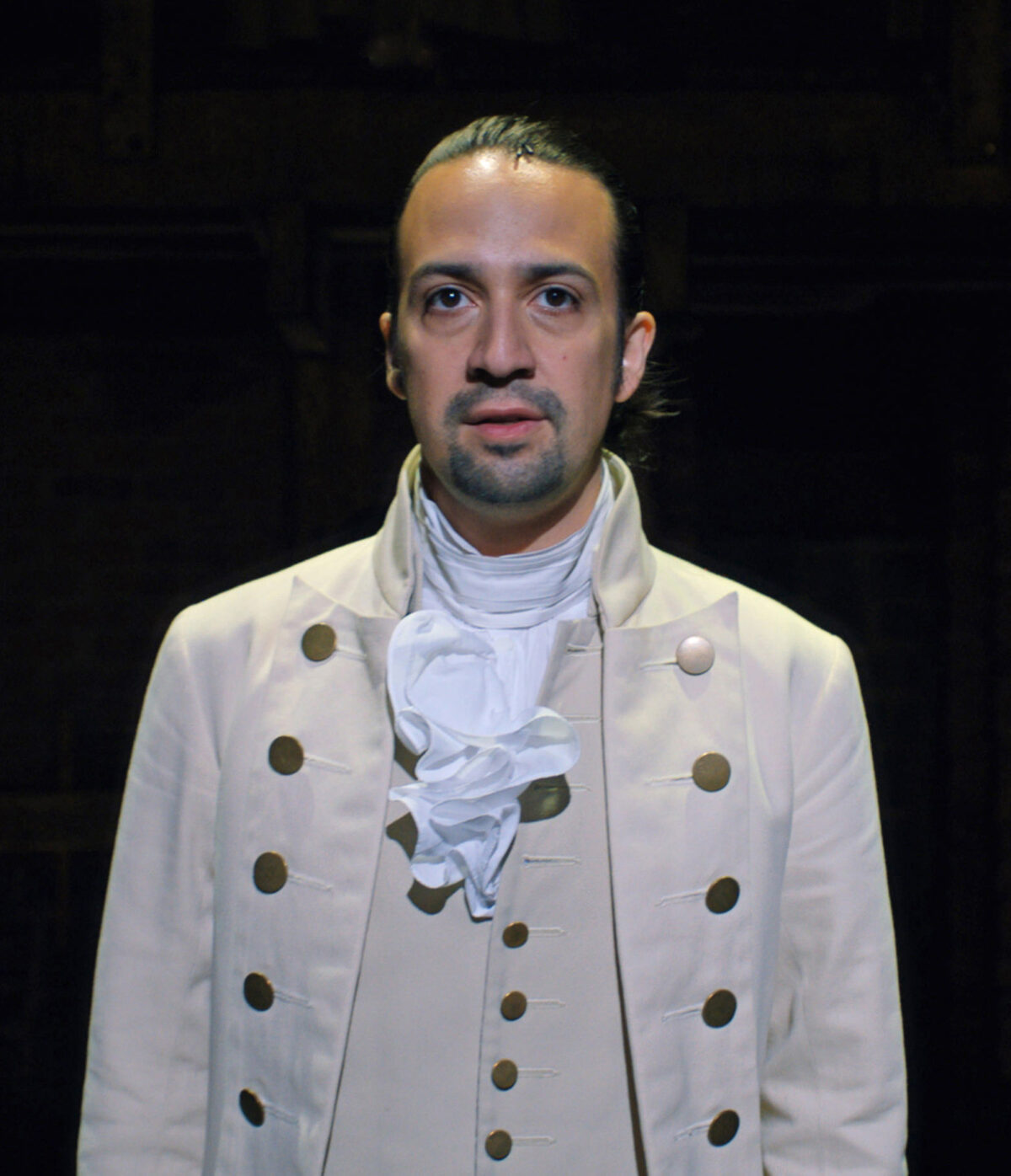 I spoke with Miranda virtually on Zoom in June 2020, about the filmed stage musical Hamilton. He said: “When I read Ron Chernow’s biography, I was struck by the fact that Alexander Hamilton is unique among the founding fathers that we celebrate. He is a young man who came from impossible odds, from incredibly tough origins, he was born in the Caribbean island of Nevis, he came to New York just as the American Revolution was starting, and on the strength of his writing, he wrote his way out of poverty into George Washington’s good graces, he wrote essays against the British, he wrote our financial system and then also wrote his way into ruin. So Hamilton is really an immigrant narrative.”

Only recently I watched the 2020 HBO documentary Siempre, Luis about Lin-Manuel’s father, Luis Miranda, 67, a political consultant for democratic candidates and a veritable dynamo. That is when I got a real sense of the upbringing and moral values of Lin-Manuel, this talented composer, singer, actor, and a quite humble man devoted to his family, his lawyer wife Vanessa and their two small children, Sebastian, 5, and Francisco, 3. He said: “In terms of my father’s personality, I inherited my love of the arts from him and from my mother Luz. And if there is anything that Hamilton and my dad share, is that there were both relentless, there is no relaxing with either of them. So when I am playing Hamilton, I am playing Luis Miranda.”

2
Tags:
Previous Article
Spring 21 & Mumuki
Next Article
When the subject is light … itself