Love Letters: Tea for You

At first, Ngozi Anyanwu’s The Last of the Love Letters seems like a conventional breakup story. The audience enters the Atlantic Theater Company’s Linda Gross Theater to find Anyanwu herself on stage as a character listed in the digital program as “You.” (The others are enigmatically called You No. 2 and Person.) This You is scribbling in a notebook, evidently she is writing the missive alluded to in the title. As the play begins, Anyanwu launches into a 20-minute monologue describing the defects of her relationship with the addressee and the reasons why she is breaking up with him or her. It’s funny and entertaining enough, with some sassy barbs aimed at the rejected lover. Anyanwu is a sharp writer and a confident performer, but this is familiar territory. 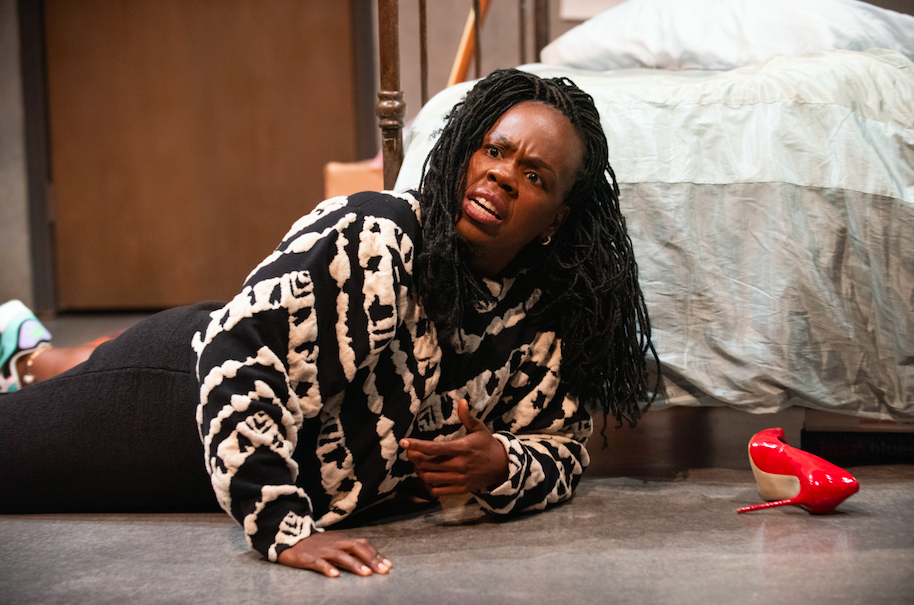 Ngozi Anyanwu in her play The Last of the Love Letters.
Credit: Ahron R. Foster

But just as she is about to walk out and finish off her ex, Yu-Hsuan Chen’s stark set is taken apart by hazmat-suited stagehands and we enter into a dystopian future where You No. 2 (the dazzling Daniel J. Watts), presumably the male of this couple or maybe he is another aspect of the female, is held in a Kafka-like prison. Like Winston Smith in 1984, or the Robert Duvall character in the cult sci-fi film THX 1138, You No. 2 is drugged into submission and senselessness. His only attendant is Person (Xavier Scott Evans), a masked, mute fellow who feeds him tranquilizers at regular intervals. We gradually discover the real purpose of the letters and Anyawu’s message of an oppressive fascistic society crushing its free spirits. Like the opening monologue, this is a theme we’ve seen before and it’s not especially gripping or different. 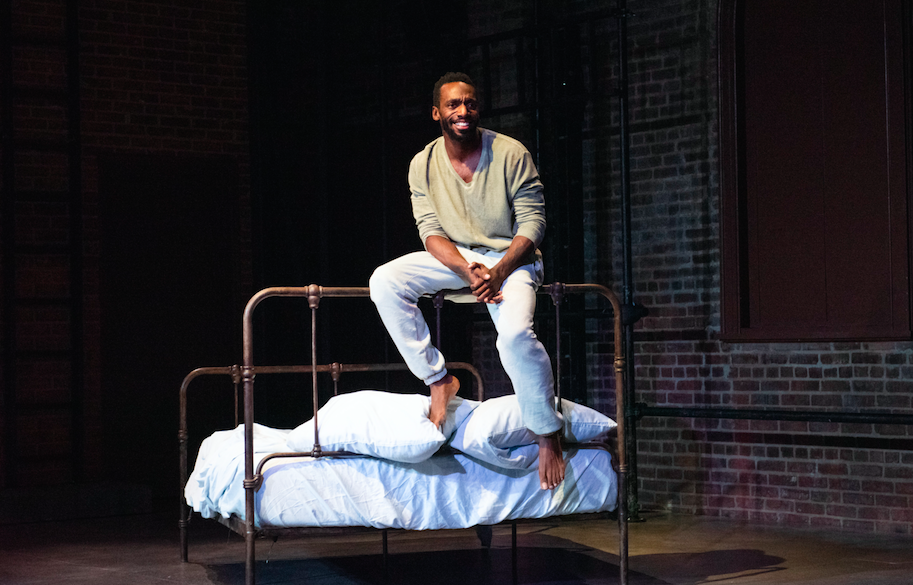 Fortunately, Watts’ amazing performance as You No. 2 brings this slim, derivative work to a higher level. Using all of his body and emotions, Watts runs the proverbial gauntlet from rage to lust to surrender. At one point, he launches into a kinetic dance of despair, reeling with passion and anguish. He makes this bizarre construct believable.

Patricia McGregor’s direction is tight and Stacey Derosier’s lighting and Twi McCallum’s sound creates an appropriately hellish prison environment. But this Love Letters is obscure and pretentious. We’ve been here before, but Watts makes the trip into a dark future worthwhile.

Tags:
Previous Article
Black Lives Matter and the Karen Surveillance State
Next Article
The Best Ingredients for Your Skin