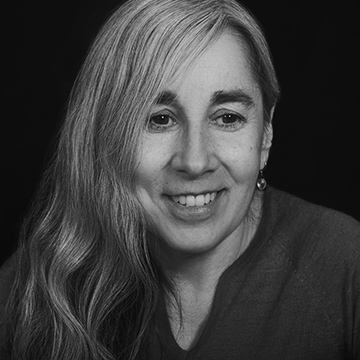 This poem opens with a very precise image: “The ropes were mounted/on the ceiling of the gym.” Then, with remarkable pacing the poet unveils the nature of the characters (“Jeannie O’Brian,” “Mr. Dube the gym teacher”). Without leaving the confined space of the gym, the poem expands and becomes a daring celebration of life.

The ropes were mounted
on the ceiling of the gym
several stories high.

Winter inevitably came
and with it indoor gym
and the gymnastics unit.

I was not flexible. I was not
strong or brave. The last thing
I wanted to do was tumble

in public when the balance
beam, horse and parallel
bars took up their stations

and the mats were hauled
out and the ropes released
from their hooks with a thunk.

But Jeannie O’Brien, the girl
in the wheelchair with the
time-stopping stammer,

the girl with the birdy bones,
the baby grin full of crooked
teeth, the mother who hovered

even in junior high, Jeannie
whose thin brown hair was
always freshly beribboned,

Jeannie who I lost track of
after seventh grade, who
haunts me to this day

because I mostly tried
to ignore her, because
there would have been

her wheelchair from class
to cafeteria and girls’ room
and back, turning my back

bodied who could easily
afford to be thoughtless
and sometimes cruel —

Jeannie would be carried
by Mr. Dube the gym teacher,
who could also be cruel,

and climb with the speed
and the economy and
the silence of a spider,

Michele Herman is the author of the forthcoming novel Save the Village (Regal House, 2022) and two poetry chapbooks Just Another Jack: The Private Lives of Nursery Rhymes and Victory Boulevard. Her stories, poems, essays and articles have appeared in dozens of publications including Ploughshares, The New York Times, The Hudson Review, The Sun and New York Quarterly. She teaches at The Writers Studio, and as a developmental editor and private writing coach she has helped many writers bring their manuscripts to fruition. She won the 2018 New York Press Association Better Newspaper Award for best column, is a two-time winner of the Willis Barnstone Translation Prize for her translations of Jacques Brel songs, and was a semifinalist in the 2016 Raymond Carver Short Story Contest. She is also a long-time columnist for The Villager and The Village Sun, and often performs her own prose and poetry in cabaret and theatrical settings around New York City.