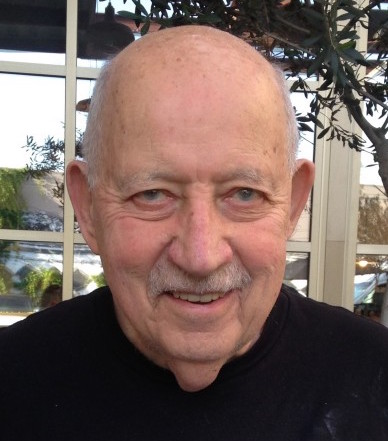 So, what else is new at MOCA? Jeffrey Deitch, the previous director, was castigated for having guest curators for his Geffen MOCA “Art in the Streets” exhibition when these guest curators were known to have direct financial interest in the work of several participating graffiti artists included the exhibition. Deitch was an imaginative and enterprising New York art dealer who accepted the challenge of reinvigorating MOCA. The current MOCA director, Philippe Vergne, is a credentialed curator who was director of the New York Dia Art Foundation for six years. Vergne is now criticized for hosting an exhibition where its guest curator is the owner of 34 of 39 objects on display. To say the least, this is a highly unprincipled act in the American art museum profession.

The position of the museum director is one of trust. The director should act with integrity and in accordance with the highest ethical principles. The director should avoid any and all activities that could compromise his or her position or the institution…AAMD members who violate this code of ethics will be subject to discipline by reprimand, suspension, or expulsion from the AAMD. Infractions by any art museum may expose that institution to censure and /or sanctions, as determined by the Board of Trustees of the AAMD, that may, in the case of sanctions, include, without limitation, suspension of loans and shared exhibitions between the sanctioned museum and museums of which the AAMD members are directors.

Obviously harsh language; however, it reflects the standards of the art museum directors’ profession. When interrogated by Christopher Wright discussing the exhibition’s reliance on one private collection, Vergne said, “It’s a legitimate concern.” He continued, “I understand it’s unusual.” Vergne said that identifying the collector as co-organizer was “perhaps clumsy.” He further stated that “I wanted to be transparent.”

Does this add up to cause for professional discipline? That will be a decision to be made by MOCA’a board of trustees and the Association of Art Museum Directors. However, for myself, I find this to be another example of Vergne’s perplexing professional standards. Three years ago, I went to see an exhibition presented in a New York South Bronx public housing project sponsored by the Dia Art Foundation of which Vergne was then the director. It was highly praised by The New Yorker’s art critic and occasioned hundreds of Manhattan’s cultural cognoscenti to take the subway to a world with which they had no familiarity. I found it to be a blatant insulting act of cultural imperialism perpetrated on Bronx residents by an elitist Manhattan art institution. I wrote about my dissatisfaction on my blog, The Cosmopolitan Observer. Some parallels can be drawn between the MOCA Pesce exhibition and Dia’s invasion of the South Bronx. In both cases, Vergne was the museum director responsible for establishing policies to be executed by others. I quote briefly from my blog post.

“On a Saturday afternoon in mid-September (2013), we took the #5 subway to Prospect Avenue in the South Bronx and proceeded to walk North on Prospect Avenue to 163rd Street. After crossing Union Avenue, we turned right on Tinton Avenue and gained access to Forest Houses, a Post World War II public housing project.

“So, what did we find? I would describe the ramshackle wooden structures that appeared to be the core of the project as an insensitive intrusion into the courtyard of a low-income public housing project. There was a library, radio station and a bank of computers linked to the internet. Where and how did Gramsci (an Italian communist philosopher of the early twentieth century who appeared to be the focus of the project) fit into this mess? Searching for some documentation, I found a faded typed biography.

“Was this a bad joke? No, this was supposed to be a serious work of art. As I wandered from one tacky space to the next, I tried to image who was the so-called artist who had conceived of this entity and why it was sponsored by the Dia Art Foundation. Beyond that, I was compelled to ask what it had to do with Antonio Gramsci?

“As we wandered around this desultory organized phenomenon, we came upon an open-air theater with about two hundred mostly middle-aged Caucasians seated in a semi-circle listening to an African-American man promote his book describing his experiences with the ANC (African National Congress) in South Africa. It did not appear that many, if any, project residents were in the audience.”

Could one say that this South Bronx Dia Art Foundation invasion was an act of questionable ethical practice? I believe that the evidence speaks for itself as does the evidence regarding MOCA’s Design Center Pesce exhibition. What does this tell us about Philippe Vergne? Obviously, they are products of a museum director who dances warily along the boundary between ethical and non-ethical behavior.

favorite
Tags:
Previous Article
Ed Rosenthal: “Landlady”
Next Article
And The Winner Is…