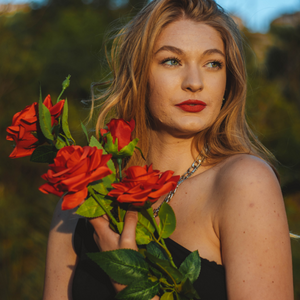 The first time I ever searched “How to Move to Europe” was a few weeks after I met a German exchange student in my United States history class. At sixteen years old, she was the first person I had ever met who was from another country. Speaking to her, I became mesmerized by her life and insatiably curious about languages and different cultures. She would seamlessly speak to me in English, then send a voice message in German, and a few minutes later text a friend in Polish. As a mono-lingual English speaker, who after a year of Spanish classes could basically only conjugate the word bailar, I was certain this girl was gifted with superhuman language learning abilities. We quickly became friends and in return for helping her in our U.S history class, she would teach me about language learning and German culture.

These moments with her put a question in my head that I could not shake for seven years. Constantly, I asked myself…what if?

What if one day I just packed up my life and moved into the unknown?

They say that travel is the greatest teacher. Once I acted on my curiosity, I learned so much more through my experiences than being overwhelmed with the 382 million Google search results about how to move abroad.

A complex phenomenon that the world is experiencing at an increasingly high volume is international migration. It is a subject that encompasses many economic, social and political avenues. In fact, we are currently witnessing the highest amount of movement as more people are being displaced or looking for new opportunities around the world. The vast connectivity of the internet and stories of wanderlust in novels and television have shown people what life could be like in other places.

However, is it as glamorous as it seems? What does it mean to move abroad?

An expatriate describes anyone who is living in a country outside of their home country. The connotation of the word suggests that expats move voluntarily and may have the option to return to their native country. The main difference between an expat and other migrants is that they moved because of their privilege of choice. Are all immigrants considered expatriates? What about asylum seekers or refugees? The difference between these terms lies in semantics and politics. An expat may be applauded for their courage to move and be welcomed into their new country, yet immigrants are constantly halted by border controls and federal laws. Every year, millions of people move to a new country and not always because they have the freedom to choose where and in what manner. It is difficult to examine the current changing landscape and determine exactly how many people have moved to another country and why, but it is estimated that there are about 280 million people living in a country outside of their home country (since 2020).

Many move for job opportunities, relationships, education, military, safety and more. I am one of the millions of people who have moved abroad. Last year, I used to commute almost four hours a day to a sales and marketing job that took a very negative toll on my mental health and well-being. Less than a month later after my resignation, I got my first interview for a job in Spain teaching English. I had never been to Spain before, nor had I ever worked as an English teacher. But since I was sixteen years old, I knew that I would one day move out of the United States, and the thought of sipping sangria and working only twenty hours a week was enough incentive for me. Having nothing else set up, I knew it was now or never. I craved adventure.

While I have never regretted my decision, in reality it has never been as glamorous as it is portrayed. I moved to a small town where very few people speak English, thus I needed to learn two foreign languages, which became a huge obstacle for me. Nevertheless I persisted and have reached a conversational level in Spanish and Catalan, with more than just the word bailar in my vocabulary arsenal.

However, dealing with foreign bureaucracy and language barriers mixed with a sense of pride and adventure, is just a part of the experience.

After interviewing dozens of people who have moved to a new country as I did, I found many similarities between the rewards and challenges that are great reflections of my own. One family I spoke with, originating from the United States, has lived in seven different countries over the past twenty years with their three children. Their mother told me that, “My children tend to identify more as global citizens, as opposed to American or Italian (their countries of citizenship or ‘passport countries’). If you ask them independently where they are ‘from,’ they will each give a different and unexpected answer. They speak an assortment of languages and their close friendships are scattered across the globe.” While discussing the expat experience, she said, “To feel I’m an expat I’d need to also feel I have a ‘home country’ and as we’ve been relocating many times over, I lost this sense of ‘home’ some time ago. Home is simply where my family is.” Others I spoke with relate to this if they moved to a new country at a very young age with their families or hold multiple citizenships.

With regards to job opportunities and education, these are systems that differ in every place around the world. It can be difficult to determine which environment is suited best for people’s needs and wants. Success and financial gain can be a byproduct of moving abroad in search of these opportunities. For young people in search of themselves and curious about travel, getting an education abroad opens up many doors for them.

People travel to experience cross-cultural understanding and to get to know people outside of their normal orbit. Moving to a new country can be just as exciting and thrilling as traveling as a tourist, but with added pressures, paperwork, and expectations.

Before I moved to Spain myself, I did not do much research as I figured I would just deal with things as they came. This approach created a lot of unforeseen stress and loneliness for me in the beginning. I then became curious to know if others moved with as little preparation as I did and if they would’ve done anything different before moving. I spoke with Ava Lindberg, who moved from Denmark to Scotland, about what they wished they would have known before leaving their home country. They said, “I wish I would have known that I didn’t have to know it all. That when you leave your country, you don’t need to know everything about the one you’re moving to—and you can’t.”

This idea speaks not just to those who migrate to another country, but to anyone who is embarking on a new and uncertain endeavor: Graduating from university, getting out of a relationship, or even starting a new hobby. The reality is, no one knows what is ahead. All you can do is celebrate the small victories every day and keep going. 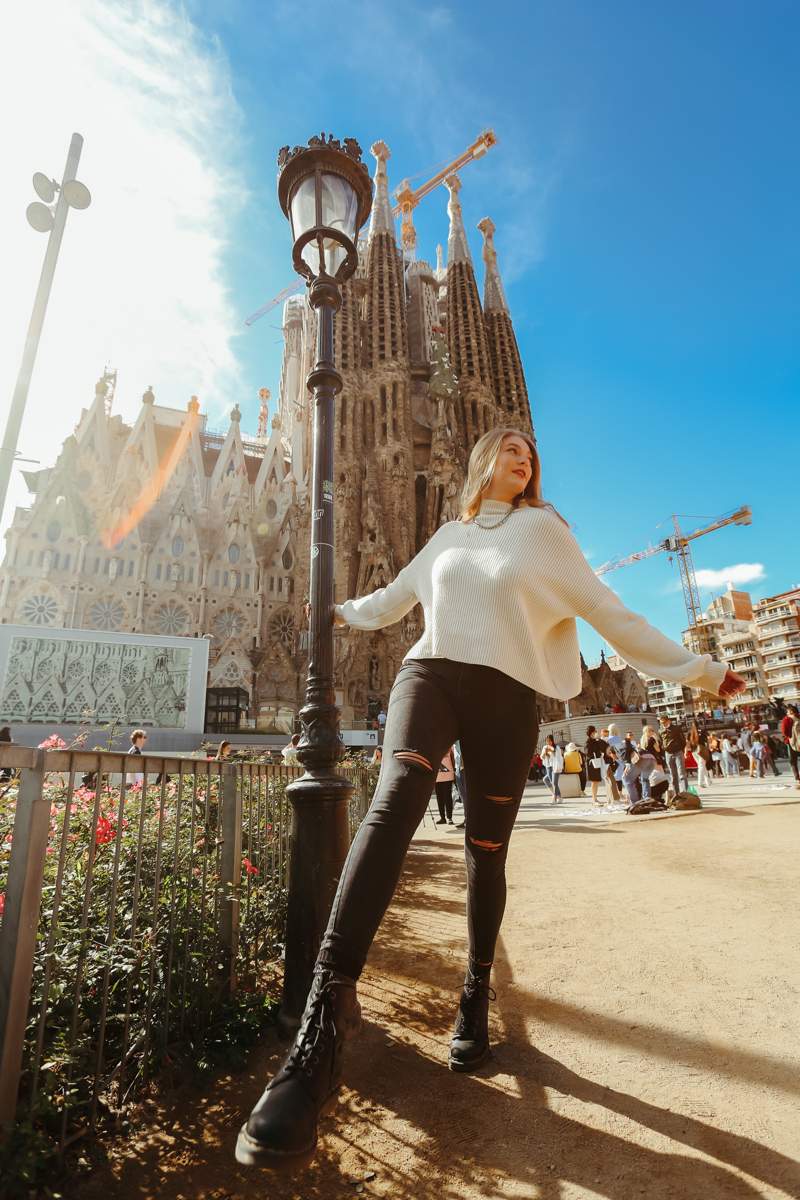 You can find more of Carmen’s photography work at carmendesiree.com or on Instagram @carmdesiree and @carmendesireephoto.

Kaitlyn Foster is originally from California but now lives in Barcelona, Spain as an English teacher and travel writer. You will often find her with a coffee in one hand and a book in the other. In 2014 she began making videos online reviewing books, movies and comics where her work has been featured in the Huffington Post, The Hollywood Reporter, BBC America, and in Marvel’s documentary Behind the Mask. After getting her bachelor's degree in Journalism and Public Relations from San Diego State University, she moved overseas to learn languages and explore stories from around the world. You can find more of her adventures on Instagram and TikTok @kaitlynabroad.

3
Tags:
Previous Article
Nothing But Blackened Teeth By Cassandra Khaw
Next Article
Lessons to be Learned #6 – The Challenges and Wonder of Childhood