“My Letter to the World”: Conversation with Angele Ellis

Angele Ellis is a Pittsburgh-based writer of poetry, flash fiction/short stories, essays, and book reviews. She also is an editor and activist. A prolific writer with numerous publications, she has written two books that stand out. First is her poetry collection Arab on Radar (Six Gallery Press). These are poems of identity and family, of political protest and personal loss (which won an Individual Artist Fellowship from the Pennsylvania Council on the Arts). Second is Under the Kaufmann’s Clock (Six Gallery Press), a collection of poetry and flash fiction (with photographs by Rebecca Clever) that showcases Angele’s many talents. Both are as relevant today as when they were published. I find Angele Ellis inspiring to talk with and believe that Cultural Daily’s readers will think so, too.

Mish: You have such a beautiful first name. Is there a story behind it? I mean, how’d you get the name?

Angele: I was named after my father’s mother, the formidable Lebanese matriarch Angèle Hobeiche Ellis—because my mother fell in love with the name, French for Angela. Remember that an angel is a messenger, and not necessarily one bringing glad tidings!

My name should be pronounced Ohn-jhell, but because I don’t live in a Francophone country, I use the anglicized Ann-jell. I keep thinking about going back to the original pronunciation.

Mish: Did you want to be a writer when you were a child? Tell us a little bit about your childhood—and did it have any effect on later creative endeavors?

Angele: I always wanted to be a writer and to have my books listed in the library’s card catalog. (The four books I’ve published are on worldcat.org and in other electronic catalogs.) My second choice was to be an archaeologist, and my third to be an astronomer—alas, I’m hopeless at math.

Even before I could read (I was reading by age four) I could recite poetry taught to me by my mother, a champion reciter in her schooldays and a natural actress. Mother encouraged me to write and was an enthusiastic audience for my childhood poems and plays, which I staged with the collaboration of my four gifted younger siblings.

I also found refuge in books, a way to enter other worlds and other lives, escaping both the lonely cacophony of a big family and the pains of being plain, introverted, bespectacled, and awkward. I see my work—except for the technical, business, and academic writing and editing I’ve done for decent pay—as “…my letter to the World / That never wrote to Me—” (Emily Dickinson).

Mish: Are you working on anything now that I can tell our readers about?

Angele: Although poetry was my first love and I never will give up reading or writing it, I’m currently circulating a chapbook of short stories, Eloped, and working seriously on a novel manuscript that’s long been hanging fire. The novel takes place in 1991, during the funeral rites for the formidable matriarch of a Lebanese family (yes, it’s autobiographical, although because it’s fiction I’m changing and inventing a lot of things).

Angele: I’ve gotten so far away from the idea of fun during the pandemic that I had to look up the definition of the word in several dictionaries. From these, I’ve taken the word evanescent: “…like a shimmering, evanescent bubble.” It’s all in the joyous moment: being caught by a song or a line in a poem or performance, laughing with a friend, being charmed by a neighbor child’s smile, petting a cat or a dog, stretching muscles during a walk, watching hummingbirds, butterflies, and bees feed from city pollinator gardens, seeing an amazing sunset. Like blowing bubbles.

Mish: In my mind, I identify you with the city of Pittsburgh. Your book of poems and flash fiction Under the Kaufmann’s Clock that Rebecca Clever illustrated with multiple images of Pittsburgh (which I reviewed for Crab Fat Magazine in December 2017) is like a love letter to the city. What is it about Pittsburgh that grabs you?

Angele: I’m an adopted Pittsburgher—a Yinzer fellow traveler—and if I’d made different decisions, I might love another city as well as I do Pittsburgh. And yet…and yet…Pittsburgh is so varied in its landscape and architecture, in the beauty of four distinct seasons, in its rivers and bridges—Pittsburgh boasts more bridges than Venice—in its parks and major buildings, in the singular beauties of its 100 neighborhoods (each of which is referenced by name in local news stories), in its small-town feel—I call it “one degree of separation six different ways”—and in its big-city amenities.

Mish Why write poetry? Nobody makes any money at it…so why do it? What’s in it for you?

Angelle: There is satisfaction in honing through craft the compulsive reaction to experience that is poetry, and also in persevering to publication. The thrill of seeing my name in print or pixels never goes away. Although sometimes, the satisfaction comes from shaping one resonant image, one aching line. And from moving people in performance or learning that a particular poem has resonated with someone. Over the years, I’ve had my work on a movie theater marquee and a kitchen magnet, consulted on a Pittsburgh Opera production, done presentations at colleges and universities, and read in places ranging from parks to private homes, libraries, galleries, theaters, bookstores, and bars.

One of the things that grabs me about Pittsburgh is that it is a great literary community (actually, a number of literary communities connected by bridges), with writers of regional, national, and international prominence and interesting local journals. There are many readings and workshops that are open and free or are reasonably priced.

And when the money trickles in, in the form of the occasional sale, royalty, honorarium, or prize, it is golden.

Angele Ellis Says:  Although Arab on Radar is available on Amazon, I encourage orders through your local bookstore or through Bookshop, which supports small booksellers: Click here for independent book sales of Arab on Radar If you want an autographed copy with a bookmark, order the book directly from me by emailing me at angeleelli@aol.com. Please provide your mailing address. 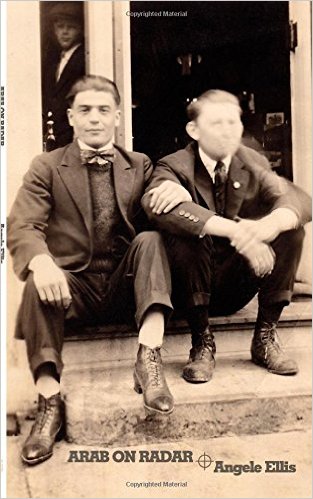 Book cover for Arab on Radar by Angele Ellis 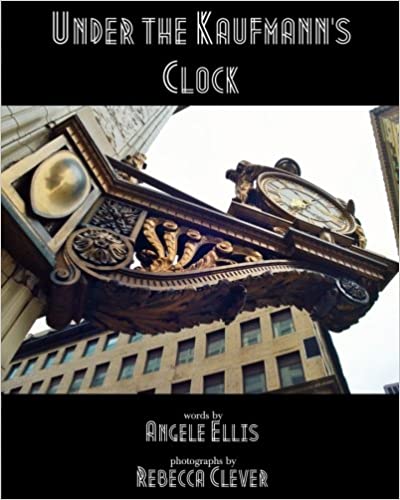