New Faces in Movies and TV

While writing about movies and TV programs for international and domestic publications, as I have done for the past 45 years, I pay special attention to new actors that make an impression with their talent. During the year that started January 1, 2020, and that, after the closure of movie theaters due to the Coronavirus pandemic, was extended to February 28, 2021 for award consideration, the most impressive debut was that of Andra Day in The United States vs Billie Holiday directed by Lee Daniels, which earned her a Golden Globe as best actress in a drama from the journalists of the Hollywood Foreign Press. I wrote her nominee’s profile and a one-on-one interview with this amazing singer turned actress. Please click on the links in red to read my articles listed in this roundup.

Before the lockdown, I had admired Anya Taylor-Joy in Emma, and written an interview for the Italian monthly Best Movie. After her stunning performance in the TV series The Queen’s Gambit, I wrote an interview for the Golden Globes website, and a profile for Cultural Weekly, then, when she received two Golden Globe nominations, I wrote her nominee’s profile. She won as best actress for Queen’s Gambit.

I had taken note that Vanessa Kirby won best actress at the Venice Film Festival for Pieces of a Woman, then, when I appreciated her acting in The World to Come, I wrote an interview, a nominee’s profile, and an article about Lesbian Romances.

As an immigrant from Italy, after moving to the U.S. in my early 20s, I had to learn how to write in English (my first article, to accompany a Black & White photo essay, was published in Westways in 1977), so I have always sympathized with other oppressed groups, like women, African-Americans, Asian-Americans, Latinx and queer people, and I’m delighted to see more and more of their faces and storylines represented on screen.

I absolutely loved Roberta Colindrez, when she joined the second season of Vida, the Latinx TV series set in Boyle Heights, so I wrote an interview for the Golden Globes website, and another interview for Cultural Weekly, where she explained her queerness. I quoted the two sisters from Vida, Mishel Prada and Melissa Barrera, in my Village Blog, about the Catholic Church’s condemnation of homosexuality and their friendships with queer people.

I noticed Zoë Chao in The High Note and the TV series Love Life, and when I interviewed her, she confirmed that Asian-Americans consider themselves “people of color.” Her grandfather had immigrated from China, and on her father’s birth certificate under race there was the letter Y for yellow. 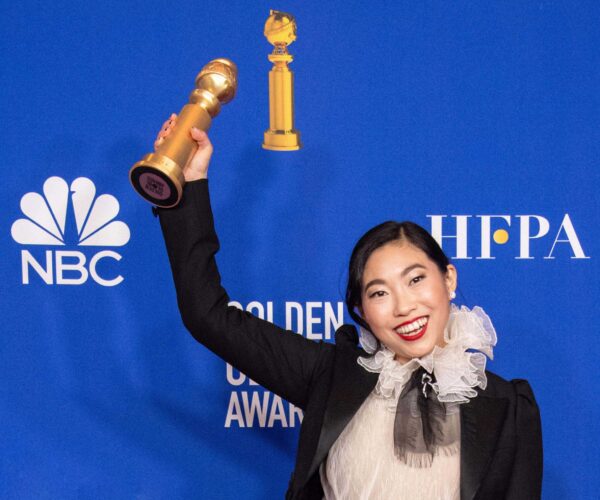 Awkwafina won a Golden Globe in 2020 as best actress in a drama for The Farewell by Lulu Wang, I had featured her in my article Young Faces in 2018 Movies for Crazy Rich Asians. When I watched her autobiographical comedy series Nora from Queens, I wrote an interview, where she talked about hatred and discrimination towards Asian-Americans.

I had mentioned Henry Golding in my article CinemaCon 2019 Embraces Diversity, and when I saw him in Monsoon, after his film debut in Crazy Rich Asians, I interviewed him again. I learned that one might feel out of place in his country of origin, after being raised abroad, which was also a theme in The Farewell.

While researching my annual article about Women Directors, of increasingly diverse backgrounds, I had seen The Photograph by Stella Meghie, where LaKeith Stanfield played the romantic lead opposite Issa Rae, so I was not surprised by his deeply felt portrayal of the FBI agent in Judas and the Black Messiah. I quoted him in The FBI vs Black Power.

I had included Daniel Kaluuya for Queen & Slim in CinemaCon 2019 Embraces Diversity, and I quoted him in Black Panthers in Movies for playing Fred Hampton in Judas and the Black Messiah. The HFPA awarded him a Golden Globe as supporting actor.

I did not fail to notice Kelvin Harrison Jr. when he played Fred Hampton in The Trial of the Chicago 7 by Aaron Sorkin, since I had listed him in Young Faces in 2019 Movies.

I had featured Amanda Stenberg for The Hate U Give in Young Faces in 2018 Movies, and wrote her profile for the TV series The Eddy. She mentioned Angela Davis as her inspiration.

I wrote about two teenage actresses of color in TV series, Lexi Underwood for Little Fires Everywhere, and Maitreyi Ramakrishnan for Never Have I Ever, where I quoted Mindy Kaling: “The history of Blacks and Latinos, Asians and Indians in this country is so different, but these three girls bond because they are not white.”

Cynthia Erivo is hardly a new face now, after Harriet by Kasi Lemmons, that I listed in my 2019 article on Women Directors, and I had featured her  in Young Faces in 2018 Movies for Bad Times at El Royale. So I was delighted to devote an entire article to this incredibly talented actress and singer when she played Aretha Franklin on TV.

Janelle Monáe, also a singer, had acted in Hidden Figures and Harriet. I wrote her profile for TV’s Homecoming and an interview for the Italian bimonthly Voilà, where she defines herself “a queer Black woman in America.”

As an Italian, I could not fail to write about the teenage actresses of the TV series My Brilliant Friend from the novel by Elena Ferrante, Margherita Mazzucco and Gaia Gerace. I also quoted the young actors Jack Dylan and Jordan Kristine Seamon in my article about TV’s We Are Who We Are created by Luca Guadagnino.

Another young actress I quoted in 2020 was Kaitlyn Dever for TV’s Coastal Elites, after featuring her in Young Faces 2019 for Booksmart by Olivia Wilde, a film I had highlighted in Women Directors. 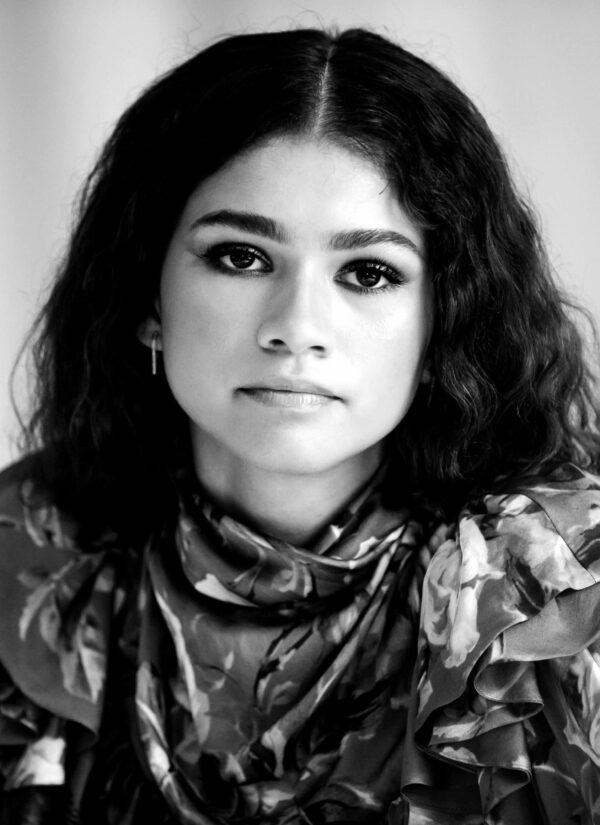 The latest actress I focused on in 2021 was Zendaya for Malcom and Marie, and TV’s Euphoria, after writing about her in the Italian monthly Best Movie, and featuring her as a young face of 2019, for Spider-Man: Far from Home. So I conclude with her words: “Hope is about believing in the good of the future, that we’ll pass the baton and the young people will take it and do beautiful things with it.”