On Your Feet Congas Its Way into Our Hearts 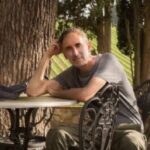 Following its nearly two-year run on Broadway, the national tour of On Your Feet makes its way to Los Angeles at the Pantages Theater (now through July 29th). This exuberant tribute to the life and career of Gloria and Emilio Estefan is no ordinary jukebox musical. And yet — boasting a catalogue of familiar hit songs — it is also that, unabashedly so. In a larger context, On Your Feet is a triumphant celebration of the immigrant experience. At a time when immigrant rights — and by extension human rights — are under attack, this high-energy, somewhat sentimentalized yet highly entertaining musical takes on a greater importance about the ideals and values we cherish and must now fight to protect. During a pivotal confrontation with a record exec who tries to marginalize the band as a niche Latino commodity, Emilio stands up to him, saying, “This is what an American looks like.” This bold declaration reverberated through the theater triggering a boisterous and sustained applause from a supportive audience.

Fueled by two powerhouse performances of its dynamic and charismatic leads (Christie Prades as Gloria and Mauricio Martinez as Emilio), On Your Feet charts Gloria and Emilio’s humble, parallel beginnings as children forced to leave Cuba at an early age. Their paths align when a mutual friend asks the more established Emilio who had his own band (The Miami Latin Boys) to advise the younger Gloria who, at 17, was earning her degree in psychology while honing her craft as a struggling singer songwriter. Recognizing Gloria’s talent, Emilio asked her to sit in with the band and, in short order, made her the band’s lead vocalist. The show deftly tracks the parallel rise of their career trajectory alongside their budding romance. The well-paced story focuses on their plucky determination and tenacity in the face of a music industry more calibrated to pigeonhole Latin artists. Their persistence, talent and ingenuity to market themselves directly to their audience ultimately paid off and enabled them to become the crossover success that spawned a decade of hits and left an indelible mark on the ‘80s and beyond.  But what makes this musical an enduring piece of theater is its ability to humanize and ground these two individuals with identifiable and universal struggles the audience can wrap their heads and hearts around.

Christie Prades (as Gloria Estefan) is the crown jewel of this production, lending her powerful crystal clear vocals to songs that have been etched into our collective subconscious. Prades delivers on all counts, imbuing Gloria with a tender vulnerability in her youthful, pre-fame years, trying to balance her ambition with her familial duty in the face of her father’s progressive disease (multiple sclerosis). Prades is equally effective as Gloria develops some grit and learns to assert her independence from a mother who fought to hold her back. Mauricio Martinez brings charm and swoon-worthy matinee idol looks to the role of Emilio. Although Martinez’s Cuban accent conjures (unintentional) comparisons to Ricky Ricardo and his charm occasionally leans uncomfortably close to smarm, Martinez hits his stride as adversity forces him to mature. Martinez delivers the goods vocally with powerful ballads and a tone reminiscent of the late George Michael.

The other standout is Nancy Ticotin as Gloria’s mother (also named Gloria) who turns out to be a formidable performer in her own right, evidenced by a bravura performance that takes the audience by surprise. For the purposes of this review, I’ll refer to her as Gloria Sr. (although that’s usually reserved for fathers and sons). Gloria Senior’s strained relationship with her daughter echoes the fabled rivalry between mother and daughter in the classic musical Gypsy. Gloria Senior was a bona fide talent in her own right, having been offered the chance to provide the vocals for the Spanish language Shirley Temple. But her father forbade her, snuffing out a promising career. It’s this emotional scar which casts a pall over the mother-daughter relationship, resulting in a rift which is only repaired after the infamous tour bus accident which nearly claimed her daughter’s life. The life-altering accident made international headlines and provides the climactic arc for the show. Though such plot devices can seem heavy-handed, it’s a fitting plot device given the impact it had on the singer’s life. The show’s creators took measures to blend this into the fabric of Gloria’s life story with a nuanced conceptual dance to bridge a smooth transition during the tense 9-hour surgery.

The remainder of the show focuses on Gloria’s rehabilitation and recovery. Gloria Senior serves as a key conduit for helping her daughter find the strength to fight her way back. There’s a moving duet between Emilio and Gloria’s mother that brings resolution to their relationship. The show ends somewhat anti-climactically with Estefan’s comeback performance at the Billboard Music Awards and her performance of “Coming out of the Dark.” It’s a fitting epilogue to her struggles, but comes across a bit heavy-handed as a vanity piece. But this is the challenge of building a biographical musical when the subject is still very much alive. Thankfully, the show ends with a rousing performance medley of Estefan’s signature hits, delivered with gusto by the company’s stellar cast and orchestra reminding us why Gloria Estefan earned her place in the Songwriters Hall of Fame and giving the audience a chance to forget their troubles and serve as a reminder that America is indeed stronger together.

Top image: Christie Prades (as Gloria Estefan) and Mauricio Martinez (as Emilio Estefan) bring the heat to “On Your Feet.”