Inspired by a Greek myth, Orpheus & Eurydice, the 18th century opera by Gluck, will be performed in its 1774 Paris version at the Dorothy Chandler Pavillion (March 10-25), a co-production of LA Opera and Chicago’s Lyric Opera featuring the Joffrey Ballet. As told by the Roman poets Ovid in his Metamorphoses and Virgil in his Georgics, Orpheus, son of the God Apollo and the Muse Calliope, was a Greek poet and musician, who played the lyre and sang with such melodious voice to tame the wild beasts, move trees and rocks, and calm the stormy seas, when he sailed with Jason and the Argonauts. He was so in love with his beautiful wife Eurydice, that when she died after being bitten by a viper, while escaping a satyr chasing her, he descended to the Underworld to bring her back. With the magic of his music, he was let by Charon on the ferry over the rivers Styx and Acheron, he put to sleep the three-headed dog Cerberus, he so moved the God Hades and his wife Persephone, that he was allowed to bring his wife back to Earth alive, at one condition, that he would walk in front and not look back at her; but not hearing her footsteps, and fearing of having been tricked by Hades, Orpheus did look, and Eurydice died a second time. So great was Orpheus’ despair, that he swore off women and transferred his affection to young boys. Ovid describes him as the originator of male homosexuality. Enraged, the Maenads, female followers of Dionysus, tore him to pieces during their Bacchanalia. His head, still singing, floated to the island of Lesbos, where an oracle was established, inspiring Orphic religious beliefs. Isle of the Dead by Arnold Bocklin

The myth of Orpheus is about the power of music and I knew about it, having studied ancient Greek literature for 5 years in my classical high school, and Latin language and literature for 12 years from middle school to college. In Italy we consider our Western civilization a direct descendant of the Roman and Greek classical world. Legend has it that Rome was founded by Aeneas, leader of the Trojan fleet escaping the fall of Troy, as told in the epic poem by Virgil, the Aeneid, that I had to read in its entirety, in its original Latin.  The Greek Gods were adopted by the ancient Romans, Zeus became Jupiter, Poseidon became Neptune, Hades became Pluto, Aphrodite became Venus, and so on. I also studied Dante Alighieri’s Divina Commedia in high school, over the course of three years. Guided by Virgil through Hell and Purgatory, by Beatrice through Paradise, the Italian poet places Orpheus in the Limbo for intellectuals as a philosopher. As I learned from an informative talk by Ray Busmann for the LA Opera League, Cristoph Willibald Gluck, born in Germany in 1714, composed Orfeo ed Euridice in 1762 for the Vienna court with an Italian libretto, the Orpheus written for the soprano voice of a castrato. After moving to Paris, Gluck created a French version, Orphée et Eurydice, by adding twenty minutes of ballet music, and changing the Orpheus voice to a tenor. The role has also been performed by male counter tenors and female contralto or mezzo-sopranos. The LA Opera production, directed by John Neumeier, who also did the choreography, the sets and costumes design, is set in contemporary times, with Orpheus as a choreographer rehearsing his new a ballet with his wife Eurydice as prima ballerina. When she dies after being hit by a car, Orpheus is comforted by the God of Love, Amour, who is his assistant, and by the chorus. He dreams of descending into the Underworld, taming the Furies, who allow him to pass through hell to heaven, Elysium. While he is leading his wife back to Earth, she pleads with him to look at her, and when he does, she dies again. The artist uses her memory as inspiration to complete his ballet.

Ray told us the amazing story of seeing the Italian version of the opera in East Berlin, on November 9, 1989, the very night that the Berlin wall came down. 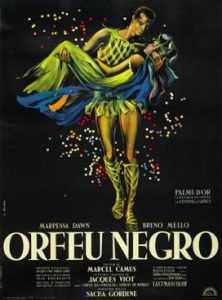 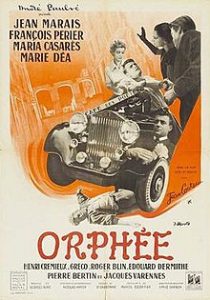 Other operas inspired by this myth are L’Orfeo (1607) by Claudio Monteverdi, Orphée aux enfers (1858) by Jacques Offenbach, and the movies Orphée (1950) by Jean Cocteau, Orfeu Negro (1959) by Marcel Camus.