After 10 months of pandemic restrictions, you might long for yet another escape route outside your four walls. Consider the Huntington Library, Art Museum, and stunningly lush 130-acres of Botanical Gardens.

I recently took a COVID nurse on a tour of the gardens—he was exhausted and drained from facing night after night of death and tragedy. He had held dying patients’ hands in the ICU where he works, whispered final sweet words in their ears, standing in for family members barred from being present. And that’s on top of just trying to keep them alive.

How much death can one endure? My friend needed a wholly different and magical world where art and nature predominate and indeed flourish. Located in San Marino, the Huntington was the optimal ticket. 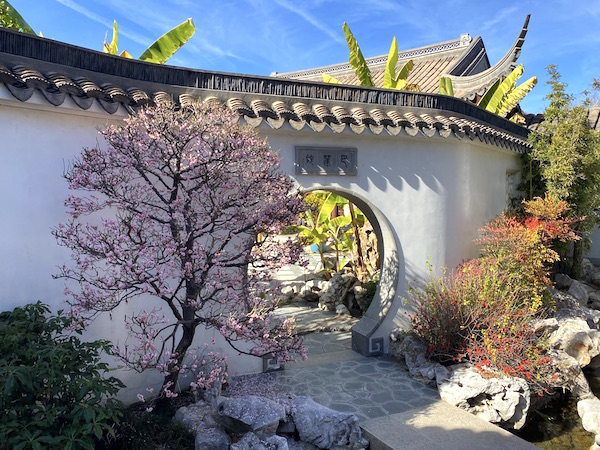 Museum and Library are closed

The Art Museum and Library are, of course, temporarily closed. The Library is a renowned research facility harboring 11 million items spanning the 11th century to the present day. Among them, 440,000 rare books and 800,000 photographs. 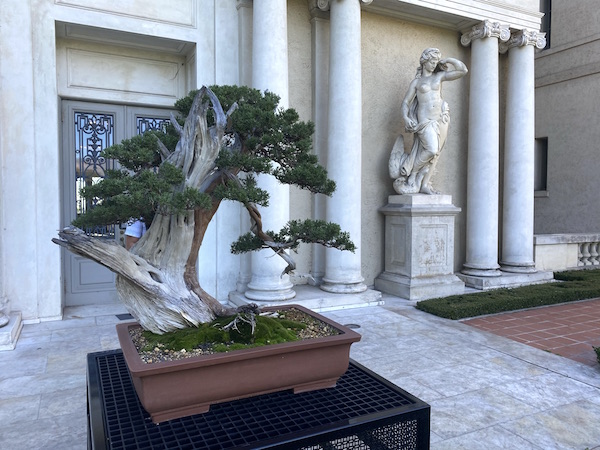 We spent four hours roaming the gardens, sometimes sitting for a bit on one of the many benches to sip some water. We didn’t talk about COVID (I’ve heard all his hospital stories, striving to simply listen, what I think he needs the most). Rather, we just looked, appreciated, and marveled at the rare and elegant beauty that surrounded us. 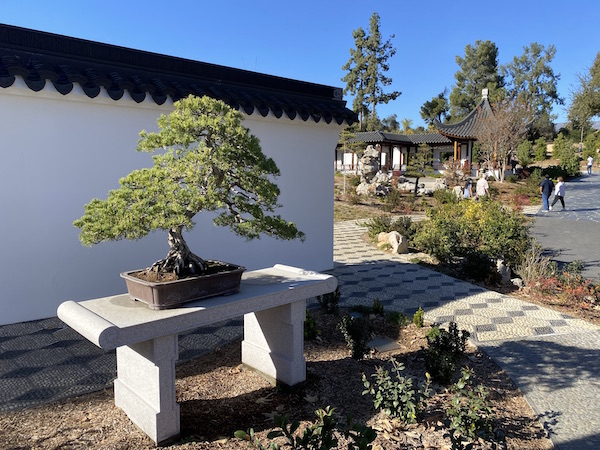 We started with the Chinese Garden, launched two decades ago. Named Liu Fang Yuan the Garden of Flowing Fragrance, the 12-acre grounds are patterned after scholar gardens in Suzhou, China. Featured are a 1.5-acre lake, several pavilions, a teahouse, teashop, stone bridges, and waterfalls. Mature oaks and pines frame the scene.

Liu Fang Yuan is one of the largest classical-style Chinese gardens in the world. During our January visit, apricot trees were in full pink bloom. 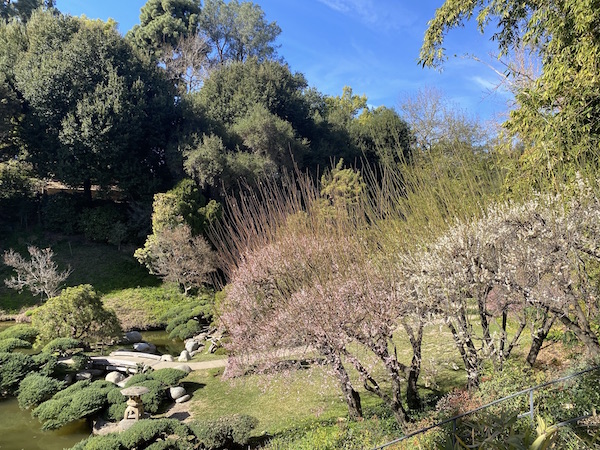 The art of penjing

The garden features a new complex built to display miniature trees known as penjing that pre-date the Japanese art of bonsai.

The art form has existed in China for centuries. Penjing differs from bonsai in its wilder look and incorporation of landscapes (rocks, water, and even figurines). The Huntington has 60 trees, about two dozen on display – and often set against white walls, a tradition meant to reveal the trees’ shadows, adding another layer to the presentation.

Next up: the Japanese Garden with its traditional Japanese house, a moon bridge, a walled Zen garden, bonsai courts, and Seifu-an (the Arbor of Pure Breeze), a ceremonial teahouse and garden. The garden was completed in 1912 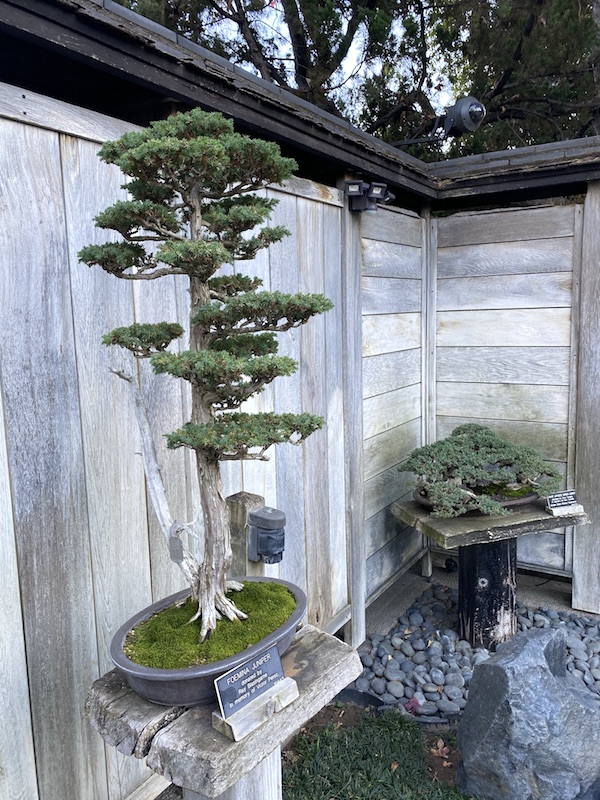 The Japanese Garden’s bonsai collection was added in 1968, with displays now rotated to reveal seasonal highlights. The collection has hundreds of trees. 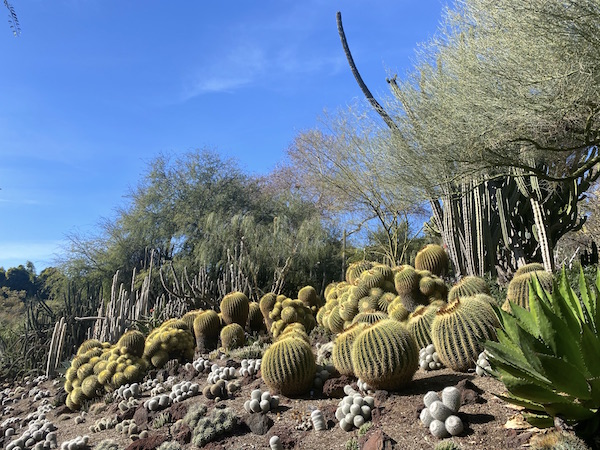 The Desert Garden was also a delight – it’s one of the world’s largest outdoor collections of mature cacti and succulents. Roses and camellias predominate in other gardens and there are also Australian, herb, jungle, palm, and subtropical gardens as well as lily ponds.

Coming up: A Garden of Words: The Calligraphy of Liu Fang Yuan. May 8, 2021–Aug. 23, 2021. An exhibition of contemporary Chinese calligraphy featuring 21 ink artists.

Tags:
Previous Article
How to bet online with 1xBet
Next Article
LIFE AFTER BIRTH–INVASION OF THE DEMOCRACY SNATCHERS