There has never been a weirder, more unpredictable slate of Oscar nominees, nor has there been a stranger movie awards season in recent memory than this one. The COVID-19 pandemic not only shuttered movie theaters for much of 2020, but it also forced the Oscars to be pushed back into April, its former standard date before moving to February in 2004 to shorten the intense lobbying period for Oscar gold. As a result of the closed cinemas, competing movies moved to streaming services such as Netflix, Amazon, Hulu and HBO Max, making it possible to see all of the nominees without leaving your couch.

This year’s crop of contenders reflects the world’s shifting priorities with emphasis on small, independent films focusing on diversity and social justice issues rather than mammoth escapist entertainment. Voices of women, African-, Asian-, and Muslim Americans were well represented with numerous first-time, high-profile nominations for members of those communities. America’s turbulent past regarding race is explored in Ma Rainey’s Black Bottom, One Night in Miami, The Trial of the Chicago 7, Judas and the Black Messiah, and The United States Vs. Billie Holliday. Rape culture is exposed in Promising Young Woman. The main characters experience economic displacement in Nomadland, Minari and Hillbilly Elegy while the protagonists of The Father and Sound of Metal undergo mental and physical trials. It seemed as if the movies had turned away from celluloid fantasies and inward like the whole of society as it was forced to quarantine. Even Mank, a stylish biography of alcoholic screenwriter Herman Mankiewicz the credited co-author of Citizen Kane, explored the political and social aspects of the Golden Age of Hollywood.

The Oscars themselves will be muted with a socially-distanced, limited in-person red carpet and ceremony, reflecting our current status of emerging slowly from lockdown. Here are my predictions for this most unusual of Oscars.

All eight nominees for the top prize have strong track records and critical reception. Mank has the most Oscar nominations with 10, but Nomadland has the mojo after copping the Golden Globe for Best Picture (Drama) and the Independent Spirit Award for Best Feature. Chloe Zhao’s beautifully shot portrait of RV pioneers struggling in a gig economy seems to perfectly capture the social moment. 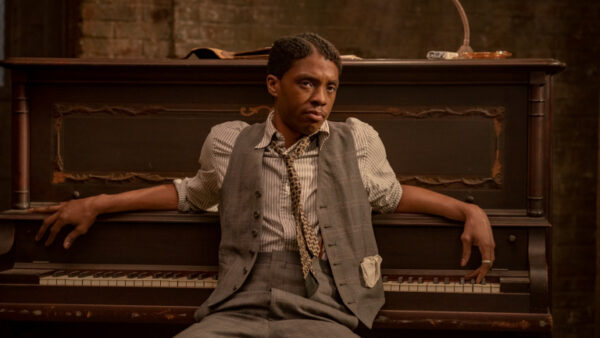 For his fiery portrayal of the rage-filled trumpeter Levee in George C. Wolfe’s adaptation of August Wilson’ award-winning play Ma Rainey’s Black Bottom, the late Chadwick Boseman has the edge, having won the Golden Globe, SAG and Los Angeles Film Critics Association awards. If he wins, he will be only the third performer to win a posthumous Oscar, the others being Peter Finch for Network and Heath Ledger for The Dark Knight. Boseman’s only real competition is Anthony Hopkins for The Father, who might be able to pull an upset as a sentimental favorite at age 83. Hopkins is a previous winner (for Silence of the Lambs), but that doesn’t necessarily prevent another triumph. His performance as a dementia patient, is every bit as intense as Boseman’s, so this could be a tough one to call.

Leading Actress is the most competitive and unpredictable category this year. Four of the five nominees have already won from other award groups. An even distribution like this make a frontrunner hard to spot. Viola Davis of Ma Rainey has copped the SAG and makes a complete physical transformation which always score points with Oscar voters. Andra Day won the Golden Globe for her acting debut as Billie Holliday. Frances McDormand of Nomadland captured the BAFTA and the National Society of Film Critics. Carey Mulligan took the Independent Spirit Award, Los Angeles Film Critics Association and the National Board of Review. Vanessa Kirby, the fifth nominee, delivered an emotionally charged performance in Pieces of a Woman. Davis could be sidelined because Ma Rainey does not have much screen time (In the original Broadway production, Theresa Merritt received a Featured Actress Tony nomination for the role.) McDormand benefits from the major push behind Nomadland and if she wins, she’ll be the second actress to win three Leading Actress Awards (Her previous wins are for Fargo and Three Billboards Outside Ebbing, Missouri. Apart from Katherine Hepburn’s four wins, no other actress has more than two leading Oscars. Meryl Streep and Ingrid Bergman have two leading and one supporting.) 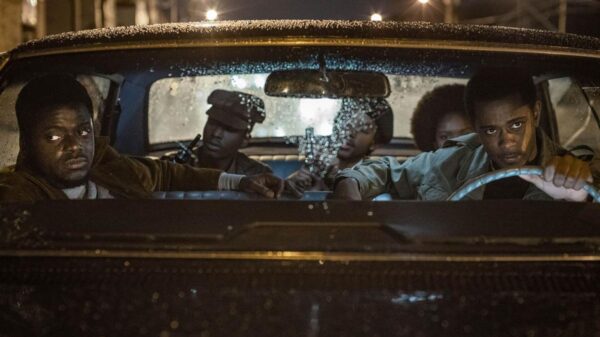 One could argue that both Kaluuya and Stanfield are really the leading men of Judas and the Black Messiah. Their respective roles of Black Panther leader Fred Hampton and FBI informant Bill O’Neal are given first billing in the credits, they are the title characters, and they have the most screen time of anyone in the film. This is kind of unfair to fellow nominees Sacha Baron Cohen (Chicago 7), Leslie Odom, Jr. (One Night in Miami), and Paul Raci (Sound of Metal) who truly are supporting players. Kaluuya, who was previously nominated for Get Out, has the showier role with many passionate speeches to cheering Panther supporters and will probably win. He’s collected the Golden Globe, SAG and BAFTA. But I found Stanfield’s work more subtle and complex. He skillfully conveyed O’Neal’s conflicting emotions of self-interest in betraying Hampton and growing respect for the radical advocate. 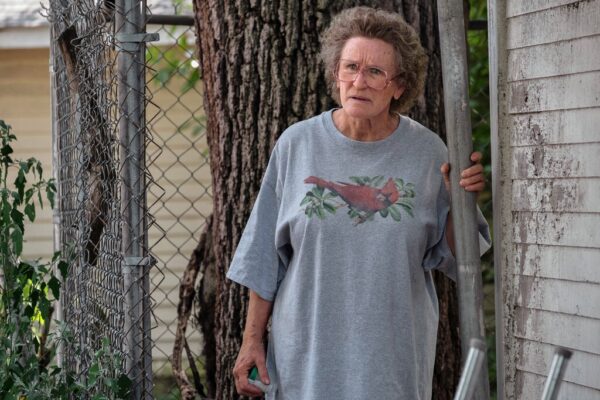 Let’s call this category the Battle of the Feisty Grandmas. In one corner, there’s Glenn Close as the cigarette-smoking, tiger-like Meemaw in Hillbilly Elegy. This being Close’s eighth nomination without a win (four for lead and four for supporting), you’d think she was a shoo-in. But her main competiton Yuh-Jung Youn, the wrestling-loving, eccentric Soonja from Minari, has lots of support plus the SAG, BAFTA and Independent Spirit Awards. The Golden Globe went to Jodie Foster from The Mauritanian and she wasn’t even Oscar nominated. Hillbilly got horrible reviews and Minari is a critics’ darling, but Close may get a sympathy bump. I am torn about this one because I loved both performances. Close is one of my favorite actresses and she’s been stiffed by the Oscars so many times in the past, but if I’m going just for the individual work, I’d have to side with Youn. 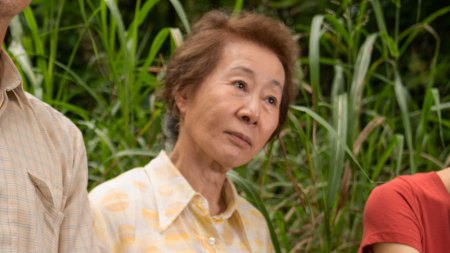 Yuh-Jung Youn in Minari.
Credit: A24

Zhao, who is also nominated for Original Screenplay and Editing, is hot right now with a Marvel Universe helming stint lined up. Nomadland is stuffed with gorgeous shots of the Southwestern landscape the houseless heroine Fern inhabits, plus the Best Picture winner usually also takes the Best Director prize (not always, but it’s the rule rather than the exception). If Zhao wins she will be the first Asian-American woman to be named Best Director and only the second woman (after Kathryn Bigelow for The Hurt Locker). (Sidenote: this is the first year two women have been nominated in this category, the other being Emerald Fennell for Promising Young Woman.) Since Zhao is a producer on the film, she could potentially win four Oscars in one night, a record only previously matched by Walt Disney in 1953 for Best Feature and Short-Subject Documentary and Cartoon and Two-Reel Short Subject.

Best International Feature: Another Round