A Performative Procession In Venice 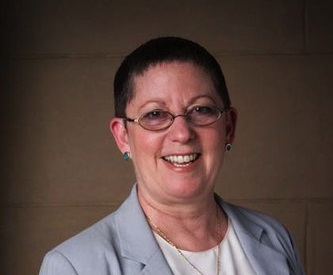 5.  Something more than a card and candy

Valentine’s Day officially may be over, but dancer/choreographer James MahKween believes it is never too late for Love Inclinations, the title of a curated assemblage of dancers, musicians, singers, poets and others who agreed to perform under the theme of “love.” Announced participants include Deborah Brockus and her BrockusRed, Juli Kim, Latrice Postell, Joy Williams, and Thomas Davis. Brockus Project Space in the Brewery Arts Complex, 618 Moulton Ave., #B, Lincoln Heights; Sat., February 16, 8 p.m., $15 at door or Venmo @james-MahKween. Ate9 in “calling glenn.” Photo courtesy of the artists.

3.  Playing in the house Schindler built

The interplay of the architecture contained in R.M. Schindler’s famous concrete “Slab-Tilt” Schindler House in West Hollywood and artist Alison Knowles’ 1960’s intermedia piece The Play House is grist for Shelter or Playground-The House of Dust at the Schindler House, a series of performative investigations that involve new and recreated performances from around the world. U.S. participants include LA/NY-based Gerard & Kelly (Brennan Gerard and Ryan Kelly), LA’s Milka Djordjevich, UC Irvine’s Simon Leung, and Cal Arts students involved in the new works and in recreating historical performances from Merce Cunningham and Trisha Brown. This weekend’s free performance marathon offers multiple short pieces, the last of which begins at 6:30 p.m. A complete list at https://makcenter.org/programming/shelter-or-playground-performance-program. Djordjevich’s work repeats twice a month until June. For the rest, it’s see it this weekend or miss out. Details on the Schindler House, Knowles’ poem The House of Dust that inspired The Playhouse, the Fluxus avant garde movement in the late 1950s & 60s of which Knowles was part, and the extended endeavor running through June 2 that incorporates this weekend’s performances, and more at https://makcenter.org. Schindler House, 835 N. Kings Rd., West Hollywood; Sat.-Sun., Feb. 16-17, 2 p.m., also Sat., March 9 & 23, April 6 & 20, May 4 & 18, June 1, 3 p.m., free. https://makcenter.org. Milka Djordjevich, part of “Shelter or Playground-The House of Dust at the Schindler House. Photo courtesy of the artist.

Among L.A. choreographers, Donna Sternberg has an impressive ten year history exploring connections between science and dance. Her work is never a literal translation, but always a thoughtful effort to interpret common threads. Under the banner Awe and Wonder, Sternberg and her company Donna Sternberg & Dancers are joined by three distinctive choreographic voices—Jay Carlon (contemporary), Malathi Iyengar (classical Asian Indian) and Banafsheh Sayyad (Persian Sufi). Each choreographer developed a new work inspired by conversations with a scientist in immunology, evolutionary bology, biomedicine or biology. Details on the works, the scientists and the choreographers at http://dsdancers.com. The Odyssey Theatre, 2055 S. Sepulveda Blvd., W.L.A.; Sat., Feb. 16, 8 p.m., Sun., Feb. 17, 3 p.m., $25 in advance, $30 at door, $20 students & seniors in advance, $25 at door. http://aweandwonder.bpt.me. 1.  Watch out for scooters and skateboarders

Organized by dancers/choreographers Oguri and Roxanne Steinberg, Façade of Time recruited 60 dancers, movers, actors and singers, both pro- and non-professional, for a series of workshops that on Sunday will unleash that horde in a performative event that will travel from Venice’s historic Grand Canal past the iconic arcade leading to Windward Circle (the heart of the Boardwalk with street performers, the skateboard park, tourists and locals) then culminate at the ocean just at sunset. The stated intent is to illustrate Venice’s diverse history, the current struggles with dueling waves of gentrification and homelessness, along with consideration of the arts as a potential source of healing the community’s many frictions. Starting at Venice Blvd. at the Grand Canal (route at https://www.bodyweather.org/faade-of-time. Sun., Feb. 17, 3:45 p.m. to 5:45 p.m., free. https://www.bodyweather.org/faade-of-time. While he may never seize public attention as ferociously as his transformation of Swan Lake with its male swans in feathered knickers, Matthew Bourne’s Cinderella displays the master’s uncanny ability to transform ballet into a theatrical experience that can run for weeks while most ballet’s barely extend a full weekend. Bourne retained the Prokofiev ballet score and the basic architecture of the fairy tale but as is his wont, set the action in WWII London during the blitz, reconsidered the fairy godmother as a male who is equally an angel of death, and  moved the pivotal meeting from a palace ballroom to a kind of underground nightclub that actually existed despite the German bombings. Reviews from London suggest Bourne has tinkered with the choreography and other details since the original was seen here in the 1990s. Music Center Ahmanson Theatre, 135 N. Grand Ave., downtown; Tues.-Fri., 8 p.m., Sat., 2 & 8 p.m., Sun., 1 & 6:30 p.m., thru Sun., March 10, $30-$175. https://www.centertheatregroup.org/tickets/ahmanson-theatre/2018-19/new-adventures-matthew-bourne-cinderella. Known best for music performances, this venue has a growing rep for its dance offerings curated by Licia Perea including Black and LatinX choreographers in the BlakTina Festival and hip hop in Shut Up and Dance!. The venue expands into the world of flamenco co-produced with respected dancer Briseyda Zárate. Under the title Flamenco Tablao (loosely translated as a venue or the platform where flamenco is performed), the second installment of this monthly series finds Zárate joined by singer/dancer Manuel Gutiérrez, guitarist/composer José Tanaka. Bootleg Theater, 2220 Beverly Blvd. Echo Park; Sun., Feb. 17, 6:30 p.m., $25. https://www.bootlegtheater.org/event/1801110-noche-de-tablao-flamenco-los-angeles. 7 Fingers in “RÉVERSIBLE.” Photo courtesy of the artists.