For this thirty-fifth post in the Poets on Craft  series, we have Jonathan Yungkans and Scott Ferry. 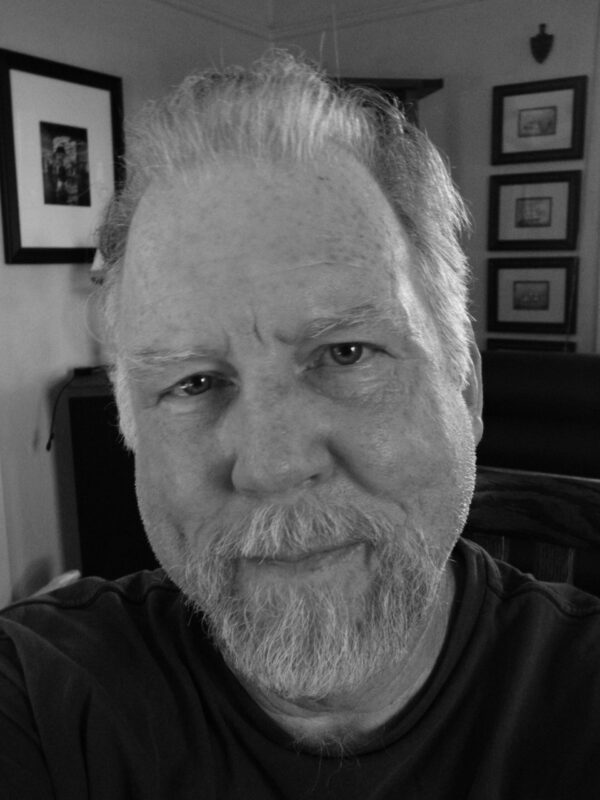 Jonathan Yungkans is a Los Angeles-based writer and photographer who, as Gail Wronsky points out, “writes as if he were a John Ashbery clone who’d spent his youth in an L.A. punk band.” His second poetry chapbook, Beneath a Glazed Shimmer, won the 2019 Clockwise Chapbook Prize and was published in 2021 by Tebot Bach. His work has appeared in High Shelf Press, Panoply, Synkroniciti and other publications.

Sometimes poems come for me from a random image or a line that pops into my head. More often, they begin from my morning reading. I leaf through whatever poetry book is on hand and a line may resonate as a writing prompt. If I have a subject on my mind for several days, stewing in my subconscious, a line I read can help it crystalize on a page and jump-start a poem. From there, it’s a case of what Kate Braverman calls “poetry of exploration”—confronting what I might not know consciously or about which I might have just an inkling. The process can be dark and risky and frankly scare the crap out of me. But if I don’t take that chance by pushing ahead, what’s the point? What do I get out of it as a writer, or you as a reader, or us as fellow human creatures, sharing an experience and communicating about it?

Once I start, the writing process becomes one of following themes and images—developing subjects and counter-themes, letting them intermingle. Alongside this progression is making sure everything is fluent, in terms of the language’s melody and counterpoint, without becoming arch or artificial. A structure emerges—Robert Creeley’s dictum of form being an extension of content. A fair amount of this architecture is intuitive, improvisational. Some is consciously worked out, especially in paring things to essentials. I tend to write far more than one poem can comfortably take, making a spiderweb of seemingly-implicit connections for better or worse. As for where a poem ends, sometimes it’s an immediate decision—spotting a strong line and knowing, deep down, this is it—and sometimes an ending reveals itself only much later, in revision or editing. There’s also the potential for taking things beyond what might seem a firm ending and seeing what’s revealed. We’re exploring, remember? Poet in a canoe with, hopefully, a paddle and a flashlight.

What becomes hard—and here it becomes damned hard at times—is slowing things down after finishing the initial draft—simplifying, making thematic connections clearer, the associative leaps less daunting for the reader to take. It’s not just a case of polishing or revising but of actually making sense. Small wonder I haven’t taken out a tradesman’s license to yank the kinks from my convoluted thinking like so much electrical wiring. Much as I might write poems for myself as well as for readers, I can’t write in a vacuum. Otherwise, what’s the point—for you, for me, for anyone, really? 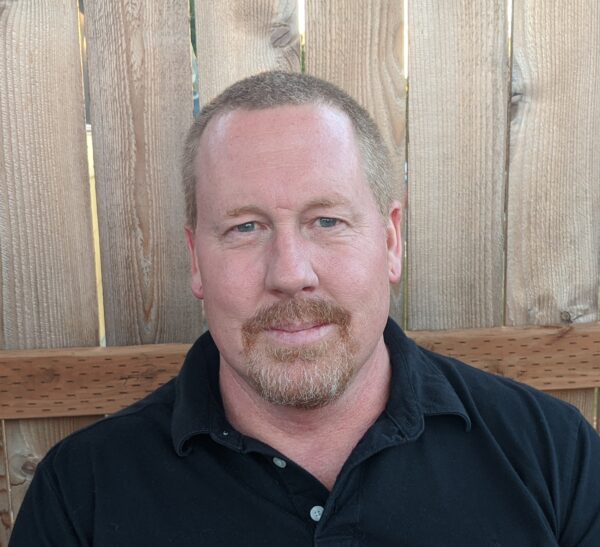 Scott Ferry helps our Veterans heal as a RN in the Seattle area. He has two books: The only thing that makes sense is to grow (Moon Tide, 2020) and Mr. Rogers kills fruit flies (Main St. Rag, 2020). He has a chapbook titled The Sea of Marrow which will be published by Ethel in 2022.

A poem will always seek me out and pester me until I find the time and relative quiet to unleash it. That is what it feels like to me, that I am opening up my vessel, like a fleshy portal, to allow it out. I don’t know if I believe in an actual spirit “muse” which entrances me to write like some silver tailed ghost harpy, but I know when is time to write by a palpable buzzing or heaviness or presence within me. I would like to think that my consciousness, like a preteen with a giant fidget spinner, finally drifts off and my higher selves come forth and I have the wherewithal to actually listen to them.

As for the business of writing poems, it is a balance of keeping the water nozzle completely open but also watering the right places, the sage and new carrots and snow pea shoots, and not the gravel or the windows or my own feet. So I want to encourage flow and guide it along gently with what I have learned, mostly from reading other poets and seeing what works and what doesn’t; knowing the “rules” of good writing but also knowing when to break those rules. I also don’t want a script that is predictable—I want to surprise even myself by what comes out. Of course, if I am too loose on the reins the poem may end up unintelligible gobbly gook; if I pull too tightly it will end up stiff, dry, and flat. Part of this also is knowing the difference between my own creative juices and the urge to impress people or to be technically superb in some way. Mostly, when I try to write a fantastic poem for the sake of doing just that, it really fails badly. When I am completely lost (and found) in my poem and it delivers me and alters me—these are the transformative poems which will stay relevant.

As for my subject matter or my triggers, it can be my son or daughter saying something brilliant and me running with it. It can be a man dressed as a medieval knight walking through cars at a stoplight asking for money. It can be an internal voyage I took after my father’s death. It can be apple petals floating in wind. It can be the absence of noise or touch. Mostly, it turns out better if there is an emotional wire that sparks through the work. I have read many technically fantastic pieces which are emotionally dead. I would actually rather read an honest gritty piece that took me somewhere. That is another thing: honesty. I have to be honest to my readers, to myself, or else, really, there is no point to writing, or reading, at all.