For this thirty-second post in the Poets on Craft  series, we have Rachel Hadas and Michael Simms. 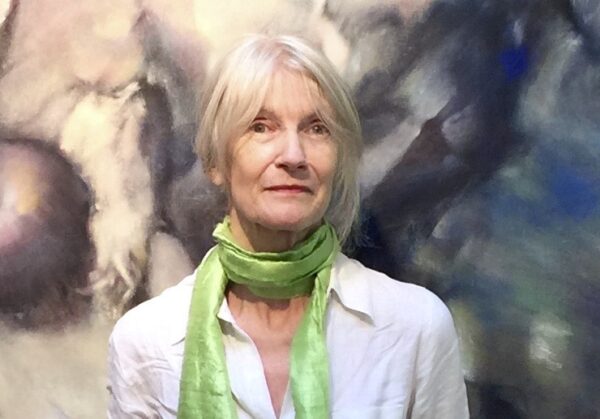 Rachel Hadas  is the author of many, many books of poetry, essays, and translations from Greek tragedy.  Her “Poems for Camilla” came out in 2018, and “Love and Dread” is due out in Spring 2021.  See www.rachelandshalomshow.com for Rachel and her husband’s poetry/video collaborations.

I’ve been writing poetry for more than six decades, but it’s still hard to say how I begin a poem.  There are so many entrances! An opening line may announce itself (straight from the Muse?), but equally the poem may  be inspired by something I’ve seen or thought or read or remembered.  A dream, an artwork, a memory, a flash of feeling, a conversation, the state of the world, something seen or overheard – many of the wonderful pieces on craft I’ve just been reading in your series speak to any or all of these as generative of poems, and I find myself nodding in agreement.   Very occasionally, too,  I’m assigned or commissioned to write something, always a pleasurable challenge.

Once they’ve gotten going, and even if major revisions await, my poems are scaffolded and supported by my instinctive, intuitive use of iambic pentameter, which makes decisions about lineation easy.  Decisions about rhyme or stanzas come later – of course a sonnet dictates fourteen lines, for example, so that’s that decision made.  But I almost never sit down to write a sonnet or a villanelle.  The poem moves along and takes me with it. I’m not a story teller or a lister, more of a sideways lyric leaper: that is, if the poem starts out in the public realm, it’s likely to move inward, and vice versa.  The meter may be firm, and I do believe in grammar and punctuation, but the movement of my mind seems to tend toward a wayward zig-zag.  And how do I know when to end a poem? Unless I’m working in a fixed form, that’s a tough one.  The late David Ignatow once observed that like an unmoored boat, many poems ride past their endings, a state of affairs that calls out for revision.

So a word about revision, which is crucial for most of my best work. Revision for me means smoothing out rough transitions, but even more, squeezing the extraneous or redundant out of a poem.  Surprisingly often I’ve found myself saying the same thing twice in a single poem, which won’t do. I’ve gotten better over time at spotting the flab in my poems and revising it out;  as I say to my students, if your own poems bore or confuse you, just think how boring or confusing they are for other people!   But again, these aren’t rules I make for myself, just my surprised and for all I know inaccurate (but pleasurable) survey of decades of intuitive practice. 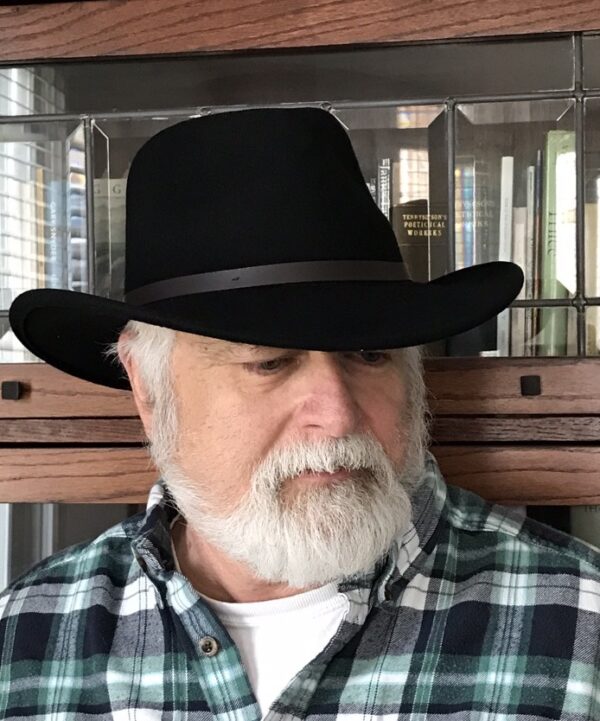 Michael Simms is the founding editor of Vox Populi and the author of three full-length collections of poetry, most recently American Ash, as well as four chapbooks, three novels and a textbook about poetry. He has also been the lead editor of over 100 published books.

I’m 66 years old, but it’s only in the last few years that I’ve come out as being ‘on the spectrum’ as well as a survivor of childhood sexual abuse. Besides my personal reasons for going public with this information, I came out because I wanted to explore this subject in my poems, having been inspired by poets like Franz Wright and Nadia Colburn who’ve written bravely about their survival of childhood trauma. Of course, these kinds of subjects are not new to poetry. Robert Lowell and Sylvia Plath, for example, wrote openly about their mental instability, and even Emily Dickinson, the most reticent of major American poets, begins a poem with “The Soul has Bandaged moments” and ends with the couplet: The Horror welcomes her, again, / These, are not brayed of Tongue—

In a sense, including my experience of trauma in my writing has been part of a process that’s been going on ever since I started writing poems fifty years ago. When I was a teenager I learned to sit quietly and listen, gently pushing aside what I thought of as ‘the noise’ and what the Buddhists call ‘monkey mind,’ to find the exact word or phrase that evoked the mood I felt. My early poems were imagistic, influenced by translations of East Asian poetry, and I was always aware of the craft of the poem as I was writing it. Metaphor, tone, and rhythm were present in the first draft, and one or two drafts were usually sufficient to complete a short poem. I was composing by a process of exclusion, trying to capture a mood and leaving out everything that wasn’t a perfect fit. I strove to create a simple scene perceived through a veil of vision.

After a decade of writing in this way, I became dissatisfied with the narrowness of the approach, and I gradually began to include more in the poem. As the poems grew longer, narrative and argument became the unifying elements in the poem, rather than mood and imagery. Now, after decades of writing, I embrace virtually anything as the possible subject of a poem. Often a poem starts with a small observation about a plant or animal, or perhaps a personal situation, and then as I explore it, a flood of details washes over me. I’ve learned to trust the impulse and write down all the details I can think of. I dig through the layers of my awareness, especially the “noise,” for images, ideas and feelings, piling them on the page without any attempt at shaping them. They may be personal memories, scientific or historical facts, or simply a stream of images and ideas. These ruminations can accumulate quickly in one sitting, or they may add up over a number of days. At some point, I’ve said all I have to say on the subject, and I put the draft aside. After a few days, I come back to the draft and read it looking for the center, the main subject of the flow. There’s usually a starting point, a first line, buried in the words somewhere. Once, I have that beginning, I treat it as the end of a thread, and I follow it wherever it goes, unspooling the thoughts as they move down the page. If I lose my way and don’t know what comes next, then I go back to the first spontaneous draft and pick up the thread again. Eventually, I come to a place which seems like the end of the experience. The story or the argument has been made, and I set aside the draft. After a few days, I start polishing, cutting and rearranging, sharpening the language, combining sentences, thinking about the rhythm, the tone, the argument, the narrative. But the whole process is intuitive, not nearly as formulaic as my description makes it sound; it’s all about the poet turning off the inner censor and letting the words flow.

As a result of this openness to my own thoughts and feelings, many of them undiscovered until I actually write them down, I’ve found myself writing about the violence, confusion and fear I experienced as a child. For example, The Dark is a recent poem which describes visiting Carlsbad Caverns when I was eleven years old; the experience of being enveloped in complete darkness changed me in ways I still don’t completely understand. Another poem Swamp Thing is about being sodomized by an older boy when I was eight and then retreating into comic book fantasies to protect myself afterwards. Writing about my childhood trauma has enabled me to own the experiences in a way I never did when I was hiding them. However, despite the healing that comes from speaking of traumatic experience, we need to understand that poetry is not therapy. Online, I often see a poem that is a sincere description of a psychological struggle, and perhaps a breakthrough in that process, but what is lacking is a rigorous attention to the art of writing. Certainly, there’s nothing wrong with wanting to share one’s feelings with readers, but there’s an important difference between an expression of feeling and a crafted expression of feeling. For example, Sylvia Plath’s Daddy is a great poem, but it’s of dubious value as therapy because the urgency of the poet’s situation is lost in the elliptical beauty created by the tension between sound and meaning. Although therapy and poetry may share a common root in a soul-damaging event, they have different purposes: one tries to help a person overcome suffering, and the other tries to create music out of experience.

Tags:
Previous Article
Harmless Social Labeling Isn’t So Harmless After All: Ethical Issues Behind the ‘Us-Them’ Group Dichotomy
Next Article
Can I Play at an Online Casino While Travelling?