9/11 was never a big deal to me and it’s still not. In this sense, I feel the same now as I did twenty years ago when I was nine years old. The world was/is on a spectrum of contingency. Violence, mayhem, and tragedy don’t occur every now and then; they occur every day to a mind-numbingly quotidian degree. Even at nine years old, I couldn’t understand how this perspective wasn’t shared. I didn’t understand the shock, indignation, and degradation that resonated within Americans and I definitely didn’t understand the jingoism, entitlement and supremacy rooted in their response. I wasn’t at all shocked by what happened; I was more shocked that everyone else was so surprised we got touched—the gall of American exceptionalism.

Though there was large overlap with those who think our international relations are nothing but benevolent, most of the outrage and hand wringing came from a contingent only half ignorant of our unfettered imperialism. They retained their arrogance and sanctimony regardless. There was no cause effect analysis, only bruised egos and stoking racial hatred via scapegoating. Perpetuating this mindset is key and has been implicitly baked into the project of American patriotism. Patriotism was at an all-time high post 9-11, the era when Boy’s Life magazine used corny euphemisms like freedom fries and freedom toast. An era when even non-Muslims like Sikhs became victims of violent Islamophobia. An era of bigotry and ignorance, not unlike our current moment and countless others in our country’s history.

I remember the reverence for Bush as a wartime president transposing into a second term defined by long overdue “Bush bashing.” This was compounded by Katrina and other fiascos but was mainly the product of the fraudulent, iniquitous Iraq war contrived for resources and geopolitical gain. For the majority of Americans in the mid aughts, couched in the little too late disavowal of Iraq was the caveat that the first war in Afghanistan was justified. This position is reprehensible, laughable, and downright ignorant. 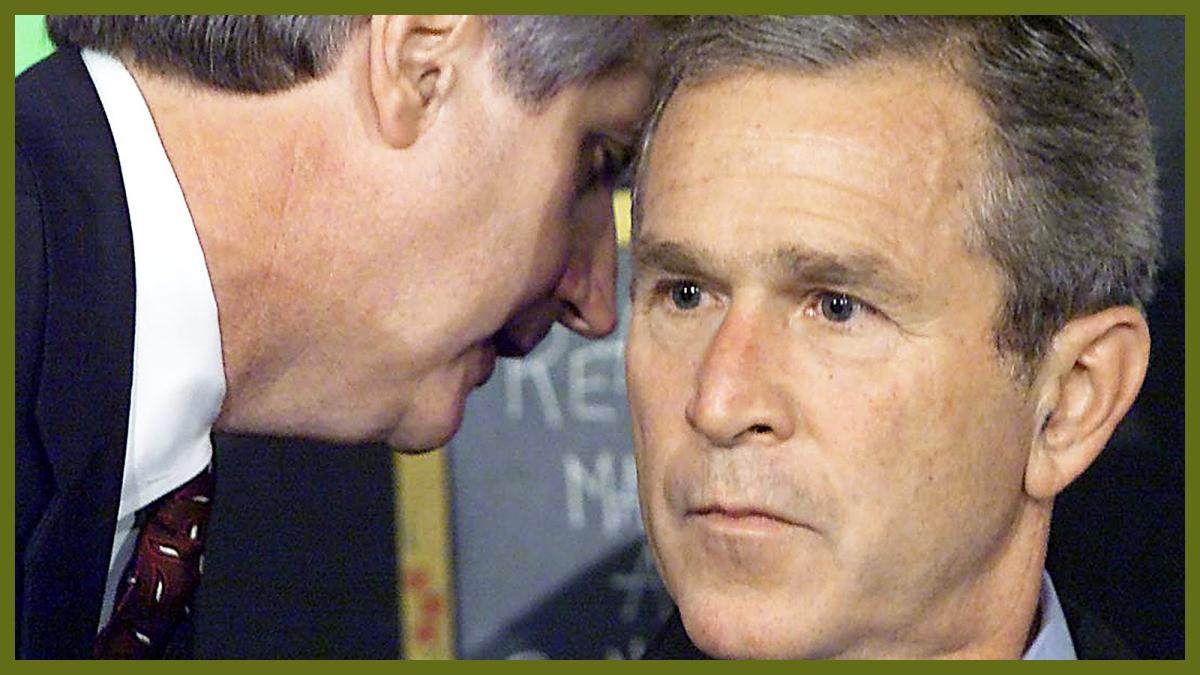 The war in Iraq was exposed when it was revealed that there actually was no “WMDS” or “weapons of mass destruction,” which was originally touted as a justification for invasion. Though the populace who elected him twice was now critical of Bush, they still believed the war in Afghanistan was inevitable because of 9/11. If anything, they believed he was piggybacking off 9/11 and the threat of terrorism to sell them a second war, but the first one still had to be done.

There was and is a smaller segment of the populace who never thought the war in Afghanistan was justifiable. They were dissidents from the beginning. Some were just staunchly anti-war: hardline pacifists who repudiated war even as an act of retaliation. Others never bought the line in the first place; they didn’t see it as an act of retaliation. How retaliatory could it have been when the hijackers were trained, funded, and protected by our own country? Or when NORAD (the North American Aerospace Defense Command) conducted exercises simulating highjacked planes flying into the world trade center two years before 9/11 and simulating an attack on the pentagon just five months before it happened?

These questions go unanswered even when posed to those who know the most; they always default to willful ignorance.

The sad part is it’s all there hiding in plain sight—obfuscation is thread bare. You don’t even have to dig deep to see the Bush—Cheney—Haliburton connection. Any historian, even layperson with a modicum of credibility and knowledge of geopolitics will openly tell you Al-qaeda and the Taliban and Isis were all created by America. They’ll tell you Bin Laden was trained by the CIA; they’ll tell you we helped Saddam when he gassed Iran with chemical weapons. We never fought terror; we created it.

In a world of conspiracy vs propaganda, everyone already forgot yesterday’s headline and they’re too confused, scared, or distracted to keep score. People forgot Bush with Trump and when Biden does the right thing by pulling out of Afghanistan, the MSM goes for his neck. Corporate MSM truly is a mouthpiece for the FBI, CIA, and wall street. If Bernie Sanders ever got elected he would be assassinated on the spot. The blood is no longer just on our hands—we’re submerged and bathing in it. Bush knocked down the towers and still no one cares. But don’t listen to me, I’m a dirty muslim.

Abraheem Dittu is a Pakistani-American writer and poet from Los Angeles. He's previously been published in Cultural Weekly, Flypaper Magazine, The Blue Door Quarterly, The Squawk Back, The Song of the San Joaquin, Inscape Magazine, Ascent Aspirations, The Free Library of the Internet Void, The Pointed Circle, Five 2 One Magazine, Bluepepper, Rigorous Magazine, Holy Shit Journal, and The Oxford Summer Academy Review.

Tags:
Previous Article
Awake and Eager to Start Kicking
Next Article
Does the Starburst Slot Show How Themes of Nostalgia are Still Alive and Well?