When the Martha Graham Dance Company takes the stage at The Soraya this Friday with live music, the four works include one of the legendary choreographer’s best known along with a mystery or perhaps a puzzle that now has an onstage solution. With its Pulitzer Prize-winning score by Aaron Copeland, Appalachian Spring is among the Graham company’s most beloved works. By contrast, Graham’s 1937 solo Immediate Tragedy is one of the least known. Set to a score by Henry Cowell, Immediate Tragedy was Graham’s response to the Spanish Civil War and referenced Picasso’s painting Guernica, but was considered lost, until the company artistic director Janet Eilber and composer/conductor Christopher Rountree gathered the clues to reconstruct or reinvent the music and choreography. The musicians of Wild Up, conducted by Rountree, will provide the dancers with live music for the reimagined Cowell and iconic Copeland scores as well as the other two scheduled works, Graham’s Division of Angels and the West Coast premiere of Andrea Miller’s Scavengers. 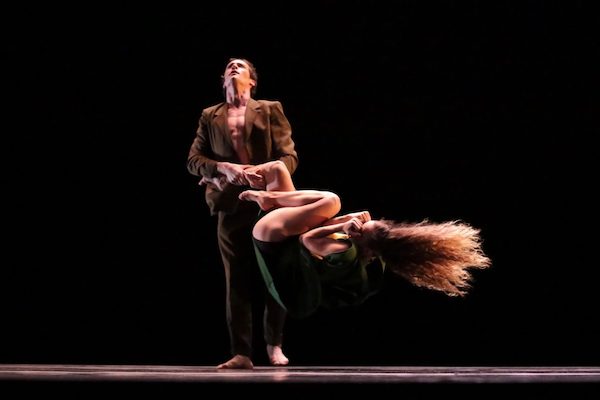 Christopher Rountree answered questions from Ann Haskins about the puzzle of Immediate Tragedy, conducting Copeland, and the special challenges conducting an orchestra for dance.

Q: How did you become involved with providing the music for the “lost” work, Immediate Tragedy?

Rountree: I started working with Martha Graham Dance Company six years ago and soon after artistic director Janet Eilber told me the story about this lost score for Immediate Tragedy.  We talked about it over the years – and at some point Janet asked me to write the score.  This was super exciting. 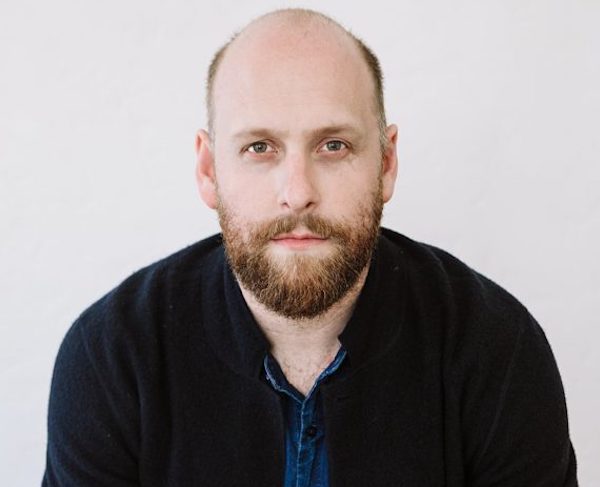 Q. What was the dynamic of creating or recreating the musical clues that existed from the original Cowell score?

Rountree:  Immediate Tragedy was originally a Graham solo created in 1937 in response to the Spanish Civil War. To start, we had one page of composer Henry Cowell’s score. That page included an interlude that precedes the piece and then a transition to the piece itself, the time signature, the key signature, and the tempo, everything you would have before the first bar of music for the actual dancing.

The press review was very helpful.  It talked about the affect of the music and space, and a reference to the Picasso painting Guernica.  Although this is now a work for solo piano, I was thinking about guitars.  A lot of Cowell’s music is about resonance.  He has notes hanging in the air and space, a simplicity of music, perhaps thinking about how humans first created music. 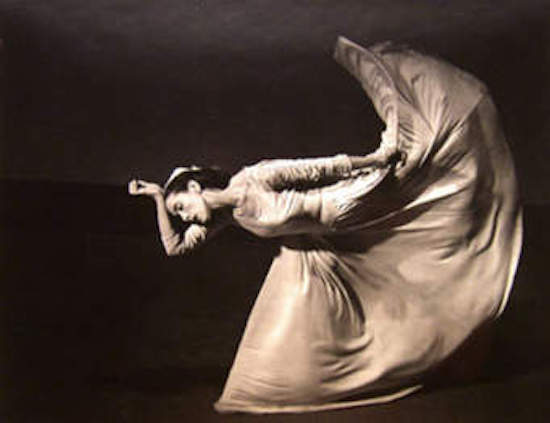 Q:  Other than the bit of score and some photographs were there any other clues?

Rountree:  We have photographs, a press review, and a top-down chart of Graham’s path from the original lighting designer so we were able to figure out how to light it.

Q:  Is the revised Immediate Tragedy the same length as the original?

Rountree:  The first incarnation of this Immediate Tragedy was for 14 dancers and six musicians working on zoom during the pandemic with the idea of putting everyone back to work.  Now we are going back to the original form of a solo dancer, accompanied by a piano.

For that group version I created an “open score,” lead by a piano, but any instruments could play it.  We made different choices for this solo dancer and piano version, especially at the end, which is more contemplative, a little more fraught and less busy.  It is more towards the original press review description of the original Graham work.  This version is a bit shorter since it drops a closer that was for the larger group of dancers.  We are happier with this arc as it now dissipates at the end and we think close to what the original must have felt like. 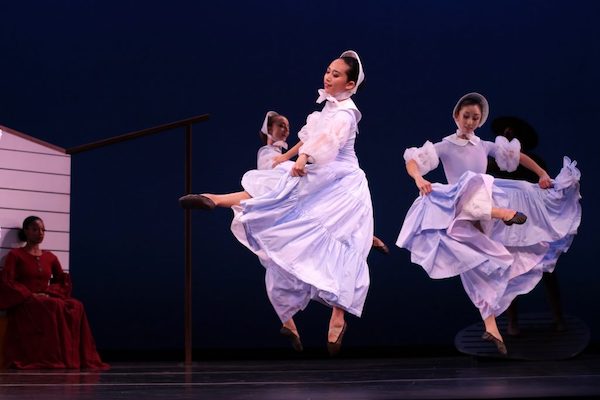 Q:  Copland’s score for Appalachian Spring is so familiar and while written for Graham’s choreography, it is widely performed in its own right.  Is there a difference in how Appalachian Spring or any composition is conducted when being danced than when it is being performed on its own, strictly as an orchestral work?

Rountree:  Appalachian Spring is one of my favorite pieces and a piece that I have conducted the most.  It is one of the repertoire pieces for young American conductors. It’s one we have to memorize because it’s very tricky. Mostly it is performed as a large orchestra piece, and that piece is missing much of the original ballet version.  In 2018, we travelled with Martha Graham Dance Company for Appalachian Spring‘s Paris premiere.

Q:  Conductors generally focus on the musicians,  What are the challenges when you have to divide your attention between the musicians and the dancers?

Rountree:  I’ve conducted Stravinsky, but playing Copland can be trickier, and it does not feel like a lot of other classical music. In concert performance, Copland marked a lot of different tempi than what Graham wanted.

For ballet performances, there are moments when I am focused on the musicians, with certain tempos not going too fast or too slow, until we reach critical moments in which I have to lock in with the dancers. 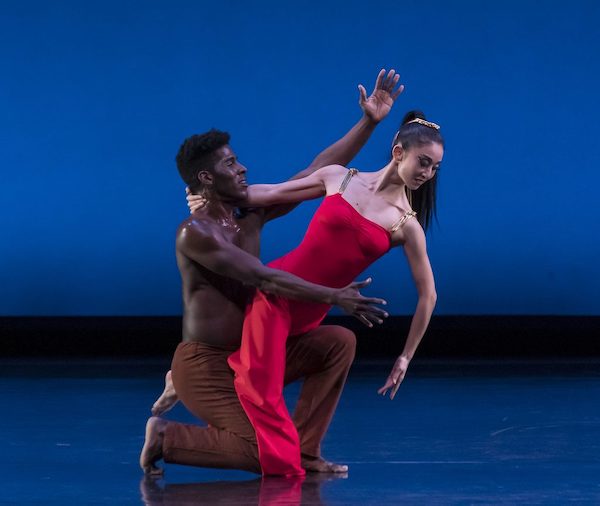 The Martha Graham Dance Company in “Diversion of Angels.” Photo by David Bazemore

Q:  How did The Soraya fit into your collaborations with the Martha Graham Dance Company.

Rountree:  The collaboration between Wild Up, Martha Graham Dance Company, and The Soraya is one of the highlights of my career. It’s a most joyous partnership. I am so grateful that Soraya Executive and Artistic Director Thor Steingraber brought us together. He has been supportive of both companies together and apart.

This collaboration is one of the things I always look forward to. We are about to embark on a large project in spring 2022 with a different and deeper level between the The Martha Graham Company and Wild Up.  All of this is brought about by Thor.  As a young conductor and composer to engage in this lineage is the greatest honor and I am grateful for it.

Tags:
Previous Article
Imagining Out of Chance Associations
Next Article
Karen Poppy: “Diving at the Lip of the Water”