The argument that most attracted me can be found in Chapter Six. It reasons that people abandoned cities throughout history because of epidemics, wars, fires, natural disasters, and recessions, cities came back, and people rebuild them better and safer than before. Why? Because, as Aristotle put it in 350 BC, humans are social animals.

This argument inspired me to bring up some former and present architectural solutions that can apply to some of the current crisis’ problems. To put Zakaria’s and our urban-related ideas within a broader context, I recommend reading his book in its entirety. There is a likelihood that after Covid-19, many people will leave the city life, yet cities will continue to grow. While telecommunication will continue to become transformative both to work and education, human beings like to interact in person. According to an estimate by the United Nations, more than two-thirds of humans will live in an urban environment by 2050. So, the question for rethinking the post-pandemic city is not if it will continue to grow, but how. Urban vs. Rural Projected population by 2050

One of the most critical issues to reconsider is population density. From the sustainability point of view, an increase in housing density can free up agricultural land for food production, diminish the need to commute to work, and potentially stimulate human interaction socially, economically, and intellectually.  Does living in dense societies increase the dangers posed by Covid-19? Not necessarily. For example, dense cities like Hong Kong and Singapore had a very low death toll, yet other low-density and rural areas in the United States had much higher death tolls.

Is the subject of safety a design problem or a policy problem? Most likely, it is a combination of the two. The recently re-elected Mayor Anne Hidalgo wants to turn Paris into a “fifteen-minute city” by making all locations accessible by foot or within a fifteen-minute bike ride. This policy has led to major pedestrian-oriented design transformations throughout the city. 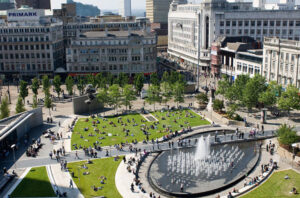 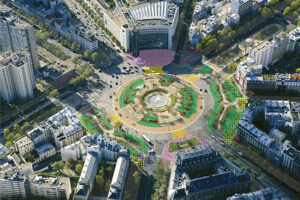 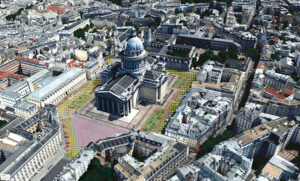 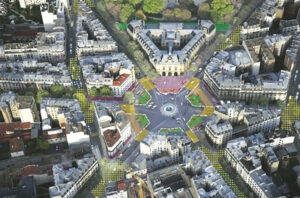 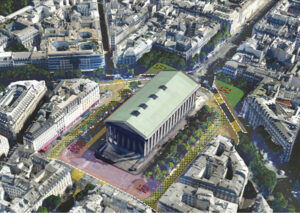 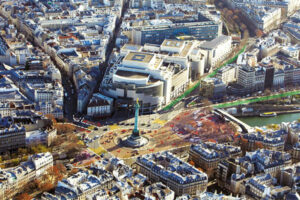 The speculation of whether the earth’s population will reach ten billion by 2050 or 2070 can affect how we collectively plan using the planet’s resources for food and shelter to provide a sense of physical and psychological safety.   Furthermore, there will be an increased need for transportation, healthcare, commerce, and education infrastructure. The size of the land-footprint that we create will affect the way we live our lives.

High Population Density. Paris is a model to consider. Its buildings are 4-6 stories high, zoned as residential-commercial mixed-use. The city is surrounded by trees and plants in the streets and parks.  Aesthetically, it accommodates for contemporary design within a historical context. Culturally, it has an infrastructure that stimulates people’s intellectual growth.

Medium Population Density. The Netherlands is a great example of territorial planning. Only 10% of the Dutch population actually live in a big city. Amsterdam, The Hague, Rotterdam, and Utrecht are connected by highways, allowing many people to commute to work while leaving the country’s heart and soul as the farmlands that the Dutch ultimately wanted to maintain.

Low Population Density. Costa Rica has received a 2019 Champions of the Earth award, the UN’s highest environmental honor, for its role in nature preservation and an ongoing policy to combat climate change. It demonstrates leadership in the use of green energy and the preservation of both forests and oceans. Furthermore, according to the Happy Planet Index, it ranks first in sustainable happiness. 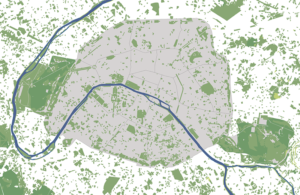 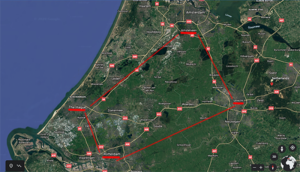 The Netherlands – Farmland within the four largest cities 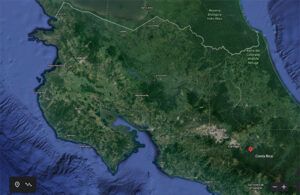 Zakaria titled his tenth lesson. “Sometimes the Greatest Realists Are the Idealists.” While his analysis focuses on policy, I suggest that we can also become inspired by two great architects’ designs.

Frank Lloyd Wright saw policy and design intertwined. When he first presented his 12-foot square model of Broadacre City in 1935, he looked at each individual “broad acre” as a place to enable self-actualization.  The intent was to make room for a large variety of activities, just on a smaller and more personalized scale:

“little farms, little homes for industry, little factories, little schools, a little university going to the people mostly by way of their interest in the ground, little laboratories on their own ground for professional men. And the farm itself, notwithstanding the animals, becomes the most attractive unit of the city.” — Frank Lloyd Wright. 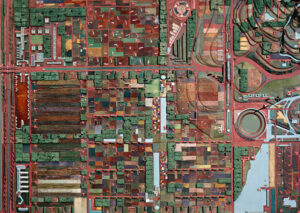 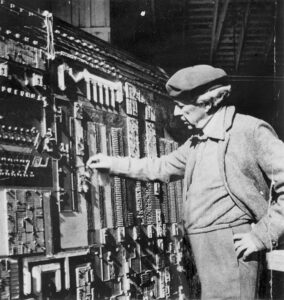 Thirty-five years later, Luigi Pellegrin conceived his new mixed-use model of a spatial structure. He suspended most of the residential units above the areas dedicated to services and commerce. 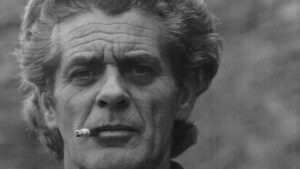 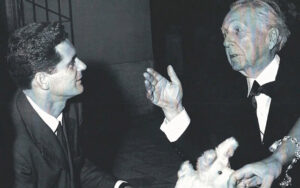 Urban Change with a Stroke of a Pen

Back in 2020: changing people’s minds and rewriting regulations is a long and difficult process. In his conclusion, however, “Nothing is Written,” Zakaria insinuates that changing our mindset is possible.

I would consider changing the residential zoning policies to allow for two units to be built instead of one, doubling residential availability while also making housing more affordable. Furthermore, one could incorporate edible gardens on the balconies and roof, enhancing sustainable living and adding beauty to the surroundings. These “stroke of a pen” modifications could have an enormous impact on American cities while generating millions of jobs. 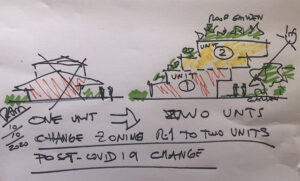 Single Unit to Two Units – A

Single Unit to Two Units – B

For new developments, medium-rise condominiums could be designed in sections, each with its own private stairway and elevator shaft, distributing to 12-20 units, which is considered to be the optimal number for socialization,  according to environmental psychologists. Some areas of the city could be zoned for experimentation, free of obsolete regulations. 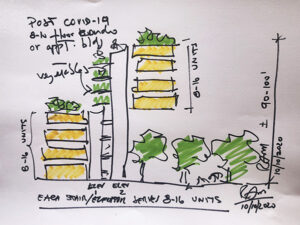 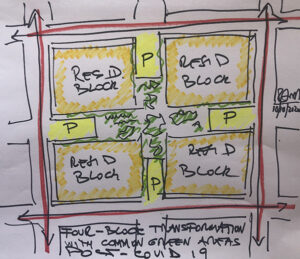 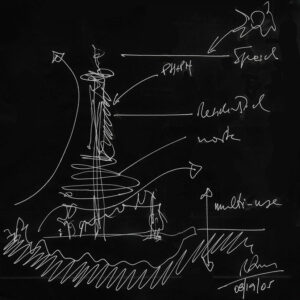 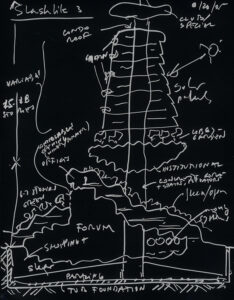 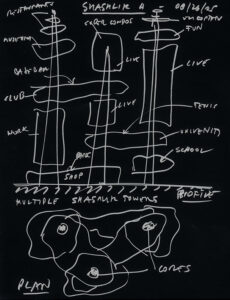 My wife and I lived in Tel Aviv during the summer of 1973, having recently returned to Israel following seven years of studying architecture in Rome and then working for Pellegrin. We were twenty-eight years old young professionals, hoping to create our own practice finally.

The Association of Architects and Engineers in Israel sponsored a conceptual competition to design a 5,000 dwelling-unit neighborhood. The submission deadline was scheduled for November. 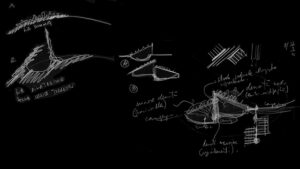 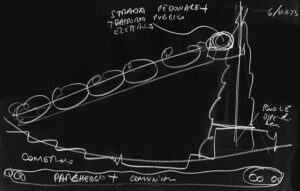 On October 6, the Yom Kippur war started. When the war was finally over, the competition deadline was rescheduled to November of the following year. We had time to rethink. The influence that Wright and Pellegrin had on us was powerfully present in our thinking, along with thoughts about the future of a world with limited resources, projected to reach a population of six billion by 2000 (at the time, the world population was three billion). 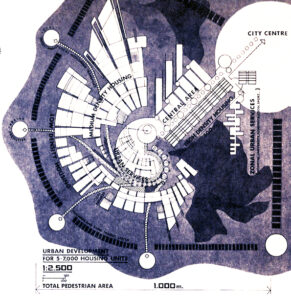 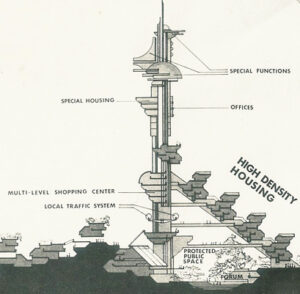 Forty-six years later, after winning the competition, we are facing a post-pandemic future. I still believe that most of the principles that guided our never-built design remain valid. Change for the better is possible.

Tags:
Previous Article
LIFE AFTER BIRTH DISAPPEARS THE ORANGE BLIGHT
Next Article
The Home Place and its “patterns for living”