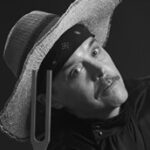 Pushcart-nominated poet Rich Ferguson has shared the stage with Patti Smith, Wanda Coleman, Moby, and other esteemed poets and musicians. He is a featured performer in the film, What About Me? featuring Michael Stipe, Michael Franti, k.d. lang, and others. His poetry and spoken-word music videos have been widely anthologized, and he was a winner in Opium Magazine’s Literary Death Match, LA. His poetry collection, 8th & Agony is out on Punk Hostage Press, and his debut novel, New Jersey Me, has been released by Rare Bird Books. His newest poetry collection, Everything Is Radiant Between the Hates, was published in January 2021 by Moon Tide Press.

Tags:
Previous Article
Can You Be a Mom and Still Smoke Weed?
Next Article
Review: Rich Ferguson’s Everything Is Radiant Between the Hates