It’s Not the End of the World (How Do You Know?)

There’s a national change shortage. And there’s too much
information on the second floor—they’ve had to post signs
around the building that say, “Notice of Imminent Danger.”
They have different procedures in place for what they call
the High-Risk Long-Term Unemployed. I believe that the
syndrome has a new name now, but it used to be referred to
as Great Depression Mentality. This was all linked to actions
taken by Late-Stage Disaster Capitalists. My god in heaven.

Where Do You Live Again?

I met Patty at the cemetery at 8 o’clock in the evening.
I didn’t know exactly where I was going. But I found
Patty at the gates on Dallas, I parked, and we set out
for a walk. Patty told me that the fireflies should be
putting on a good show but that it wouldn’t start for
an hour or two yet, so we’d have time to catch up.

We were in the city, but near the big park, so nature
was on display for us there in the cemetery—we saw
deer and turkey and even a fox, who crossed our path
in a loping fashion. We found a mausoleum tucked
back in a corner of the cemetery and set up shop on
the steps, breaking out beers and a little chocolate bar
Patty brought to share. There was some news to discuss,
but we started talking about our old friend, Tony, and
the stories about him started taking over. I told some
funny old stories about Tony and I was laughing and
before I knew it, I was crying and I didn’t know if they
were tears of joy or grief but I guess it didn’t matter.

The fireflies started up, just as Patty had promised
and so did the mosquitoes—I could feel them sucking
my blood out of me. Because it was June in Pittsburgh,
you could hear fireworks being shot off all around us.

And we talked about photographers for a while and I
told Patty about how my dad, a man of many hobbies,
had said that if he had pursued an artistic calling, it
would have been portrait photography. And we talked
about Teenie Harris and Patty said she once had a series
of Teenie Harris dreams and I thought about how once
I had a series of Richard Brautigan dreams for a while.

And I told Patty about my road trip to see the path of
The Johnstown Flood, from the manmade lake down
to the city of Johnstown and then up to the cemetery
high on the hillside with its massive monument
to the unknown dead. And then we talked about
David McCullough and about his great books.

And Patty asked me, “Where do you live again?”
and I laughed. It shouldn’t have been a difficult
question to answer, but it was at that moment.

And when we left the cemetery, I got in my van
and rolled the window down so Patty could hear
the Ellington song on my stereo and I turned it up
and Patty started dancing there on Aylesboro Street,
dancing in the moonlight across from the cemetery. 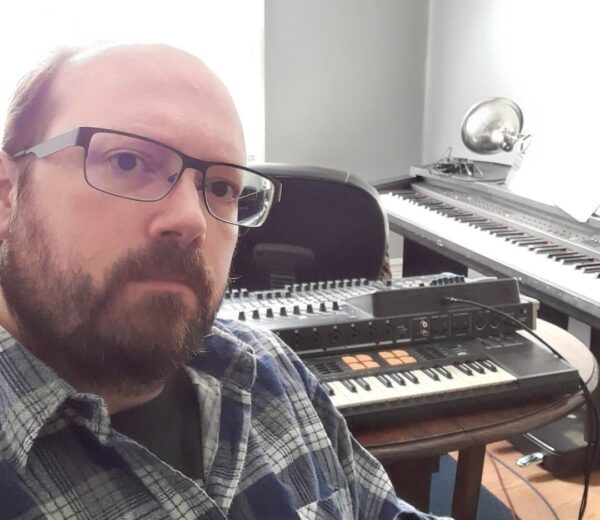 Scott Silsbe was born in Detroit. He now lives in Pittsburgh. His poems have been collected in three books—Unattended Fire, The River Underneath the City, and Muskrat Friday Dinner. He is also an assistant editor at Low Ghost Press.