The Ford Theater in Hollywood

The Ford from Rick Meghiddo on Vimeo.

When you go to the Long Beach Opera, expect the unexpected. The program fitted our expectations: Arnold Schoenberg’s Pierrot Lunaire (1912) and Kate Soper’s Voices from the Killing Jar (2012.), an all-women performance. Jenny Wong directed the music, the choreography was directed by Danielle Agami, and the singing by Laurel Irene. Yet the greatest surprise was its staging at The Ford theater by the Cahuenga Pass, next door to the Hollywood Hall. The Ford is, since its renovation, a hidden treasure, a cultural gem, one of the best-kept architectural secrets of Los Angeles.

In 1918, Christine Wetherill Stevenson (1878-1922) bought a 60-acre land known as Daisy Dell, including the Hollywood Bowl area. An amphitheater was built in 1920 as a venue for the religious-themed Pilgrimage Play. In 1929 a fire destroyed the original theater, and in 1931 a new one was built made of cast concrete to resemble the ancient architecture of the Holy Land. In 1952 the Pilgrimage Theater closed for two years due to the construction of the Hollywood Freeway. It came to a final close in 1964. 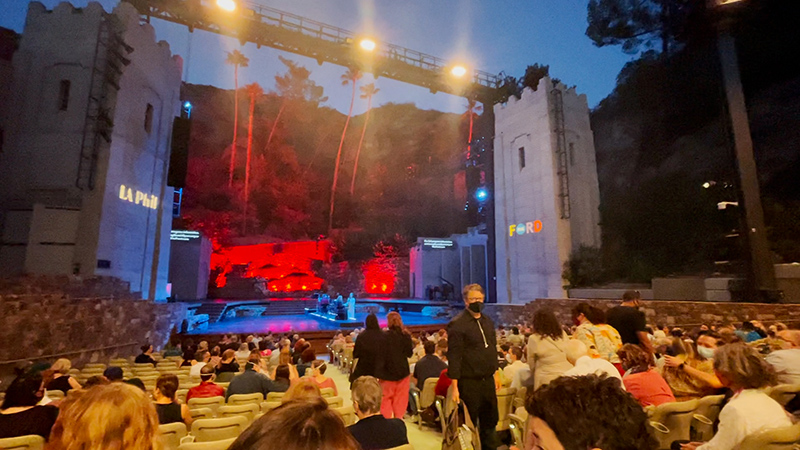 Performance of the Long beach Opera 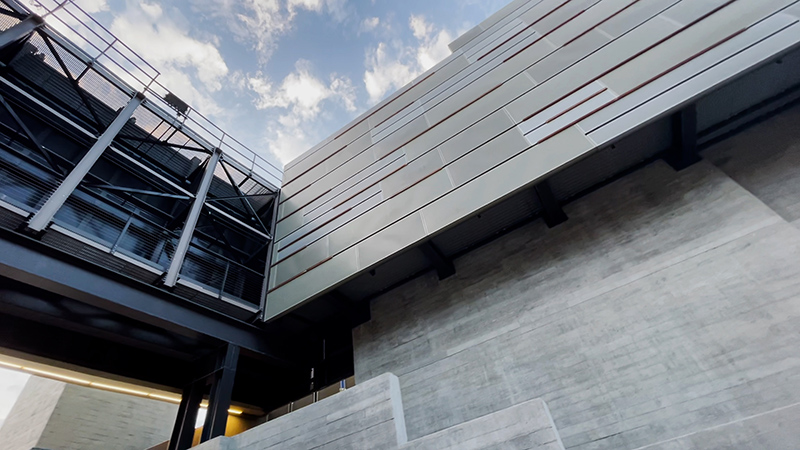 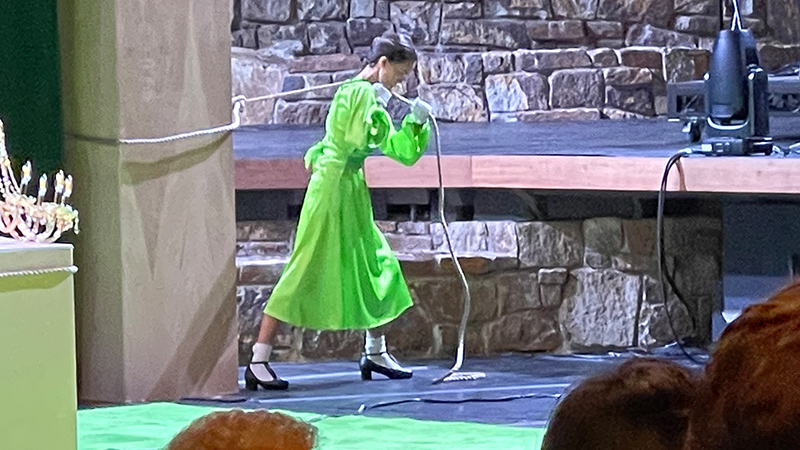 Voices from the Killing Jar

Following popular periodical productions, including rock band performances, an extensive renovation started in 2014, designed by architect Brenda Levin and landscape architect Mia Lehrer. The renovation was dedicated in 2017. In 2019 the theater’s operation was transferred to the Los Angeles Philharmonic.

The Ford’s 1,200-seat setting is unique, not only by comparison to the nearby 17,500-seat Hollywood Bowl but also to classical amphitheaters. The Greek amphitheater was conceived to have a natural horizon behind the stage. The Roman amphitheater had its stage built, and therefore could more easily adapt to urban environments. What is unique at The Ford is that nature beyond the stage is steeply uphill, a background of a different character than historical precedents.

The picnics areas are also very different than the ones at the Bowl; their terracing makes them humanly scaled, more intimate.

The project faced many challenges. First and foremost, a lot of water flows off that hillside. One of the deferred maintenance problems was the infiltration of water into the theater. There was also needed to stabilize the hillside. Acoustics was a significant issue, considering the proximity of the Hollywood Freeway.

Besides its design qualities, The Ford’s renovation stresses the importance of the relationship between a building and the land.