The MisAdventures of Chris Siders 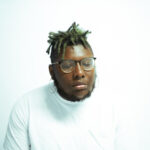 Originally, upon creating this series of short stories in 2017 under the title, Something About September, I intended to talk about my personal struggles surrounding communication as a black man in college in a comedic way. The purpose was and still is to give young black students stories to resonate with as they embark on a new journey being in a new environment. Doing a lot more living, permanently moving back to Los Angeles in 2018 and dedicating time to shadow work I feel this series is much more than just addressing the struggles of communication. It’s about being human. The concept of being human is something that has not been grasped yet, due to a myriad of things surrounding traumatic experiences, toxic traditions, environment, education etc.

Unconsciously, I have been fighting to stay human. More and more I understand why my parents were adamant about getting my education from all black schools or where the population is at least over 90 percent Black. I had only two experiences where I did not attend an all black school. One time in the second grade, where I experienced a ton of racism and isolation being the darkest student. Second time moving to Monterey County for college. Truth of the reality is America does not see me as human.

Being a spoken word artist for 10 plus years I created pieces expressing pain and struggle. These crowds are majority white. They do not understand. I used to (and honestly still do) get despondent over the unwillingness to self-educate. Attending View Park Middle & High School in South Central Los Angeles from 2005-2011 did introduce me to the concept of community, and being around people that look like me. However, it did not prepare me for the idea of navigating different identities, cultures and self-love.

Growing up, I lived in a predominantly Latinx neighborhood. I stayed to myself because I was insecure about my skin complexion and I didn’t like similar things the neighborhood kids were into. At school I noticed, lighter skin tone individuals were treated better amongst the student body.

My father worked as a store manager in Manhattan Beach where white people called him nigger and did everything they could to make him feel inferior. My mother worked as a public health nurse in Watts near the Jordan Downs project housing. Both of them spent their teenage years in South Central Los Angeles attending Fremont High School.

As a child, my father’s side of the family moved to California after being chased out of Alabama by Ku Klux Klan members. My mother’s side migrated from Louisiana and Georgia. I am not sure why they decided to move to California. My dad never went to college and barely graduated high school. My mother commuted to CSU Long Beach, but never finished until the end of my 4th year of college in 2015. 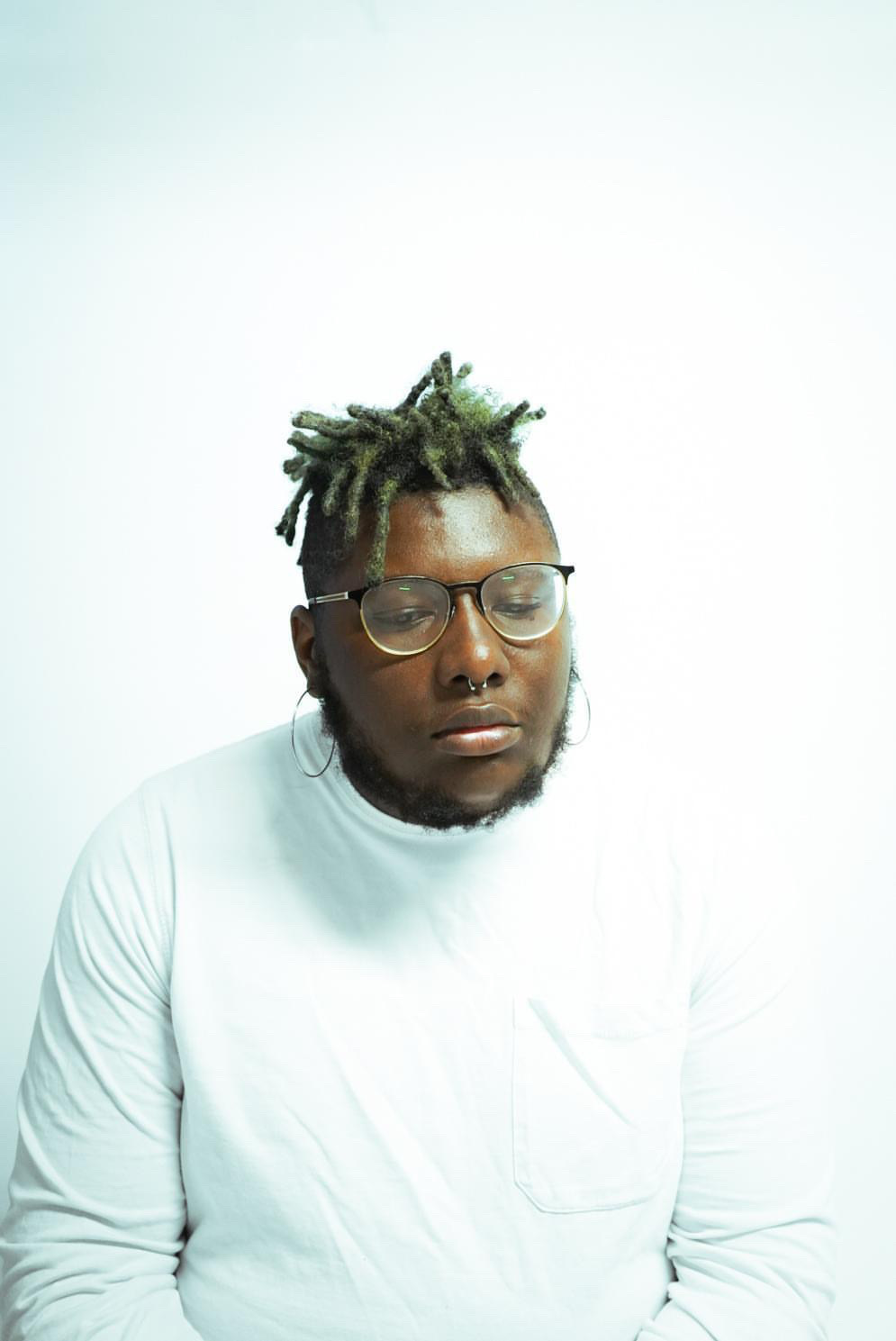 With their unspoken traumas and struggles to provide for me and my older sister they felt it was important for me to go to college and graduate. Also to leave the neighborhood. My parents always shared stories of people never leaving the block or as they put it, “not knowing what lies beyond their backyard.”

Having only lived in Los Angeles my entire life then entering the world of Monterey Bay at 17 I knew there’s so much to explore and learn regarding self. I have only been out of California two times. Once when I was 11 going to Las Vegas with my parents. Another when I was 12 going to New York for a class trip. However, I did not expect to deal with so much confusion in my growth process. I knew pain was going to happen. I’m accustomed to that. It’s just confusion and loneliness.

There’s my identity of being a black man and being three-fifths human in the eyes of American society. Then my identity of being Queer/Pansexual and the belief that there’s something wrong with me due to who I love and sleep with. With this, going to a predominantly white institution in a conservative area that constantly puts on a facade of being more liberal than it really is—-everything becomes hazy.

10 years later, now 27, becoming 28 on the 29th of September. I’m finally getting a hold of not only who Chris Siders is, but the spirit of Chris Siders. I have God and the changes God provided to thank for that. Changes such as, departing from my music group, ShadowsOfSociety, continuing my music career solo, moving on from Monterey County as a performer at the beginning of October 2021, searching for community and friends etc.

Essentially I’m starting at ground zero all over again, but much wiser and with God’s guidance. I call it a second chance at life, especially since this time last year is when I found and gave my life to God after seeing them for the first time on my deathbed.

Hitting the glass ceiling on this adventure for self in Monterey, I started to understand a major component of what it means to humanize self. That component is love. I have a habit of lusting to fill a void instead of searching for love. When God showed themself through love everything started to make sense.

Understanding what “love offerings” to accept and what not to accept. Who genuinely cares for my well-being and who doesn’t. Where I get blindsided. As a community member I recognize people who loved and adored the image of Chris Siders, don’t really know Chris Siders. People adored me because I’m black. People hold an unhealthy love for me as they feel I always have something shocking or profound to say.

Truthfully speaking, I don’t always know what to say nor do I always intend on knowing what to say. I’m just being, and I deserve that respect. I was tokenized and essentially built to be weaponized for causes to satisfy the guilt of my white peers and their agenda.

One of the most beautiful parts of life is having opportunities to fuck up. It’s a privilege. Once you fuck up you understand what not to do. Life and God holds everyone accountable. Mistakes are needed to proceed. I feel I was not granted the privilege of fucking up. I am playing catch up.

Pressure was present from the start. During my years in academia. To graduate college. Learning what I want to spend my life doing. Talking to someone of interest whether it be romantic or intimate. To be a wonderful partner. A great friend. Performing on-stage. To come off as “normal” off-stage. Become an excellent writer, rapper, producer, actor and activist. To lose weight in my modeling career. To be a great son. A great cousin. A great brother.

The added pressure of being black and queer is but not limited to: not dying. To keep faith. Uphold toxic positive views. Allowing self to feel. To constantly teach how we are oppressed to our oppressor for their “understanding.” To prove our innocence. To prove we belong. To prove we are human.

Having pressure makes it easy to get lost. I often get lost in the eyes of others. I tend to let people around me control and dictate my emotions. Speaking to an older cousin of mine I realize I honestly just don’t trust anyone. Not sure how or what brought me to this point. I simply don’t.

During this conversation surrounding vulnerability, she revealed our grandmother got diagnosed with dementia. In the heat of the moment, I felt numb. Not entirely sure what to feel. It’s like I’m just here and another piece of trauma somehow got attached to my body & spirit. I ended up crying myself to sleep.

Now gearing up for this series of short stories, reliving my past to progress forward as well as for others to learn and get inspired from; her memory deteriorates. The pain of my families’ history and the trauma held. I’m glad she’ll be able to finally let go, but at what cost? She won’t be able to go back, relive and cherish certain moments she holds dear.

Getting deeper and deeper with my artistry and business I feel guilty, because I haven’t made time to call. I heard she beat herself up due to my lack of attention. Now there’s a chance she may wake up one day and not even remember my name or who I am.

I cherish the memories God has bestowed onto me. I intend on creating more beautifully joyful moments than holding onto hurt. Generational trauma has caused me to lead with anger and love.

That’s why I constantly fight with myself. I want to dispel the anger, but having a balance of both is all about being human. Ultimately that’s what I yearn for and the purpose of displaying my experience in word.

To finally be viewed as and be Human.