The Poetics of Exacerbation

A recent conversation with a friend brought up the subject of why we die or, to put it another way, why we must and should die. No, this is not an invocation to mass suicide. Before alarming anyone, let me explain. I was commenting on the fact that the world around me is growing increasingly less familiar and that I find myself more of a stranger in it and not of it. That, I believe, is why people die — and should — making way for younger generations

Even though I worked until my early eighties, losing my job did not incite this point of view so much as confirm it. I probably needed to lose the job, not because I could no longer do it, but because I was beginning to find it tiresome and repetitious, while there were younger people with more hunger and appetite for it waiting in the wings.

I say this with neither cynicism nor self-pity. I could afford to stop. It was time for the young, whose world this is, to step up. And time for me to back off and deliver the occasional column on what it’s like to grow older. I would call it The View From… but Malcolm Cowley got there first with his delightful book, The View from 80.  I needed a new title and certainly a different perspective.

You won’t find a litany of aches, pains or medications in what follows. I’m aiming for something else: reviving the moribund tradition of paying attention to what elders think that might include worthwhile ideas developed simply by living so long. It’s a version of the if-youth-knew-and-if-age-could syndrome, things that can separate generations (and sometimes bring them together) such as altered tastes, styles, perceptions, values, affectations and so on.

Cowley’s book was published in 1978. The world has not been idling in the 43 years since, starting with the biggest transformation of all: the tech revolution that tossed us into the Digital Age naked and utterly unprepared. Tech is still in its relative infancy but already it has revolutionized everything.

Until recently, I had rather indolently watched my world and life sail by, largely enjoying both and too busy living to take time for closer examination. Big events — love, marriage, births, children, deaths — came and went, carving their very deep notches. It took another consequential turn when I stopped working for wages.

Those casual six words, when I stopped working for wages, are inadequate to describe the fundamentals of that experience. When you’ve worked for a long time, appreciated the validation of doing it, were lucky enough to really enjoy the people you were doing it with, and still feel that you have things to contribute, not working can be something of a punishment. Like having both hands amputated.

There also is an assumption in the land that you should not work beyond a certain arbitrary milestone and that, if you do, you should overflow with gratitude and not necessarily demand to be paid for the privilege. I’m not sure where that came from, although it certainly does help clear the decks for the young.

Conversely — and assuming you are economically, emotionally and philosophically in a position to see it that way — not working can be very liberating. The deeper question then becomes: what have you been liberated for? What can you achieve, in the remaining years of a generally healthy and useful life that might benefit some aspect of human existence while adding value to your own? No one has an answer to that question for the simple reason that it varies with every individual. So it’s still, as it always was, all up to you.

This state of affairs goes back to how you and others perceive that thing called AGE. Not what you think. In an era infatuated with acronyms for reasons that elude me, AGE, in my book, stands for Advanced Generational Exacerbation.

In her interview in Cultural Weekly some years ago with the director of the film Mr. Turner, critic Sophia Stein wrote: “When I think about my grandparents and their cadence, how they spoke, they’re of a different time…” Not only cadence, Sophia, but also language itself. Today we speak an American that, to be kind, is filled with grammatical laxity and the invasion of a graceless techno-argot that has given rise, among other things, to those ubiquitous and confounding acronyms I just mentioned.

We know “old” is getting younger all the time. Ninety is the new 80. Sixty is the new 50, etc. Yet something I had not noticed until recently is how, as we pile on the years, we proportionately become… invisible. This is not new. I too viewed older people that way when I was younger. Except in rare instances, I saw them affectionately as a reassuring yet peripheral presence. Which they were. (But what, in those heady, passionate, energetic, busy youthful days could be more important than my life?

Now I realize that the older me inside is the same today as it always was, just easier to ignore by others, because of that altered face in the mirror. Aside from the face, things that change with time include becoming more annoyed and distanced by “outside” things. Crowds, for instance (louder, larger, more unpredictable); stupidity (always overabundant); bad behavior (always unacceptable) and repetitive music. Oy, repetitive music — so much of it raucous, rough and louder than it needs to be. The insistent drumming of the beat drills holes in your brain, as if today’s composers had all morphed into untalented versions of Philip Glass.

Getting back to filling time with something significant (or perceived as such), I thought, for about five minutes, of having a t-shirt made for myself that would read FOR RENT in bold letters. But… too public, much too easily misinterpreted, potentially dangerous. My friend M and I talk and laugh a lot about this. We know we still have what it takes (read that any way you wish), but how do we get others to see it? No one, not even Cowley, has a satisfying solution for people like us, crammed with well-honed instincts, useful smarts, plenty of leftover energy — and no place to put any of it.

Older generations are famous for grousing about adverse changes they think they see in the young. But they’re wrong. I know because I worked with a good number of terrific young people and they are us. There’s much more good mixed in with some bad — and it’s not a question of good or bad so much as a question of different. It’s evolution, stupid. Do I like what I see evolving? Mostly no. Does it matter what I like or don’t like? Of course not. I’ve had my turn at bat. All I want is to reclaim some visibility because, hey, I’m still here.

So the idea is to play detective, have a little fun, spend some time perusing the social firmament (as opposed to social media) and see if we, the legions of the exacerbated, can espouse the world’s permutations, mock them, avoid them, embrace them or simply make better sense of them. Not just for our generation, but also for the actively busy ones that will replace us — and in far greater numbers. Are their values really so fundamentallydifferent from ours? I bet not, but let’s find out.

Here are a few things to chew on:

When Julie Kent, a celebrated ballerina with American Ballet Theatre, announced her intention to retire, she was quoted as saying, “It used to be that people wanted to do something, now they want to be something. ‘I want to be a principal,’ instead of ‘I want to dance.’ But being a star and having a fulfilling career are not always the same thing.”

In his column in The New York Times political commentator David Brooks once quoted part of a speech that civic leader, John Gardner, gave to the Stanford Alumni Association 61 years after he had graduated from that college. “The things you learn in maturity,” he said, “aren’t simple things such as acquiring information and skills. You learn not to engage in self-destructive behavior. You learn not to burn up energy in anxiety. You discover how to manage your tensions. You learn that self-pity and resentment are among the most toxic of drugs. You find that the world loves talent but pays off on character. You come to understand that most people are neither for you nor against you; they are thinking about themselves. You learn that no matter how hard you try to please, some people in this world are not going to love you, a lesson that is at first troubling and then really quite relaxing.”

Finally, I believe Dov Seidman, author of the book How and CEO of LRN, which advises global businesses on ethics and leadership, really hit the bull’s eye when he told the NY Times’ Tom Friedman: “The world is not just rapidly changing; it is being dramatically reshaped. It operates differently. It’s not just interconnected; it’s interdependent. More than ever before, we rise and fall together. So few can now, so easily and so profoundly, affect so many so far away. It’s all happened faster than we’ve reshaped ourselves and developed the necessary norms, behaviors, laws and institutions to adapt… Now, we’re not only getting X-ray vision into the behavior of others, we’re getting fine-grained MRIs into the inner workings of palaces, boardrooms and organizations and into the mind-sets of those who lead them…”

The italics above are mine and you’ll get no rebuttals from me. I would add that lately we’ve been getting plenty of X-ray vision into the behavior of terrorists — the usual suspects and the newer homegrown ones — plus some fine-grained MRIs into the mind of would-be tinpot dictators.

The subliminal message in all this is that, no, we are not delusional when we say that the world has changed far more than we have, which is nothing new. But before we start popping champagne corks in self-congratulation, I’ll offer a stinging rebuke from the mind of that iconoclastic sage-of-the-docks, Eric Hoffer. “In times of change,” he wrote, “learners inherit the Earth, while the learned find themselves equipped to deal with a world that no longer exists…”

Touchée. The cure? Adapt or perish, even if we all know that sooner or later the latter will prevail. We, the exacerbated, do need to get out of the way so that the world may continue to change in whatever manner it chooses or deserves. Until then, however, we’ll continue to shake up the discourse, pursue the debate and who knows? Maybe earn a seat among the learners. 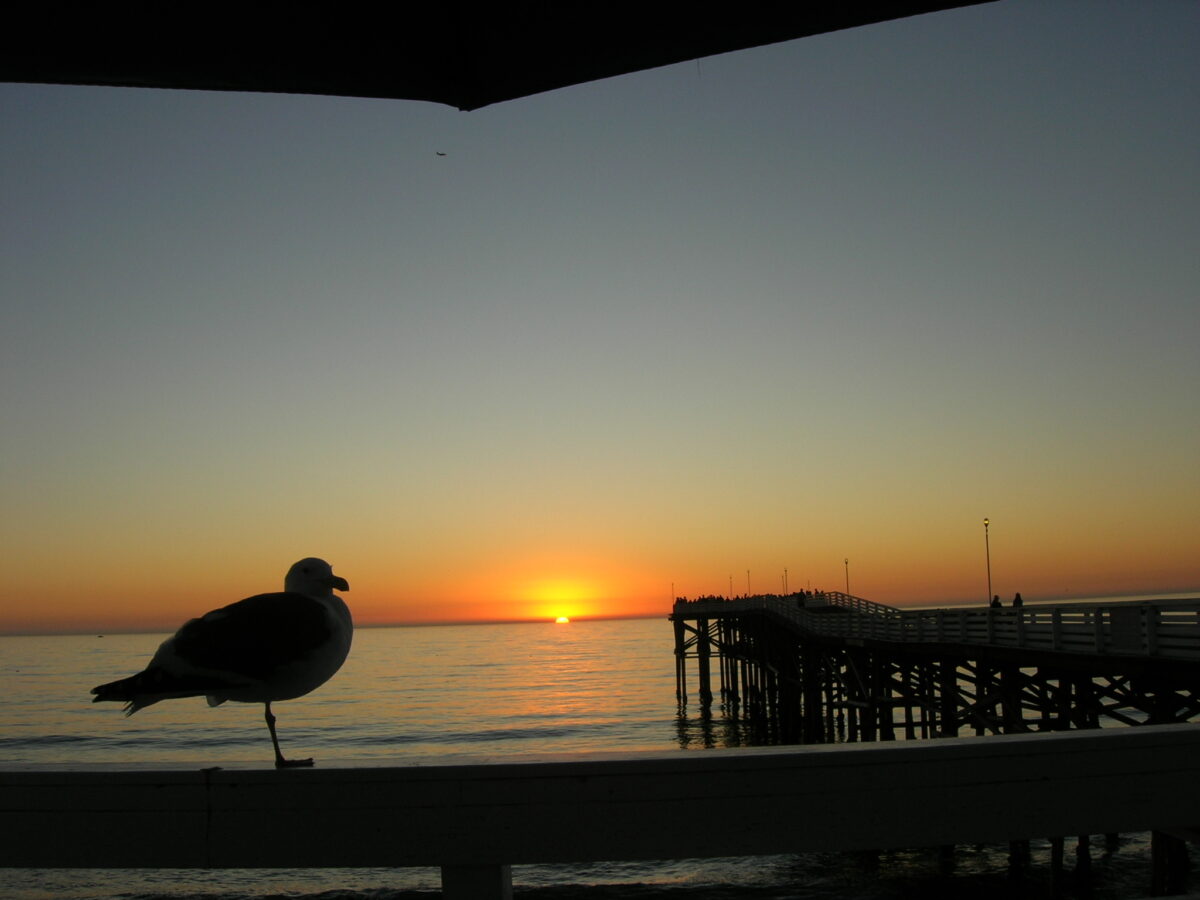 A sense of an ending

An earlier version of this essay ran in culturalweekly in January 2015.

1
Tags:
Previous Article
Reversal of Birth
Next Article
Are Premium Mobiles Worth the Cost?