The Wende — Art and Culture Behind the Iron Curtain

The Wende Museum is a unique depository of memories from the Eastern European countries beyond the Iron Curtain that endured Communism-labeled fascism during the Cold War. It is dedicated to preserving this period’s art, culture, and stories. 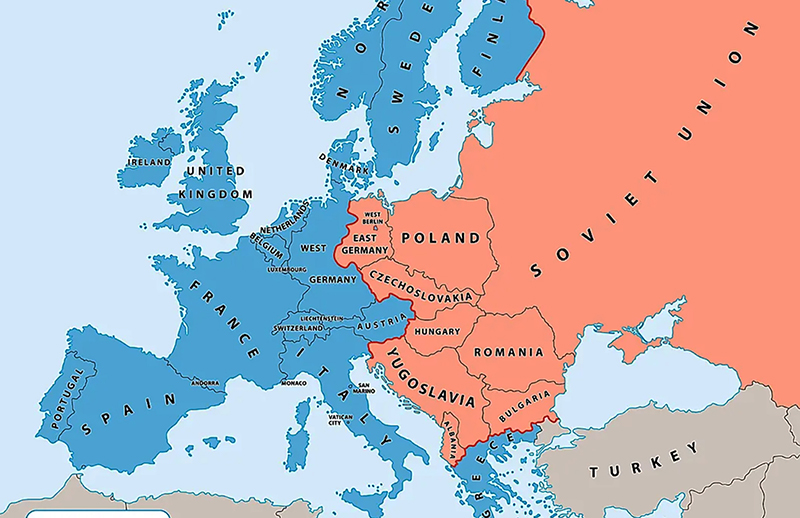 West and East Europe devided by the Curtain Wall

When my friend Elisa Leonelli sent me a recent article she wrote about her visits to The Wende, we followed after her steps. It was quite a surprise. We found very appealing both the museum’s content and the space that architect Chistian Kienapfel of Paravant Architects created within Culver City’s old National Guard Armory. 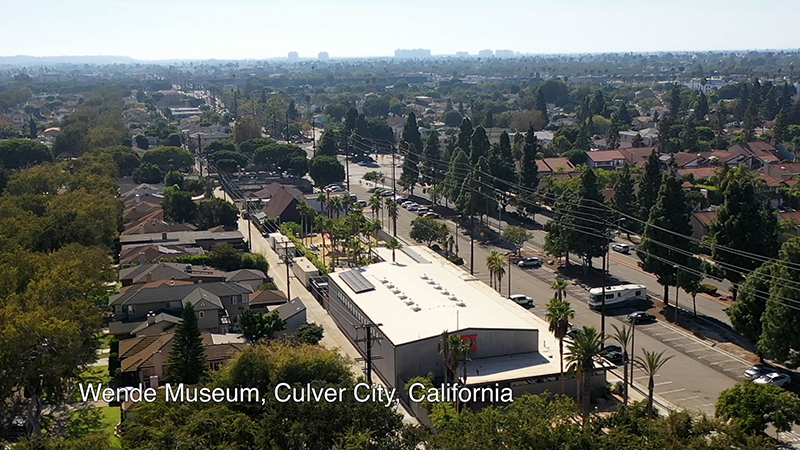 Aerial view of the Wende Museum in Culver City

The Cold War era started by the end of World War II and ended with the collapse of the Berlin Wall in 1989. It was a conflict between American-led democratic capitalism and Russian-led Communism. It includes the atrocities committed by Stalin and the Gulag it created; it includes Russia’s invasion of Hungary and the Prague Spring’s crashing; and it also includes the obsessive period of McCarthyism that contributed to a distorted view of socialism. 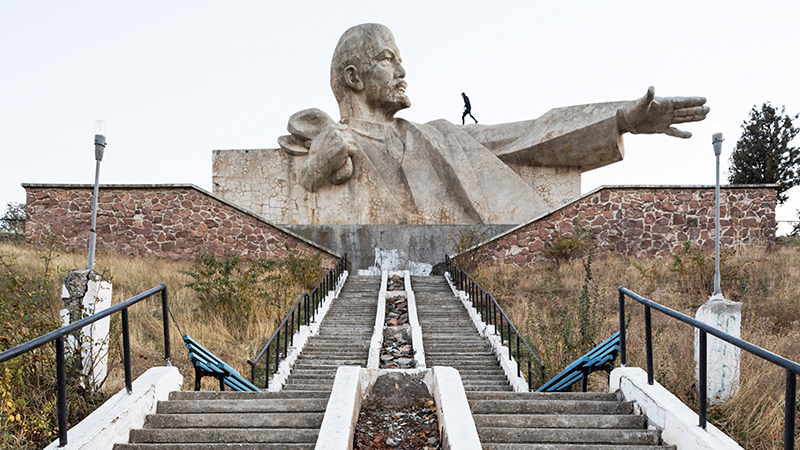 Bust of lenin in Istaravshan, Tajikistan, 1965.

The Wende Museum is the brainchild of Justinian Jampol, its founder and director. It raises awareness to the world behind the Iron Curtain. Arts and artifacts, censured literature and publications, and human stories about everyday life can now be seen, read about, and listened to. The artifacts exhibited in the 13,000 square foot space is only a fraction of the collection, which is more geared to educate and entice curiosity rather than to enshrine masterpieces. Segal Shuart Landscape Architects designed a pleasant rear garden to accommodate outdoor events.

My personal experience with the subject is indirect. I heard stories from Ruth, who spent her teens in Communist Romania. While we were students in Rome, we befriended Romanian artist Ion Nicodim, who in 1963 made a tapestry, Ode to Man, (approximately 32 x 15 feet) that was donated by the Romanian government to the United Nations. We traveled throughout Romania during Ceaușescu’s regime and felt the oppression in the air. In 1976 we visited Berlin when it was still divided. Years later, in 2018, we made two documentaries in the unified city.

The film included in this article brings some visuals of paintings, murals, and monumental sculptures from that period (such as GDR’s painters Heinz Drache and Willi Sitte,) and also artworks by some Eastern European contemporary artists that became famous in the West, such as Christo and Marina Abramović, and younger ones still living in those countries, such as Pazza Pennello (Kyiv, Ukraine,) Jana Želibská (Bratislava, Slovakia,) and Ewa Juszkiewicz (Warsaw, Poland.) 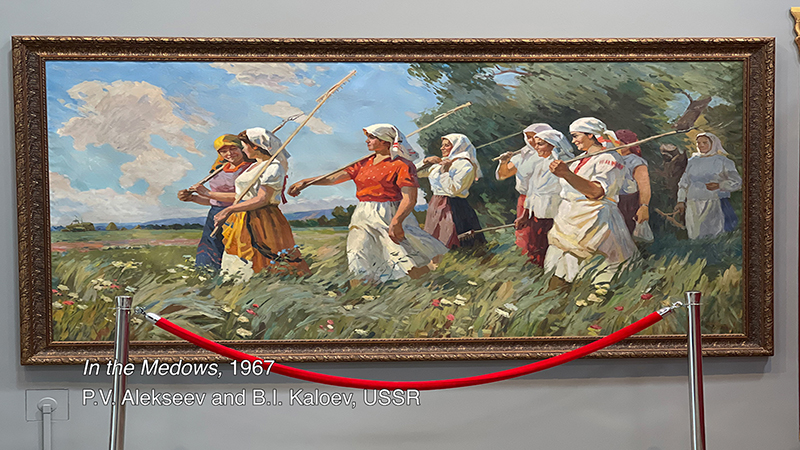 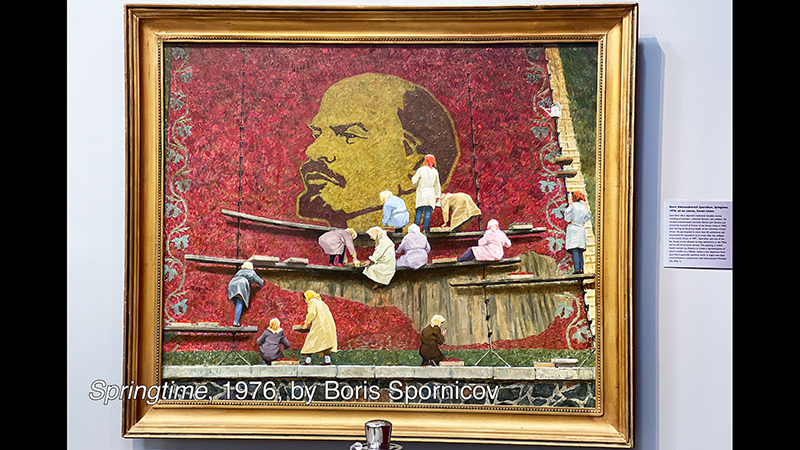 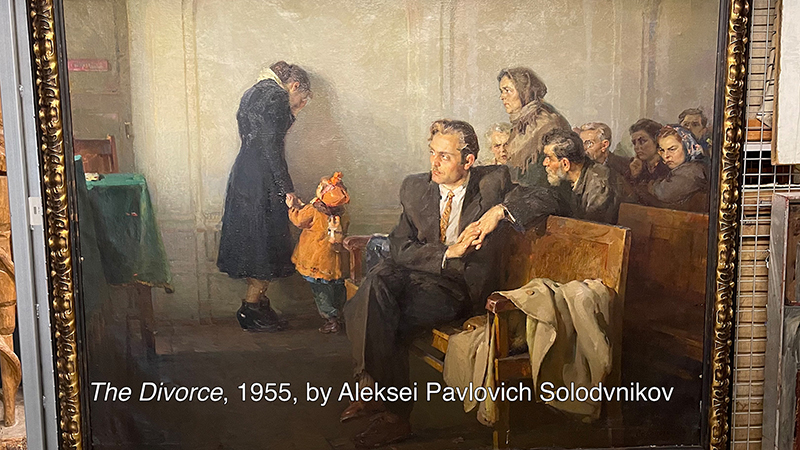 The Divorce, 1955, by Aleksei Pavlovich Solodvnikov

The Wende Museum is an inducement not only to learn about a recent past, but also to us warn about the dangers of fascist movements at the present time. 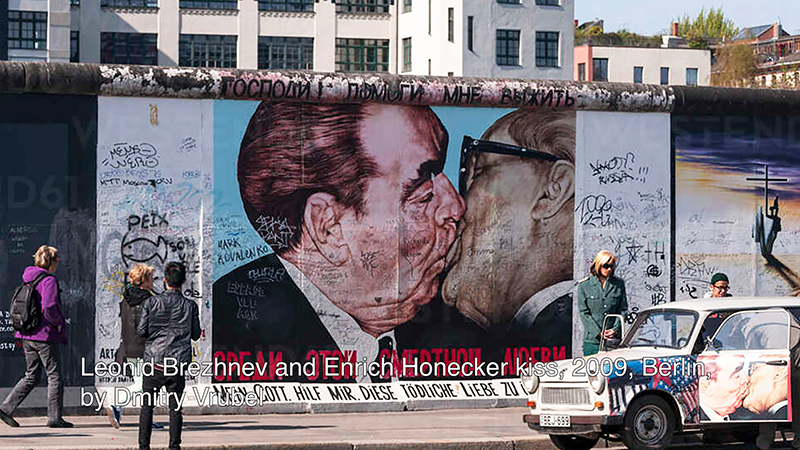 2
Tags:
Previous Article
What Does Sustainable Farming Really Mean?
Next Article
A Trip to Michigan: Enjoying the Wolverine State for Free