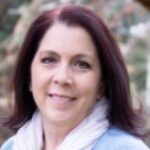 This poem, articulated in perfectly paced tercets, is an exercise of specificity: “My mother pulled out the rhubarb”. This simple action, intensified throughout the poem, becomes a symbol of the relationship between humankind and nature. Without leaving the confined space of this “vegetable garden” the reader witnesses determination, persistence, creativity (“When the garden grows poison, make pie), surrender (“The rhubarb still grows, unharvested”).

My mother pulled out the rhubarb, its roots
squelching her vegetable garden
but later in the summer it came back
as if it had never been bothered.
So she dug a hole beneath it, two-foot deep,
convinced she got every root.
They say, a weed is but an unloved flower,
but my mother would say that isn’t true.
When the rhubarb returned the next Spring,
not unlike my father, she gave up
and watered it plenty, so it wouldn’t filch
nutrients needed by the carrots, tomatoes, and turnips.
When the garden grows poison, make pie.
She harvested the pink-tinted stalks,
chopped away the toxic leaves,
then mixed the bitter chunks
with strawberries and a cup of sugar.
When she tasted it, her face twisted
—she added more sugar and then
even more, before baking it between crusts.
She tried to tell us it’s just like strawberry
but she knows that’s a lie; she never made
the pie again. The rhubarb still grows, unharvested
—big as a mountain lion, wilder than rabbitbrush.

Trish Hopkinson is a poet and advocate for the literary arts. You can find her online at SelfishPoet.com and provisionally in Colorado, where she runs the regional poetry group Rock Canyon Poets, curates the Poetry Happens series for KRCL 90.9 FM, and is a board member for the International Women's Writing Guild. Her poetry has been published in several lit mags and journals, including Sugar House Review, Glass Poetry Press, and The Penn Review; her third chapbook Footnote was published by Lithic Press in 2017, and her most recent e-chapbook Almost Famous was published by Yavanika Press in 2019. Hopkinson happily answers to labels such as atheist, feminist, and empty nester; and enjoys traveling, live music, and craft beer.

3
Tags:
Previous Article
Where To Exchange 1inch To Cardano Safely And Fast?
Next Article
Audiences Are Ready for Change with Caroline and Fire