URBAN FIELD NOTES: The “Ruelle” – Back Alley as Commons 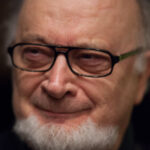 It is a rare Montreal back alley that has that Elysean feel as shown on the feature image.

Most however have the feel of their 19th century origin as simple pathways used for bringing to buildings: coal, heating oil, ice, furniture, etc. out of sight of street traffic, lined as streets can be with self-conscious building façades. (See filmography)

The two young ladies walking into this urban paradise may be going home, or going to pick up their car from its day rental parking spot, or simply going indeed for a pleasant walk away from street traffic, crossing block after block to their destination.

Because of the 20th century street-side relocation of energy, utilities and garbage collection infrastructures, etc, back alleys have known a revalorization as mid-block shared pathways for local pedestrian and car traffic, for private car parking, and still, for some deliveries if not for exploratory play by children.

Depending on their situation in the city, and their historical context, the back alleys use, and consequent ambiance, will be conditioned by their size and topography, and by the type of tenure, occupancy and density of the buildings they serve.

Block demography is a key item in determining the social life of the back alley as children and cars often face off across speed bumps, hockey goals and basketball hoops.

Back alley types and the notion of Commons

Finding a sample of back alley types that physically and socially evoke the Commons experience of mutual help for security and maintenance, mutual respect for privacy and mutual commitment to rituality, demands an ability to “read” them as social environments and, if lucky, to find an informant who resides along one of them.

My friends and colleagues H.D. and B.K. have kindly collaborated in providing information about their back alleys.

A sampler and a first categorization

The small sampler covers what I call instrumental back alleys (just a mean to get somewhere: 1-2) and the participatory ones (that harbor the signs of appropriation and of other Commons type concerns: 3-4) … both qualifiers being usually present, with one or the other dominating.

1 – The back alley in a mixed-use city bloc, near downtown. That is not a view you will see published to attract tourists.

This is a downward view of an alley, taken from a window of the Montreal Museum of Fine Arts. The mixed residential, commercial and institutional uses of the block translate into a variety of security and practical items added to the original buildings, such as exterior fire exits stairs, due to their recent public occupancy, and sundry special storage items such as industrial garbage and recycling containers, as can be expected from such intensive garbage producing occupancies.

The tire tracks on the snowy ground indicate that a clear vehicular pathway to each building is probably the basic item of common interest to block occupants: for ease of circulation of the many types of service vehicles, and for ease of access to rear of building car parking spaces.

Since snow removal is now the responsibility of bordering building owners, this item may be their very basic, instrumental, kind of Commons mutuality of interest and action.

The mural on the side of one of the old buildings may be snubbing the museum or may be defying its planned extension in the bloc, suggesting an added participatory dimension (social-spatial conflict) to the Commons set of mutuality.

All in all, there is here a sense of suspended animation, at the end of a winter day’s business.

2 – The back alley in a mixed high and middle density residential block, near downtown. To the right of the alley entrance is an example of the old middle density brownstone development dating back to the 19th century and, to its left and beyond are examples of 20th century high density one, lining up Montreal’s classy Sherbrooke Street.

Squeezed in the middle, the entrance to the remnants of the back alley is now controlled with traffic lights needed to harmonize the circulation going into, and coming out of, the garages. The various fences, seen in the rear, cut up the city block interior according to each new building’s own parking and service access logic.

The “ghost” of the old back alley appears “surgically” clean, kept so by building maintenance crews, and by a concern for “appearance”… except for the lone garbage bag waiting for pick up in front of the brownstone.

The hard paved and hard edged back alley, given strictly to service and parking circulation, is devoid of any social-spatial Commons type mutuality, but for the timorous high-bourgeois concern for appearance, privacy and security.

After walking and talking the block length of this back alley with my colleague B.K., I have selected this section that shows the junction of the southern low-density part of the block, to the right, with the northern middle-density one, to the left.

The newer duplex buildings of the higher density part of the alley occupy the full depth of their lots, thus creating an uninviting narrow canyon like experience. (see photo in Discussion).

B.K., who resides in one of these duplexes shown above, mentions that the only opportunity for a Commons approach to relating to the back alley is between direct neighbors, particularly when sharing a common side yard that opens to the back alley.

Even then, the occupants’ attitude makes the whole difference between a prison yard (check story height chain link fence to the right), and a play yard ambiance (check the low wood fence to the left).

The sterile back alley is a muted witness to these contrasting attitudes.

After walking and talking the block length of this back alley upon which my colleague H.D. resides and where she has transformed her garage into an artist workshop, I have selected this central strip because it assembles, at once, the expressions of total isolation of back yards, in bottom elevation, from the alley (note the height of the metal fencing keeping the private gardens out of sight from the buildings across the alley), as it does the more sympathetic openness to the alley of multiple occupancy buildings, in top elevation, with their parking lot, their landscaped transition screen and their shaded balconies in top elevation.

Note, in both elevations, how the bordering buildings with adequate setbacks from the alley have kept a functional garage structure that acts as a buffer for their interior courtyard and that generate a rather busy private car circulation.

The shade trees, flower beds, and natural wood and stone in landscaping elements not only soften the alley edges but also replace the missing sidewalk as discrete reminders to the drivers to be mindful of the occupants safety and privacy. They also have the singular effect of discouraging the tags and graffiti that sheet metal surfaces rather invite!

H.D. mentions that children and adults will occasionally come out for a game of street hockey or soccer, depending on the season, using the wide parts of the back alley with the tacit assent of occupants; otherwise the back alley will be a subject to collective action only with respect to conflict between  service and private traffic and to conflicts about snow removal responsibilities.

The necessary Commoners: when little things mean a lot to a Commons experience An image being worth a thousand words, this one shows how some building occupants, along this back alley, have created a Commons spirited welcome for their building access by providing, given the lack of sidewalks, their own transition space out of respect for privacy and out of commitment to the social-spatial ritual of entrance.

Discussion: the back alley as “selective commons”

We have been using the words “back alley” as a self-evident expression, neglecting to reflect on its culturally adopted meanings.

To be in the “back,” as opposed to in “front,” is not to be subjected to public scrutiny and, therefore, to be largely dependent for the social and spatial treatments of the alley on the particular preoccupations of the block occupants (residents, workers) and the rights and responsibilities associated with their particular tenure (renter, owner, co-owner).

As a pathway, the back alley’s potential as a “place” is mitigated; its main advantage is its belonging to the block, as long as the building occupants feel the same sense of belonging to it.

Its main social competitors, according to B.K., are the streets on each side of the block toward which each back alley row of buildings will have a far greater sense of belonging than to the row of buildings across the back alley … sometimes there just is not enough social breathing room between the two sides of a back alley as shown below! This reality has produced, only in selective manner, certain types and degrees of the Commons founding mutuality vis-à-vis the back alley:

Qualified concern for privacy and security will close or open up, socially and spatially, the back alley as Commons.

Qualified concern for self respect and respect toward others will run down or keep up, socially and spatially, the back alley as Commons.

Qualified concern for identification with neighbors will ritually deaden or liven, socially and spatially, the back alley as Commons.

Filmography: (available via Google under film title and name of director)

(A good part of the action occurs in a “ruelle”, the building yards adjacent to it and the streets that it connects to)

Tags:
Previous Article
Woody Allen ‘En Pleine Forme’ — with Magic in the Moonlight
Next Article
Life After Birth gets by with a little help from a dog