Was C.S. Lewis, author of Chronicles of Narnia, an Evangelical? 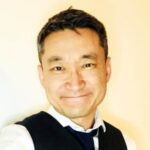 Anyone who takes himself too seriously always runs the risk of looking ridiculous; anyone who can consistently laugh at himself does not.
-Vaclav Havel

“Welcome to Mario E. Wad Center of Wheaton College, the Harvard of Evangelical Christian College,” says the host, Dr. T, a theology professor with a hip trimmed grey goatee wearing a discolored hip Levis, accenting both “Harvard” and “Evangelical;” hard to judge what he emphasizes more.

“We’re here to talk about C.S. Lewis, an Evangelical Christian,” this time, he emphasizes the all important E-word, “Lewis didn’t know he was an Evangelical, but, that is how we should all live our Christian lives, not self-righteous, but subconsciously-righteous.”

Claps. A young man in the back growls, “Yeah!”

Dr. T pauses. When that last line about the lion came to him, he was greatly pleased, and thought it should have the chance to please his audience too. They don’t applaud and he takes it as the silence that usually follows profundity.

“Well, there’s been a little controversy brewing about C.S. Lewis’ faith, whether he was quote unquote  a true Evangelical,” the host laughs and the audience follows right on cue. “Some say his Narnia stories, even with the great Christ figure Aslan roaming through every story whether he is in the scene or not, is too pagan, with witches and talking animals as if animals could reason like human beings implying animals share in the Imago Dei.”

There is a boo and someone shouts, “We ain’t monkeys!” and the crowd erupts chanting. “Creation! Creation! Creation!” Dr. T loves the football game like testosterone in the room but he pretends to want to calm them with the wave of his hand. “So I have invited a C.S. Lewis expert to debate Lewis’ evangelicalism with capital E. Please welcome Dr….”

Dr. T can’t finish his introduction because he is open mouthed in shock for onto the stage enters not a Lewis expert but Lewis himself, oval face, a bald pate, kindly avuncular except for the piercing gaze of his intelligent eyes. Lewis sinks into the sofa and sips the cup of water waiting for him, a stage made to look like a living room which is how all TV talk shows do it nowadays.

“Clive Staples Lewis,” Lewis rescues Dr. T from his momentary loss of coolness, “and since you are talking about my faith I decided to talk for myself since I don’t trust anyone with my faith, especially experts, because they can never change their minds once they make a statement since if they do, they can no longer be considered an expert. Quite a catch 22 isn’t it? An expert can never correct his mistake, his authority is based on unrepentance.”

This insight is lost on Dr. T for he is self-absorbed, that is, he has recovered his cool persona and in deep thought on how he can benefit from this because he realizes what a great opportunity this is, to actually question the author himself, a chance to prove that he is the only true expert of Lewis, that he knows Lewis better than Lewis himself, and, of course, this should get him skyrocketing facebook views.

“Then let’s get right to the point. People are saying that your Chronicles of Narnia has pagan elements. That’s not true, is it?”

“Of course it’s true,” Lewis says with a gentle laugh, “a bit of old Norse mythology, a bit…”

Dr. T interrupts Lewis to defend Lewis’ Evangelical credentials and explains, “you mean you borrowed some elements of storytelling, not that your philosophy is somehow tainted by paganism.”

Lewis’ switches his crossed legs, “We’re all tainted by paganism. The trick is to see what’s true in it, and recognize it as imperfect representation. What you deny, you are ruled by. If we think our image of God is not tainted simply because we label ourselves Christians, then we are true pagans. You American Christians are pagan as they come!”

It’s a joke because it’s true but Dr. T is peeved. “We are a Christian nation!”

“Yes, well, like your Easter bunnies and eggs, that is straight up spring festival only asexualized. And the gifts placed under the Christmas tree as if it was a great altar, chocolate chip cookies and milk left for the bearded God.  They are American and pagan.”

“We don’t put the tree in the sanctuary.”

“All the same.” Dr. T is poised to countermand but Lewis begins packing his cigar.

“I mean, it’s not allowed. For health,” but Dr. T’s eyes are dismissive.

“Ok, how about a pint of Guinness then? My friends and I used to go to a pub, Inkling, where…”

Dr. T lights up, his teeth shining bright under the spotlight on him. “You will be happy to know we Evangelicals are now cool with drinking. We are not legalists! We are not Fundamentalists because we drink!” Dr. T is above himself and Lewis doesn’t understand why Dr. is was so self-congratulatory about drinking but Lewis nevertheless congratulates him on his moral courage to drink beer. Dr T. confesses he only drinks light and American, Bud, and the crowd whoops again and starts chanting, “Bud, Wei, Ser.”

“And free market,” Lewis puts down the cigar and picks up their conversation again once the crowd has quit, “That’s as pagan as they come. The invisible hand of the market that bring everything into the right balance. That’s as spooky as believing a fairy god-mother is going to turn a peasant into a princess.”

Dr. T feels he is the one being interrogated and he doesn’t like this shift of power one bit so he leans forward, his chin on his interlocked hands. “People think you are not Evangelical because you are not orthodox. I disagree.”

Dr. T waits for a word of thanks from Lewis for his patronage but Lewis stares back waiting for the questions he sees Dr.T is afraid to ask. The long silence forces Dr. T to ask them.

“You reject evolution, don’t you?”

“I believe God created and I accept evolution.”

“You believe in a literal Adam & Eve, right?”

“Consciousness and Soul is a mystery, but I believe God gifted us with His spirit. I guess the first evolved beings could’ve been a couple, but I highly doubt their names were Adam and Eve, I mean Adam means ‘dust,’ the story teller is telling you a mythic story, and kind of funny, the man from dust is called dust” Lewis chuckles but Dr. T’s face is serious as a man who needs to use the bathroom pronto!

“So the Bible is inerrant?!”

“The Bible tells us about God and us.”

“You are born again?”

Frustrated Dr. T finally lays down the trump card. “You voted for Trump?”

“I’m a British citizen and dead.”

“You are dodging the questions!”

“Your questions are irrelevant.”

“So you are an Evangelical!” Dr. T is practically standing up. He has to protect his expertise.

“You know,” there is a note of frustration in Lewis’s voice, “There were Christians before there were Americans.”

“Yes! But we recovered true Christianity. Just look at our mega churches and seminaries.”

They stand to shake hands because time is up and many students already filed out for lunch because no matter how exciting a conversation, it can’t quiet a hungry stomach.  While Dr. T is waving good bye to the few students that stayed to the end, he whispers to Lewis through his commerical smile that showcases his wonderfully whitened teeth, “I like you better dead.”

Lewis laughs, “Yes, people preferred Christ dead too,” and it’s a sincere laugh because it’s a genuine joke because it’s all true.

Previous Article
A Dance Festival With a Racial Perspective
Next Article
Largo o Aco: The Voice of Passinho