MAXXI’s celebration of Bruno Zevi’s 100th birthday, with an exhibition on his prolific production as a historian and critic of architecture who influenced many of the world’s best architects of his time, poses an important question: Can Zevi’s ideas, today, help young people to become finer architects in the creation of a better tomorrow? The video that accompanies this blog tries to give, through Zevi’s own words, a visual answer.

Zevi’s capacity to communicate ideas and inject enthusiasm into architects of all ages – and not only to architects – was unique. At the base of his exuberance was a passion for questioning “assumed truths.” He brought to the surface what was meaningful of a particular place, time, culture, and architecture, such as the human scale of Greece, the static space of Rome, the complexity of Gothic space, the movement of Baroque’s space and the “free plan” and organic space of the modern era. He believed that culture and politics should be intimately related, with culture leading politics and not the other way around.

While supporting the positive aspects of 20th Century ‘s Rationalist architecture – the Bauhaus’ architects, Le Corbusier and followers – he acknowledged its limits. He knew that Frank Lloyd Wright’s principles of Organic Architecture where long-lasting because based on nature and history’s essentials. His first books, Towards an Organic Architecture and Saper vedere l’architettura / Architecture as Space, both published when he was in his early thirties, had a powerful impact in Italy and around the world as well.

You can’t read Zevi’s books lying on a couch. They have to be studied. Similarly, the monthly magazine that he published during fifty years, L’Architettura, was filled with content, not about the on-going fashions, but on projects of relevance. John Lautner once said that it was the only architectural magazine he read, and Wright himself considered Zevi one of the few critics he had respect for. When we facilitated the connection between Bruce Goff and Zevi, he published an entire issue on one of Goff’s works.

ZEVI from Rick Meghiddo on Vimeo.

Our relationship with Professor Bruno Zevi spanned over thirty years. To tell of the many stories that surrounded our long relationship through letters and one-to-one discussions would take many pages, but a few paragraphs can give an idea.

As a teacher, Zevi demanded to visit at least once all the important architectural monuments in Rome, and many other across Italy. That meant intense traveling, photographing, writing notes and drawing. We made many trips throughout Italy and across Europe together with our French friend Bernard Lege in his Citroën 2CV (“deux chevaux”).

Occasionally, Zevi and his wife Tulia invited us to have lunch with distinguished guests. One of these was Carlo Scarpa, and his wife, who told us about his recent visit to Louis Kahn’s office in Philadelphia.

Zevi was the tutor of both our graduating theses, and Luigi Pellegrin was our co-tutor. When we first met him, at midnight in his studio, we had a two-hour conversation. We remained in close contact with him until Pellegrin’s death in 2001.

In 1971, when we made our “Wright pilgrimage” across twenty-five states, Zevi introduced us to Edgar Kauffmann Jr., then the director of the Industrial Design Department at MOMA, who facilitated for us exclusive access to Fallingwater. We spent there three days walking in and around, observing and photographing.

In 1975 we won the first prize for a conceptual design competition on high density in Israel. He wrote about our project in an article published in L’Espresso. When we finished our first small apartment in Tel Aviv, he climbed ten floors – the elevators were not functioning – to visit us. He asked to send him photographs of it, and also of a project for a memorial in the Golan Heights which we had not won. Over the years he published several of our projects in L’Architettura: our house in Westwood, which was the first on record to have had solar panels and a vegetable garden; and our Senior Housing project n Jaffa.

For New Year’s Eve of 1988, we visited Rome with our daughter Gabby, who was then eight years old. As it rarely happens in Rome, the city was covered with snow. It was a unique event. Tulia Zevi invited us for lunch. As Professor Zevi was playful with our daughter, she shot a memorable photograph of him. Letter to Gabby Meghiddo: “Dear Gabriella, you are the nicest in the family. When do you come to Rome? Dettached regards to your parents. I embrace you, Bruno Zevi.”

We met Zevi for the last time in 1998, when returning from a three-week workshop in Palermo between Italian, Israeli and Palestinian architects. The news of his passing, in January of 2000, reached us in Los Angeles, while on a short visit at the turn of the millennium. When we returned to Tel Aviv, I wrote “Pronto Professore.” The poem was later on read at the Italian Cultural Institute in Los Angeles by poet-actor Jack Grapes.

On writing upon his death, Thomas Muirhead wrote in The Guardian (February 29, 2000:) “Zevi was a major architectural scholar and polemicist. With his passing, suddenly everything has gone flaccid; it is a disaster.”

It is now time to go back and learn from Bruno Zevi “How to Look at Architecture.” 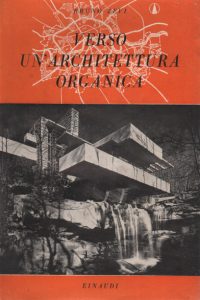 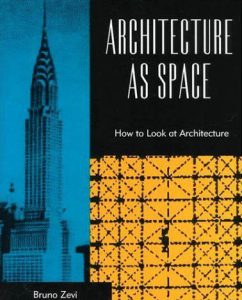 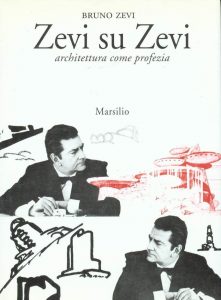 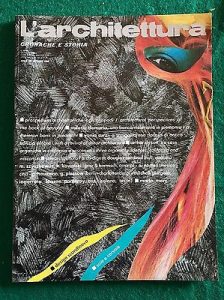 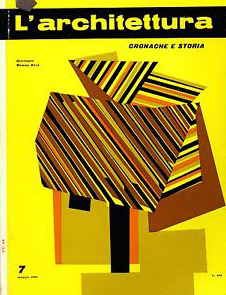 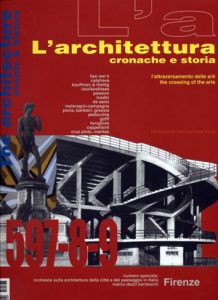 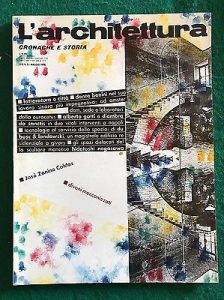 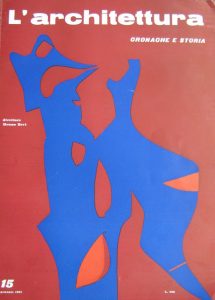 Tags:
Previous Article
Not An Artist at the IIC LA
Next Article
On Rex Ingamells